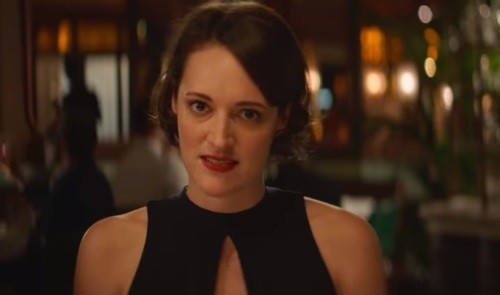 Two weeks ago, Saturday Night Live’s host was Phoebe Waller-Bridge, who gave a monologue that was an amazing one: because it put women, and our experiences and desires, front and center. Waller-Bridge is an English writer, comedian, and actress. And now, Waller–Bridge is also an Emmy Award winner, having won 3 out of 4 Emmy Awards she was nominated for this past September for both writing and starring in Fleabag.

Waller-Bridge added that she’s been asked often if she’s similar to her character in Fleabag. She describes Fleabag as “sexually depraved, foul-mouthed, and dangerous” and continues by answering with “I always have to say to them, ‘Yes, you’re absolutely right.’”

Monologues like Waller-Bridge’s are needed: those that inspire women who are not only aware and know of what women go through, but encourage them to motivate themselves and be themselves in a male-dominated sphere. SNL has historically not been the best place for women and has even been called a boys' club: having a woman known for telling our stories onstage, joking about phenomenons only we might understand (Fleabag's love interest is so dreamy, Waller-Bridge jokes, because he listens to her), was special.

Comedy is worth learning about, and has a quite a long history. In this Ted Talk, Chris Bliss says it’s a type of translation into understanding our society. SNL, a show often considered the forefront of mainstream comedy, has a responsibility to reflect the world we're living in with their cast and their hosts.

According to The New York Times, Fleabag is a show that “seduces us, then accuses us,” the audience. Waller-Bridge’s protagonist flirts for and with attention, and then pushes it away; she uses a method that’s called “breaking the fourth wall” to connect with her audience, looking into the camera mid-moment to let the audience know her thoughts, whatever those might be. As the show goes on to its end, this becomes limited, with Waller-Bridge setting limits and, in a way, giving her character more privacy. However, this privacy is what might have enticed the audience to perhaps want more, which is probably why it won for best comedy.

Looking Back At The Case Of Aziz Ansari

Lilly Singh Has A New Talk Show, And It’s All The Talk

Tags: Phoebe Waller-Bridge , SNL , Saturday Night Live , Comedy , Feminism , Fleabag
Support Feminist Media!
During these troubling political times, independent feminist media is more vital than ever. If our bold, uncensored reporting on women’s issues is important to you, please consider making a donation of $5, $25, $50, or whatever you can afford, to protect and sustain BUST.com.
Thanks so much—we can’t spell BUST without U.