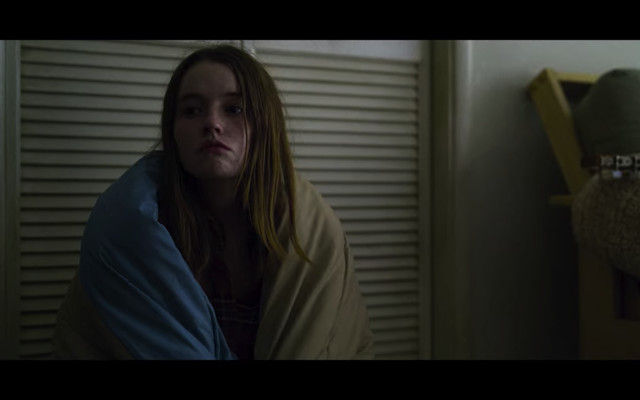 Netflix recently released a mini-series, Unbelievable, based on The Marshall Project/ProPublica article “An Unbelievable Story of Rape.” The series tells the true story of Marie Adler who was raped and then, when she tried to report her case, was silenced by male policemen and shunned, only to be validated years later by two female detectives.

Marie (Kaitlyn Dever) has spent her life in the foster care system and then living on her own. When we meet her, she was just assaulted by a man who, we later learn, was a serial rapist: she’s brave enough to report it after the horrific night, but isn’t believed. She details the night to the police, who convince her that’s she’s crazy and lying, and perhaps dreamt the incident.

As Marie says later, this ruined her life. She loses friends and credibility, and is charged with making a false accusation and fined $500. The mini-series starts with Marie’s case and then fast-forwards a few years to another very similar assault in a different state: but this victim (Danielle Macdonald) is believed by a compassionate female detective (Merritt Wever), who decides to stop at nothing to find the assailant. She teams up with another detective (Toni Collette) to get to the bottom of the story.

Before her path crosses with these detectives, Marie, who is charged with lying, is mandated to go to therapy, and she's surprised with a therapist who's able to get her to open up and who ultimately believes Marie's story. The therapist says, "I just wonder if there’s a way to think about it, about how you might manage this kind of injustice, if it were to happen again,” and Marie answers that she’d just lie even earlier on, because the truth is inconvenient.

Social psychologist Ines Hercovich, who studies sexual violence against women, examines in her Ted Talk why women stay silent after sexual assault: psychologically, she says, it’s due to awareness, shock, and going mute. Silence might even start to turn into a safe haven for victims, especially if and when they aren't believed. On Unbelievable, we really see a difference between what happens to survivors who are believed and the ones who are written off from the start.

The real Marie Adler responded to the Netflix mini-series show, calling it "excellent"; she said it was hard to watch, but that she was glad she did. She responded to a few scenes in particular, including the conclusion when — spoiler — the assailant is caught, and onscreen Marie is brought to justice. "Seeing him get put away, that was closure for me," she said.

Unbelievable is available to stream on Netflix now.

Tags: Rape , Sexual Assault , Feminism , TV Show , Netflix , feminist , Netflix , tv shows
Support Feminist Media!
During these troubling political times, independent feminist media is more vital than ever. If our bold, uncensored reporting on women’s issues is important to you, please consider making a donation of $5, $25, $50, or whatever you can afford, to protect and sustain BUST.com.
Thanks so much—we can’t spell BUST without U.