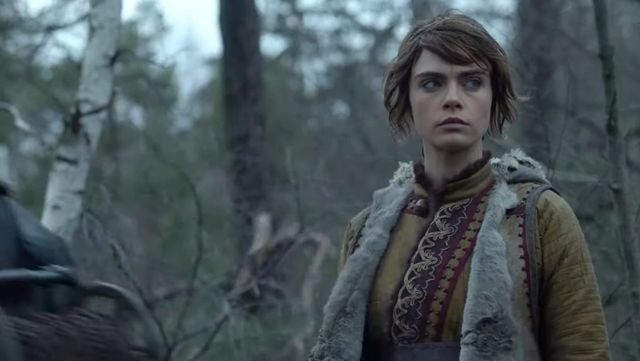 Since the rise of civilization, empires of man have always forced innocent people to be displaced. There are many names we give those seeking a new home after displacements. Refugee, asylee: but no matter what status they may be provided, they are all immigrants.

“I think, first of all, it was a great gift and opportunity of stepping into this show because it was so timely,” Orlando Bloom said at a press conference at San Diego Comic-Con last month. “It did feel like it spoke to a lot of the issues and with relevance to what is happening in the world today.”

The show is inspired by William Shakespeare, today’s headlines, and folkloric mythology, and it’s costumed in a Victorian fantasy world. Carnival Row is a new show that will entertain audiences while also reflecting on how immigration, racism, and xenophobia affect this world.

The show takes place during the 7th century in what we can presume is an alternate universe. A great war broke out between two human empires. In that time, mankind knew little of the world of the fey. Colonists are seeking to expand their empire, and they accidentally find the world of the fey and take over their lands, claiming alliances.

Seven years after a pointless war, all magical creatures are essentially refugees. The leading empire ravaged their lands, forcing them to move. The fey is forced to live together with humans in the bustling city — the Burge. The fey (or creates, as they are called) have minimal rights. Many come to the Burge with little to no money and must work as indentured servants. With scarce resources and even fewer rights, most fey live on Carnival Row.

Delevingne and Bloom play former star-crossed lovers, but the story is great because their relationship is not the driving force of the story – though it is an important part of it.

“One of the things we found through writing the show, we got really good at wrestling with issues at the time but in a way that’s very personal, very connected to character and doesn't become a polemi,” Executive Producer Travis Beachman said at the press conference.

Unfortunately, xenophobia and racism toward those who are different is not new. What makes Carnival Row interesting is how the show can explore contemporary social issues while also creating a fantastical world.

“You are going to see LGBT issues dealt with as well as racial issues and religion. We try to make it as messy as possible,” Beachman told BUST.

Shakespeare’s influence is undeniable and a treat for all literary nerds watching the show: there are character names such as Portia and Imogen, and a side plot incredibly similar to The Merchant of Venice. The fantastical diverse show also looks at how we view the “other,” but also how we see each other and hierarchy even among the most privileged.

“It’s Dickensian in its scope, and we’re trying to see as many different subsects of the population as possible,” Beachman said. “I think fundamentally what this show is about is how all of those intersect and how they all affect each other and how the actions of one group affect the other.”

The show also does a fantastic job of also looking at sexism and how women are oppressed. In this complex world, privileged women are also forced to push back against the rules of society—a wonderful example is Tamzin Merchant, who plays the well-off Imogen and is treated as a doll.

“In dealing with this Victorian world, we are dealing in a world which is perhaps the most explicit point in history, when we are like ‘here you’re going to have to wear this corset, you’re going to do what we say, this is the man’s house, not your house,’ and what that creates is an opportunity to really feel the drama of pushing against that,” Beachman told BUST.

“The themes that I think are really relevant to the struggles that are going on today with Imogen is that she’s really searching,” Merchant told BUST. “She wants to break out. She’s a caged bird when we meet her and she’s trying to find something more meaningful, and I think that’s what a lot of women that we know and respect are trying to do in an authentic way.”

The writing and acting are of a literary caliber that entertains without preaching to audiences. The imagery and detail given to every scene in the show are fantastic.

Bloom, who had his big break in Lord of the Rings, said that his standards were very high after the box office smash – but working on Carnival Row exceeded his expectations. One particular scene Bloom loved filming on Row was in the shop of a fairy-witch.

“I was overjoyed to walk down Carnival Row and see the level of detail,” Bloom said at the press conference. “It was the thing that was so exciting when I read the script I was like, ‘Wow, I don’t think I’ve seen this before.’ And I love this fantasy world because I feel like you can go and explore places, but to see it visualized and created, was just... I geek out over stuff like that.” 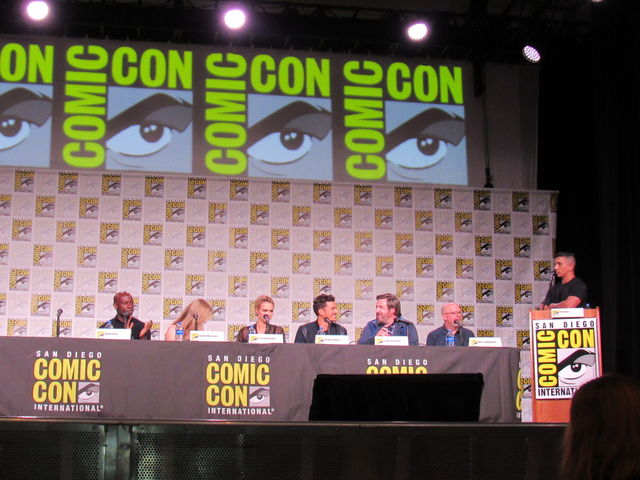 Carnival Row is a fantastical world, beautifully detailed, visually stunning with many captivating characters and stories, and the show was renewed for a second season before the first season premiered. I am no oracle-fairy, but If I were a gambling woman, I’d say it will become an instant new fantasy favorite.