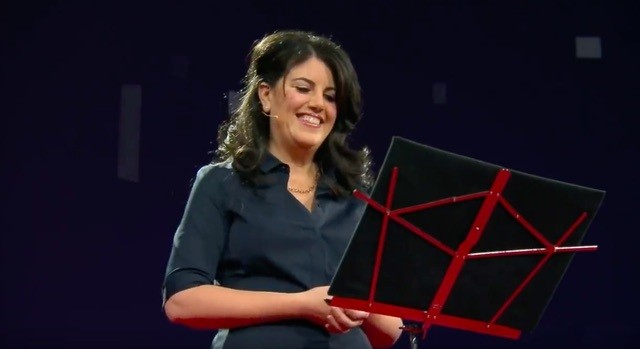 Monica Lewinsky is having a week, to say the least. Besides driving the internet crazy with the best tweet of the entire Trump Administration, Lewinsky is making big news with her newly found role as a producer. And after 20 goddamn years of other people telling her story, Lewinsky is taking back control of what’s rightfully hers. Set to premiere September 2020, the third installment of the FX series American Crime Story will focus on the 1998 and 1999 impeachment trials (and hopefully give this history some much-needed perspective, to say the least).

I'm so happy Monica Lewinsky is finally being allowed to reclaim her story. I will never get over how flipping YOUNG she was when it all happened. https://t.co/gsDMFcM7Gr

This is only Lewinsky’s second time signing onto one of the countless productions made about her time as a White House Intern and her life during/after the Bill Clinton impeachment proceedings. Though Lewinsky has become an established author and activist since her days in the Clinton Administration, time and time again her story is used without her input or perspective to make good T.V., movies, and headlines. Yet, Murphy, the acclaimed T.V. producer, and creator of American Crime Story has already made an essential departure from the rest of this crowded and sensationalist field by requiring Lewinsky’s approval. Murphy said to Lewinsky, “Nobody should tell your story but you, and it’s kind of gross if they do. If you want to produce it with me, I would love that; but you should be the producer, and you should make all the goddamn money.” It’s hard to believe it took TWENTY years for this standard to be met by someone telling her story but it’s been a long time coming. Light applause for Murphy.

"Anyone who is suffering from shame and public humiliation needs to know one thing: You can survive it." — Monica Lewinsky https://t.co/woI57hKtIj

So far, there are good things to expect from this series. In addition to Lewinsky as a producer, the female writer Sarah Burgess will be writing the show’s third installment. Likewise, the first and only actors currently signed on are all badass women and will further feed the Beanie Feldstein obsession we’re all harboring. It’s safe to say all eyes will be on product of this female powerhouse in 2020. To second Lewinsky herself, “I’m so grateful for the growth we’ve made as a society that allows people like me who have been historically silenced to finally reintroduce my voice to the conversation.” We’re grateful for you too, Lewinsky.