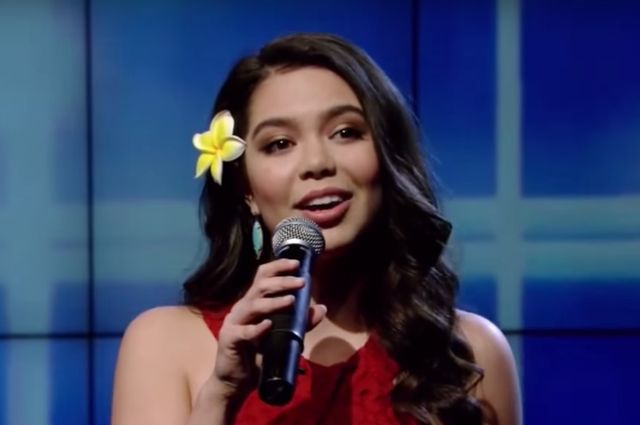 ABC just announced that they have cast Auli’i Cravalho, the breakout Moana star, as Princess Ariel in a new live production of The Little Mermaid. Cravalho’s voice acting and singing stole the spotlight in the 2016 instant classic—now she’ll showcase her talents on stage.

At 18, Cravalho has already established herself as a versatile actor. In the live concert TV special, she’ll appear alongside co-stars Queen Latifah, who will play everyone’s favorite villain Ursula, and Shaggy as Ariel’s snarky sidekick Sebastian. The Wonderful World of Disney Presents The Little Mermaid Live! is expected to be a menagerie of live action and animation and even puppetry, according to Huffpost. It will weave music from the original film, composed by eight-time Oscar-winner Alan Menken, with songs pulled from Glenn Slater’s Tony-winning Broadway musical adaptation.

And this might not be the first you’ve heard about The Little Mermaid lately. Disney’s also launching a live-action film that will star Melissa McCarthy and Awkwafina, among others (see the link below for more on the implications of Melissa McCarthy's casting). The film's still in the works for next year. Meanwhile, production of ABC’s The Little Mermaid Live TV event is well under way. The musical is set to air this November 5th to correspond with the original film’s 30th anniversary.

What the Ursula Casting Tells Us About Roles for Fat Women