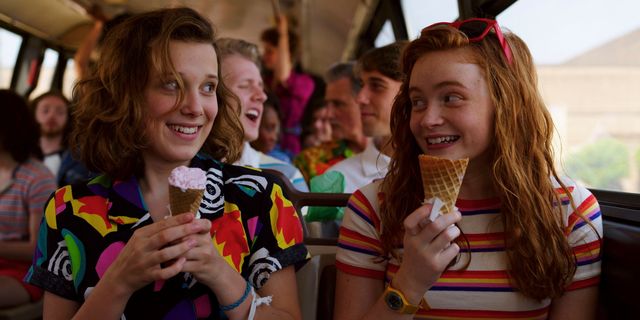 During the 4th of July, most of the country spent time with family and friends marveling at the fireworks. Others, like myself, stayed in to binge-watch Season 3 of Stranger Things. While watching the episodes, I couldn’t help but wonder each character’s astrological sign. So, here is a list of the Stranger Things Season 3 cast by star sign—you know I had to make one!

She may not be a “nerd,” but Erica is as fierce as it gets! Her bravery and spunk command the attention of others, just like the ram Aries. Not only does Erica help solve the Starcourt Mall drama, she faces the enemy head-on—with attitude.

With her earthly flair for glam and advice, Max is the ultimate Taurus. Plus, she’s an unwavering friend to El, even guiding her through her relationship dramz with Mike. Not only does she stand up for her gal pal, but she even gives her a makeover with a hot “new look” that can rival any ’80s punk band.

To be fair, Gemini is the sign of duality and in Season 3 of Stranger Things, he does wrestle with being a good boy vs. being a bad boy. This is super transparent when he faces off with the Mind Flayer after leading “The Flayed” to take over the town of Hawkins. Yes, has a wild side—but, deep down, Billy has a good heart, similar to the dichotomy of our favorite celestial twins. 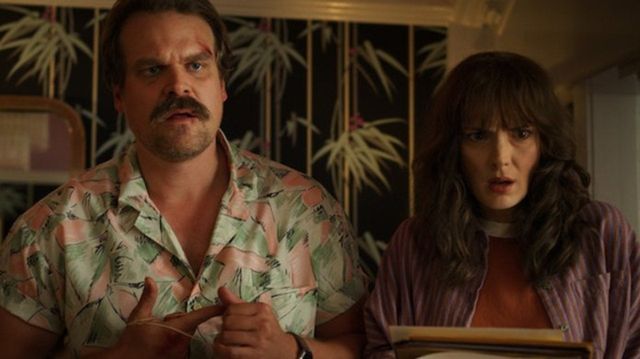 Cancer is the sign of endless love—and who better to cosmically rep the wholehearted sign than Joyce and Chief Hopper? After all, they leapt to other dimensions to slay the Demogorgon and the Mind Flayer with the intention of saving their kids (much respect to them!). Always protective of their kin, they guard their family from evil at all costs.

As a Season 3 addition, Dr. Alexei is all drama—even though he doesn’t even speak English. He’s such a Leo because he is a bit of a diva about getting the cherry milkshake he craves from Burger King, andhe’s a master of over-the-top facial expressions to throw shade. Alexei is honest about telling Hop, Joyce, and Murray secret plans that are coming for Hawkins—because Leos may be extra, but they aren’t liars.

Nancy Drew—ahem, we mean Nancy Wheeler—may have a rep at high school for being a “priss.” But her finely-tuned detective and journalistic skills resonate very much with analytical Virgo. Nancy’s restless search for her lost bestie Barb (in Season 1) and exposing the truth at The Hawkins Postleads her to make discoveries that shock her whole crew, due to her attention to detail—which is very Virgo. 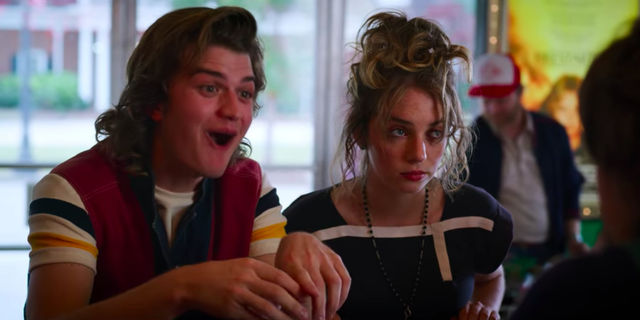 These two are the yin to the other’s yang. While they argue for most of the season, they ultimately connect when they accept the other for who they are. This dynamic duo serves to balance the other out (much like their zodiac counterpart Libra) in times of crisis.

Scorpio is the sign of strength and power. Although the Mind Flayer is evil (we totes don’t intend to throw shade), it’s resilient and keeps coming back more powerful than ever, like transformative Scorpio. The similarities are found in the tenacity and smartness of the Mind Flayer are seen in its ability to play mind games like Scorpio.

A world traveler and language savant, Murray may be a bit eccentric, but his quirks come from his intelligence. Like Sagittarius, Murray is a blunt warrior who lights the way with deep insights to help change the world. Sharp wit and an insatiable thirst for knowledge make Murrary an ideal candidate to be repped by philosophical Sag.

At first Jonathan is a bit of a curmudgeon, like most Caps appear to be. When we look deeper, his teen angst (as seen by his amazing mixtapes with cool ’80s punk jams) is a mask to hide his big dreams of escaping Hawkins. Jonathan’s work ethic and honor he bestows upon his lady prove he’s the best sea-goat in town.

The whole D & D crew obvs represents airy humanitarian Aquarius, as they always stand stronger when aligned. They also have an unwavering and unspoken commitment within their friendship. Even when they get irked with each other, they work out their issues through compromise and communication—proving that besties who play together stay together (it is, after all, spoken rule of law). 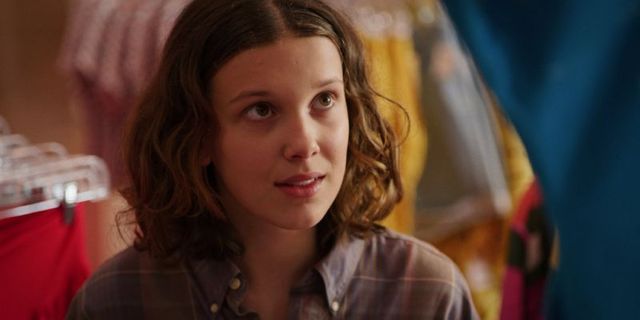 El embraces her supernatural nature in Season 3. Much like mystical Pisces, El is a romantic at heart and the hero of Stranger Things, as she uses her mindful powers to eliminate evil from Hawkins. El is stronger than she knows, and has the ability to will the forces of the universe, just like sea goddess Pisces. Both El and Pisces are sensitive beings who use their emotions, other worldly powers, and kindness to defeat evil for the greater good—even accessing the Pisces intuition when she calls out Mike for being shady (“friends don’t lie”).

Tags: Stranger Things , Netflix , astrology , horoscopes
Support Feminist Media!
During these troubling political times, independent feminist media is more vital than ever. If our bold, uncensored reporting on women’s issues is important to you, please consider making a donation of $5, $25, $50, or whatever you can afford, to protect and sustain BUST.com.
Thanks so much—we can’t spell BUST without U.