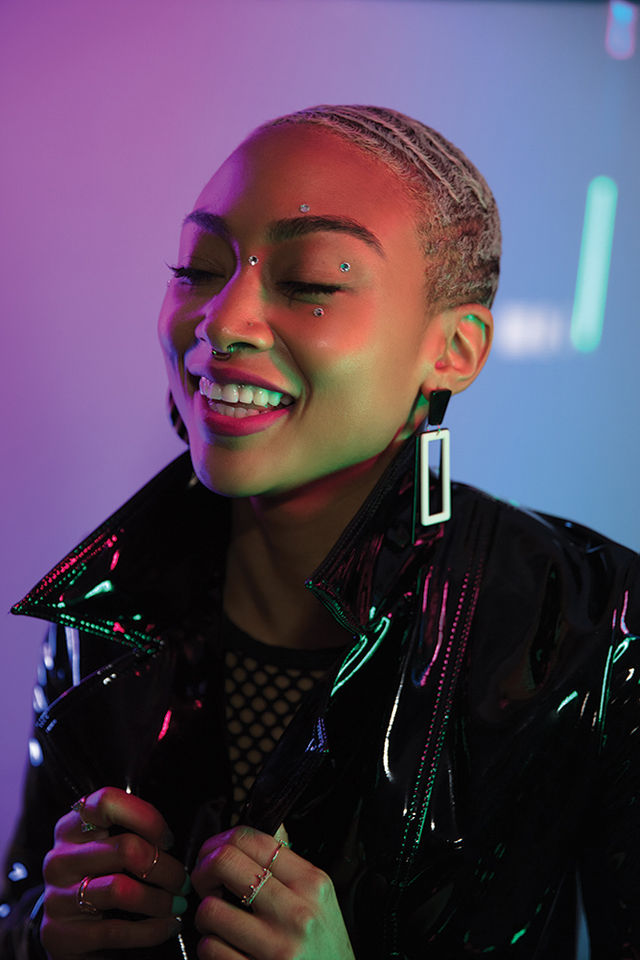 Tati Gabrielle’s natural speaking voice is super sunny, almost childlike, and instantly endearing. And since we spent the first few minutes of our interview chatting about what shops and sites have the best stickers, it was easy to forget that she’s a 23-year-old actor who portrays one of the coldest witches on TV—the multi-dimensional, deliciously hedonistic mean girl Prudence Night on Netflix’s Chilling Adventures of Sabrina, now in its second season. When I ask about Prudence’s signature sultry tone, she replies, “I don’t even know how I get my voice that deep. I cannot mimic her voice unless I’m on set, it’s the craziest thing. She’s very much her own soul that I just embody.”

Gabrielle’s other show—CW’s post-apocalyptic drama The 100 (based on the YA novel series)—and Sabrina both film in Vancouver, where the Bay Area native lives with her chihuahua Nas when she’s not in Los Angeles. She spends her mornings there walking Nas in a nearby park and going through her daily meditation routine which includes reading and stream of consciousness writing. In order to combat the intensity of acting in a series in which she portrays a traumatized orphan surrounded by demons in a community where human sacrifice is commonplace, Gabrielle says, “When we’re not filming, our cast is really good about keeping the energy light. People bring guitars to set. We sit around and we sing and play games. And when I go home at the end of the night, I try to just leave it there.”

When Sabrina first launched on Netflix last October, Prudence was an instant fan favorite. But at the same time, many fans were critical of how writers pitted Gabrielle’s character, one of only a few Black characters on the show, against the blonde, doe-eyed protagonist, Sabrina Spellman, played by uber-talented Mad Men alum Kiernan Shipka. Gabrielle says she was surprised by that criticism but also moved that the audience felt protective of Prudence. “I did really feel the love in that,” she says. 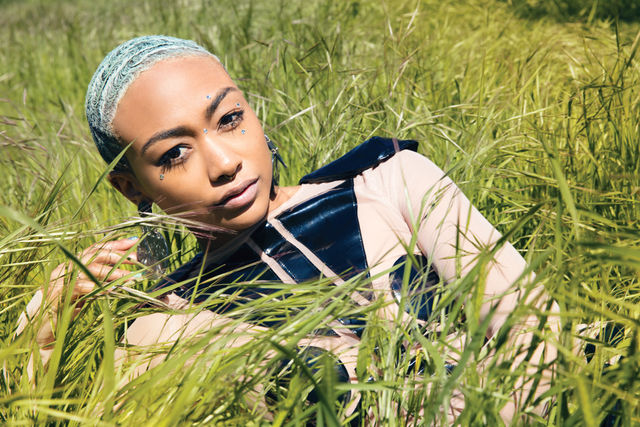 Even though her acting career is in full swing, Gabrielle is still finding time to cultivate both old and new passions. Visual art was her first love, and now “I’m setting up a little paint corner in my house,” she says, referring to her new home in L.A.’s Silverlake neighborhood. “I also want to get into music production,” she says. “I’ve always had an ear for music.” (Her soundtrack for today is James Blake’s Assume Form.)

Prudence is definitely a breakout role for Gabrielle, who studied theater at Oakland School of the Arts, and has only acted professionally for a few years.  “There’s been a lot of excitement,” she says of the reaction her friends and family have had to her growing fame. Gabrielle says her dad, who once worked as a personal assistant to Wesley Snipes, is especially elated. As for Mom, “She always knew I was an actress. She saw it before I did,” says Gabrielle. “She’s called me a drama queen my whole life!” 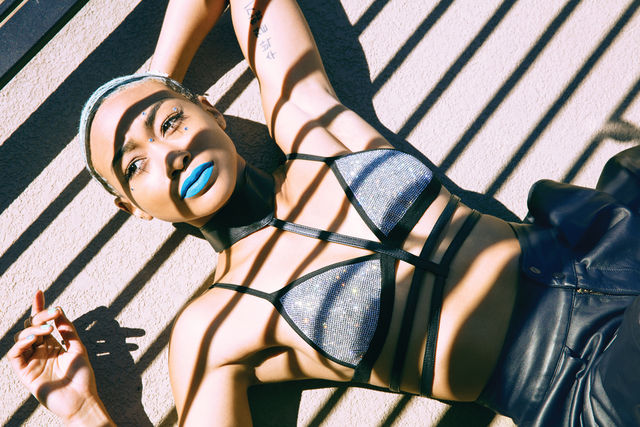