Details
BY Francesca Volpe
IN TV
Published: 14 May 2019 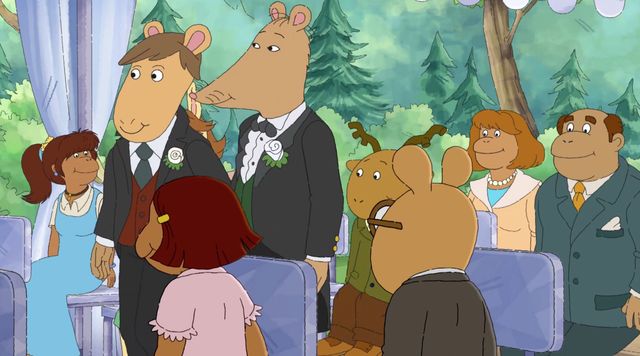 Hey! It’s a wonderful kind of day! Beloved PBS show Arthur, kicked off its 22nd season (yes the show is still on the air!) with a wedding! What starts as an average day for the kids in Mr. Ratburn’s third grade class ends in excitement and anticipation upon learning that their teacher is getting married!

The episode, titled “Mr. Ratburn and the Special Someone,” opens with the teacher getting ready to hand out one of his notorious pop-quizzes when he is interrupted by a cell phone call from someone named Patty. The kids look on as a flustered Mr. Ratburn discusses various flower arrangements. After some prodding, they get their bashful teacher to admit he’s getting hitched, an admission that results in a collective gasp from everyone, because don't teachers live at school?

Once the shock from discovering that their teacher has a life outside of school wears off, speculation on the bride’s identity compels Arthur, Buster, Francine and Muffy to spy on Mr. Ratburn. They see him at a restaurant talking wedding details with Patty, the woman they believe to be his bride. Her tough, no nonsense demeanor (expertly voiced by Jane Lynch!) prompts them to attempt stop the wedding and set him up via love poems with the librarian, Ms. Turner. Their bad poetry proves ineffective. 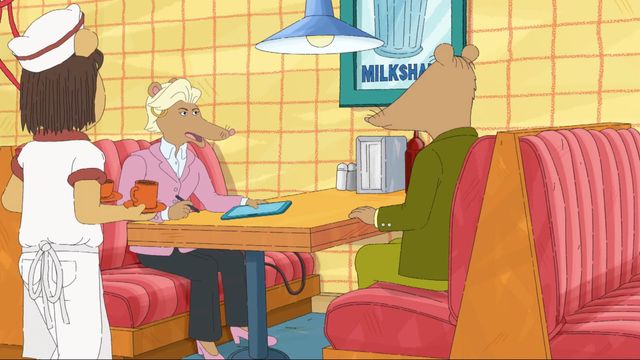 The big day arrives and the whole class is invited to attend the festivities, where they're relieved to discover that Patty is actually Mr. Ratburn's older sister who's officiating the wedding and not his fiance. But the kids are still left wondering “who is Mr. Ratburn marrying?” Just then, we see Mr. Ratburn walking down the aisle arm-in-arm with his almost-husband, Patrick. 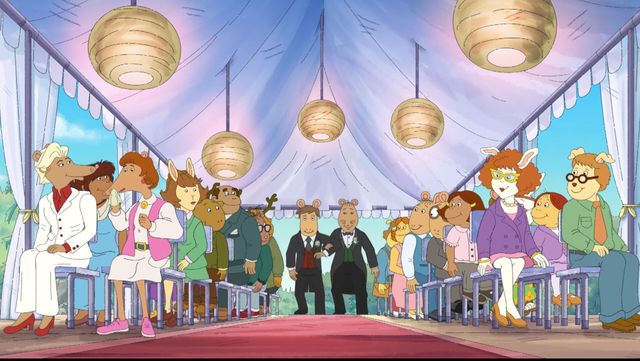 Everyone is smiling and happy. The kids are thrilled for their teacher albeit a bit embarassed by his dance moves. The scene not only conveys acceptance and tolerance, but also normalcy. The gender of their teacher’s significant other is not a big deal for the kids and neither should it be for the viewer. 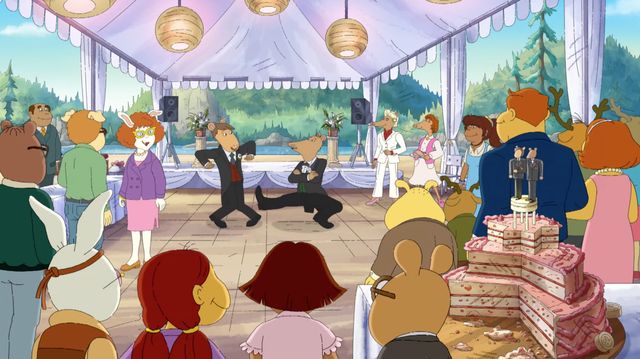 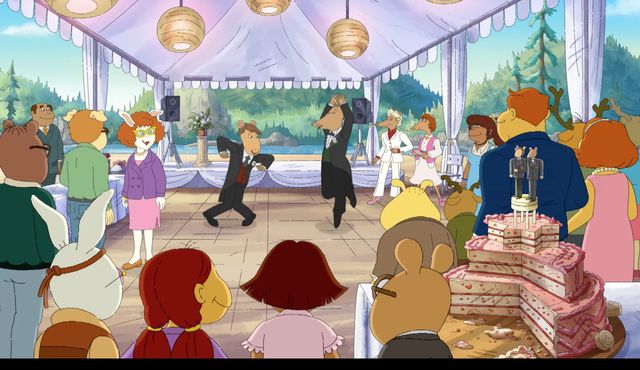 When LGBTQ characters and storylines are represented in children’s television programming, kids can build a frame of reference and relatability. Pride.com reports that seeing characters “live and not be defined by their sexual or gender identity but instead face whatever problems a 30- to 60 minute episode can handle can potentially dismantle stereotypes and give viewers a different perspective on the lives of others.” Furthermore a child, who might identify as LGBTQ or has parents who do, will benefit from content that reflects their life.

Master Of Clap Backs, Here Are D.W.'S Most Savage Moments