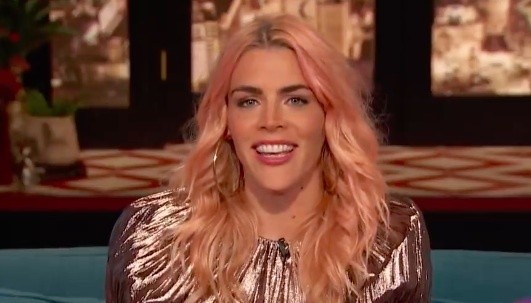 Hey guys. Just wanted to let you know my show BusyTonight won't be continuing on the E network after May 16. I'm beyond proud of what we've built in such a short period of time and I'm hopeful we can find the right place for the show to live on. Goodnight you guys. I love you.✨

Busy Tonight is not the only female fronted talk show to recently get the axe. According to The Daily Beast, “Busy Tonight is at least the fourth female-fronted late-night series to be axed over the past year, following the cancellations of The Rundown with Robin Thede on BET, The Break with Michelle Wolf on Netflix and most recently Sarah Silverman’s I Love You, America on Hulu.” Like Busy Tonight, none of these shows lasted a particularly long time.

Full Frontal with Samantha Bee is now the only late night show currently hosted by a woman, until YouTuber Lilly Singh's show takes over a time slot previously held by Carson Daly (and in the process, as Vulture writes, "be the first queer woman of color to ever host a network late-night show and the first woman to host a network late-night show since Joan Rivers.") However, with Busy Philipps' case, it still feels disappointing that women are not allowed the time to build an audience like their male counterparts.

The late night market is oversaturated with men, specifically white men. Why do we have three hosts who are named James? Why do we still let Bill Maher do his whole “both sides” “I’m too cool to care because I’m a rich white dude, and I’m faring ok” shtick (complete with his ongoing Islamophobia and sexism and racism)? HBO already has John Oliver, who stays in his lane and delivers thoughtful news once a week. They don’t need two!

Busy’s staff was, according to her Instastory, about 89% female. That’s huge. Her show felt inclusive and warm and positive, complete with cocktails and nightgowns. While the show won’t be on E! anymore, there’s still the possibility that another network or streaming service could pick it up. Whatever happens, we’re sending our best to Busy!

Michelle Wolf Tells Us Why She Hates Trump Jokes