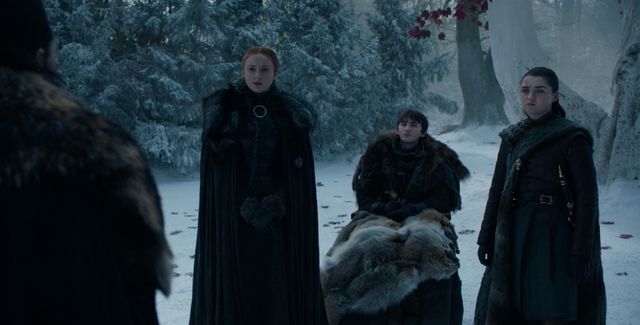 Last night’s episode of Game of Thrones received mixed reactions. Some moments were amazing. Some were downright horrible to watch. Here at BUST, we’ve broken down the episode into our top seven moments, the good and the bad. 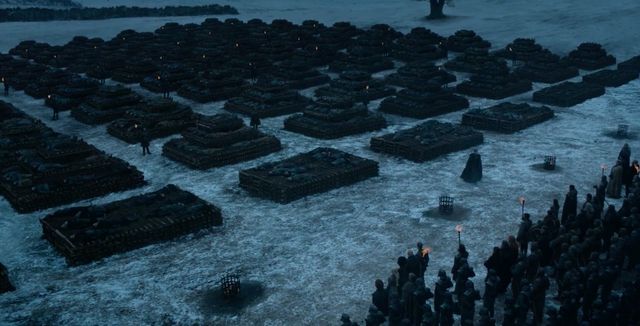 7. Depression Bonfire
Last week’s episode ("The Battle of Winterfell") was pretty devastating. Many of our favorite characters died. In a final goodbye, we watched (and cried) with the living on the show as some of our favorite characters burned on a multitude of funeral pyres. Watching Sansa and Daenerys cry over their loved one’s bodies was gut-wrenching, but an appropriate send-off for the characters who’ve been with us for so many years and a true reflection of the audience’s emotions. As the screen was engulfed by smoke, we truly felt the loss of characters who have been on our screens and in our homes for years. 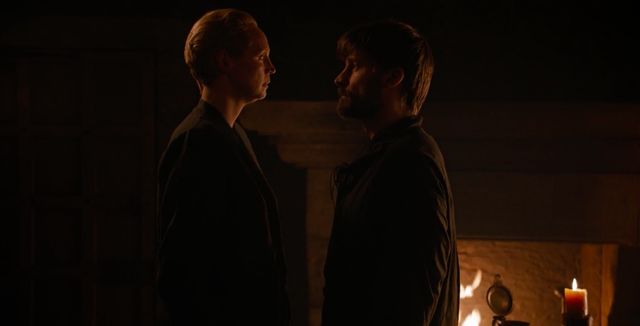 6. Jaime Hits It and Quits It
Fans have been rooting for Jaime and Brienne to get together for a long time. The characters’ chemistry finally culminated into an outright relationship. Though many were happy to see the two be together, Jaime left Brienne to protect Cersei down in King’s Landing, seemingly ending his short-lived relationship. 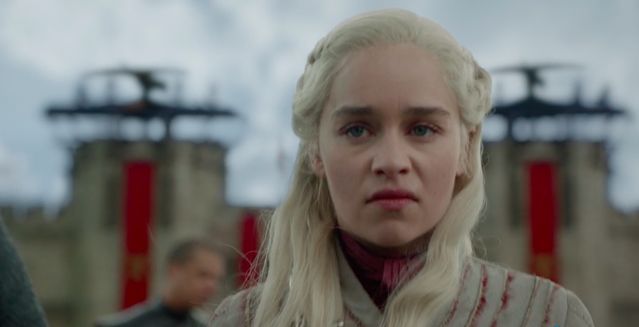 5. “I’m not a tyrant!” Says Tyrant
“I’m going to break the wheel.” That’s what Daenerys said several seasons ago in her promise to end bloodshed and tyranny across the world. However, in the most recent episode, discussions of tyranny have been rampant. Cersei’s a tyrant, the Mad King (Dany’s dead father) was a tyrant, and now Daenerys is following in their footsteps. Despite her insistence on ending unnecessary violence and oppression in Westeros, she’s fully prepared to burn up King’s Landing, a city full of innocent people. Daenerys seems to be following the footsteps of her father, ready to sacrifice innocents in the name of the Iron Throne.

Daenerys Stormborn of House Targaryen, the First of Her Name, Queen of the Andals and the First Men, Protector of the Seven Kingdoms, the Mother of Dragons, the Khaleesi of the Great Grass Sea, the Unburnt, the Breaker of Chains, and Drinker of Pumpkin Spice pic.twitter.com/BOPdolRhXz

4. Starbucks
In an awkward moment, the set decorators forgot to make sure nothing non-Westerosi remained on set. A Starbucks cup snuck its way into the post-Battle of Winterfell feast. Well, at least we know that Dany likes a latte. 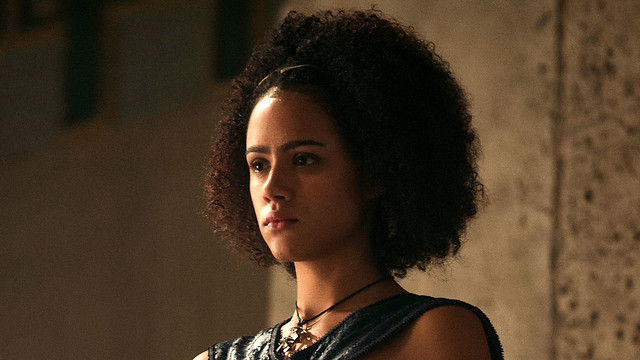 3. Missandei
Her last words were not for herself, her people, or Greyworm — but for Daenerys. The show has long been criticized for white savior tropes. Rather than try to combat these criticisms, the showrunners seemed to double down on them. Missandei has been a fan favorite in the show, and her death was used to further the plot of her white savior, Daenerys. It all calls back to the showrunner’s intended series where slavery still exists in an alt-history independent South. The show received immediate backlash but is still in development. I'm not sure what we expected in terms of complex, nuanced racial politics in GoT from a white male writing duo that thinks a show like Confederate is a good idea. 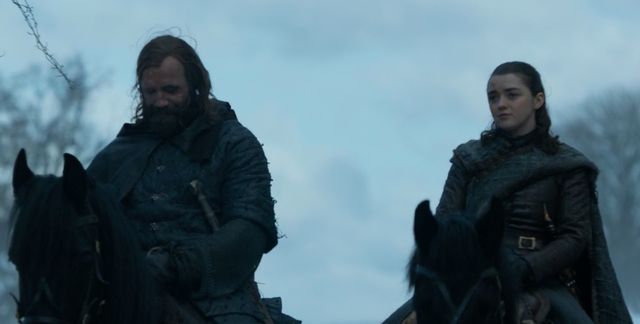 2. Arya Says: "Fuck Gender Roles!" Again!
After some of Arya’s best moments this season, she just keeps on getting better and better. When Gendry, who was legitimized as a true Baratheon by Dany, proposed to Arya and asked her to be his lady, it seemed as though she might actually accept. Instead, she reminded him that she is no lady. She’s a pint-sized assassin who loses and abuses her men. Rather than stay in the north, she follows the Hound down south to exact her revenge against Cersei and join her brother/cousin in a final battle in King’s Landing. Time and time again, Arya proves herself to be a strong, independent character who isn’t willing to bend to anyone’s expectations. As the slayer of the Night King, we can’t wait to see where she goes next on GoT. 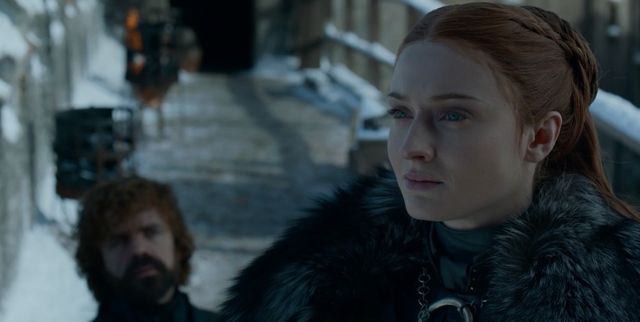 1. Sansa Is Smarter Than Everyone
Sansa has had some of the best character development out of anyone in the series. Starting out as a naive young girl and evolving into a steely, calculated player in the dense politics of Westeros, some have even speculated that she might win the Iron Throne in the end. Employing her lessons from expert connivers like Cersei and Little Finger, when Sansa discovers Jon is the last true-born male Targaryen, she tells Tyrion, catapulting him and Varys into a complicated dilemma: should they usurp Dany and place Jon on the throne or continue to support their seemingly Mad Queen? Sansa always thinks three, no four steps ahead, which makes her one of the most intelligent and qualified political actors in GoT.

BUST's May/June 2019 Issue With Gwendoline Christie Is On Newsstands NOW!