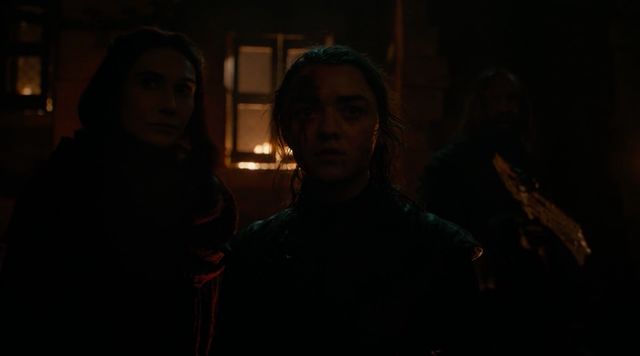 Last night's episode of Game of Thrones was probably one of the most intense in the show's history. Here are our top ten moments from the episode. Beware! Spoilers ahead! 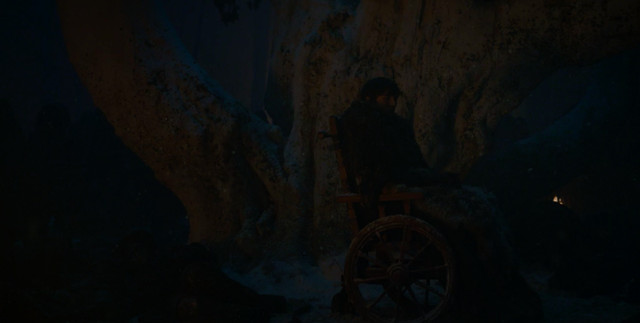 Look at me! I’m gonna “Warg” or whatever Three-Eyed Raven bullshit I do and just sit here waiting for some white motherfucker to just, I don’t know, murder me?! What are you gonna do? Stare at him to death?

9. Jon Being a Dumbass 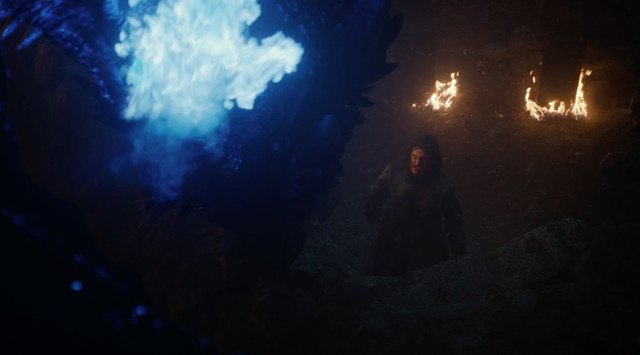 Who falls off a dragon? Who screams at a dragon? Did you lose your brain when you fucked your aunt or something? Peak comedy. 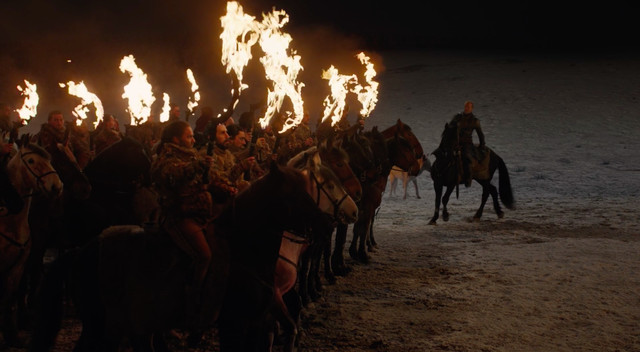 With her powers bestowed by the Lord of Light, Melisandre helped stall the dead with impressive fire magic created by the talented GoT VFX team. So, did I cheer for a child-murderer? Yup. 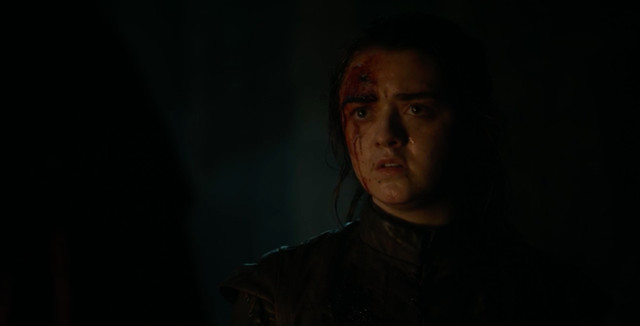 Arya made it on this list twice. She has been the true MVP of GoT. Evolving from knight hopeful to skilled assassin, her journey has been one of the best in the show. Her intense haunted house maze run made me scream out loud several times. With her dual-sided spear crafted by new boyfriend Gendry, Arya takes out the undead left and right. There were moments in her home turned house of horrors where many of us thought she would actually die, proving that no one is safe in GoT. However, the Girl With No Name lived to close another pair of eyes by the end of this episode. 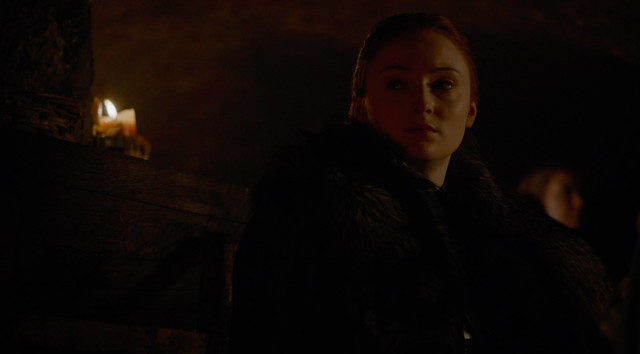 The formerly married couple’s journeys have led them down very different paths, but ones that connected once again nonetheless. In the crypts, their interactions were touching and heartfelt. Tyrion sees Sansa as a leader now, not a girl. Sansa sees him as an equal. In one of their best moments, she tells Tyrion that he was the best of her husbands, much to his semi-mock horror. As the two thought they were about to face their final moments, Tyrion kisses her hand as a final show of affection. As the pair survive, it will be interesting to see where their newfound camaraderie takes them in the last three episodes of the series. 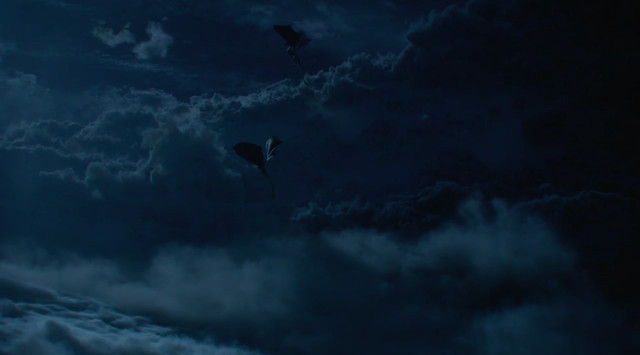 Daenerys’ dragons have always been one of the highlights of GoT. Many were heartbroken when one of her children was killed and revived as an ice dragon zombie by the Night King. With VFX that rivals some of the best dragons on the silver screen, the flying scenes were a wonder to behold. Flying high above the clouds in moonlight, some of the stills were art museum-worthy. The ice dragon induced fear even in his brothers, killing many with his ice breath. Luckily, both living dragons survived the battle (at some points it wasn’t all too clear due to the dark screen). With their fire breath and their vicious bite, their only enemy left is a certain Queen in the South. 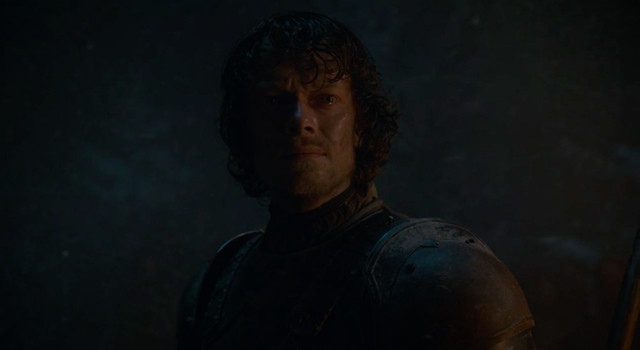 Theon’s redemption arc has been one of the most emotionally intense aspects of GoT. From his initial betrayal of the Starks, his torture at the hands of Ramsay, guilt over his actions, and saving Sansa, many viewers have experienced a roller coaster of emotions when it comes to his character. Some hate him, some love him, and some just don’t know how to feel. But when Bran thanked Theon and told him he was a good man, viewers’ hearts sank. We all knew he was going to die. But rather than cowering, he charged straight for the Night King, knowing he could only just buy Bran time. It was a final heroic act. Theon died bravely; he died protecting his true family. 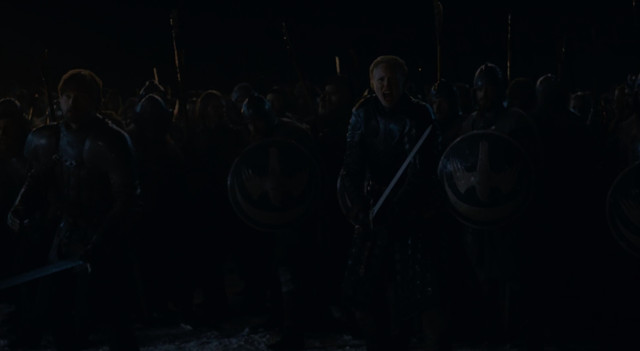 After last episode’s touching knighting of Brienne, seeing Ser Brienne take the lead on the battlefield was an epic moment. She struggled, nearly dying multiple times, keeping everyone on the edge of their seats (I found myself screaming at the TV multiple times). But as a formidable knight, Ser Brienne stood her ground and made it to the end, proving herself a worthy leader of men (and women). 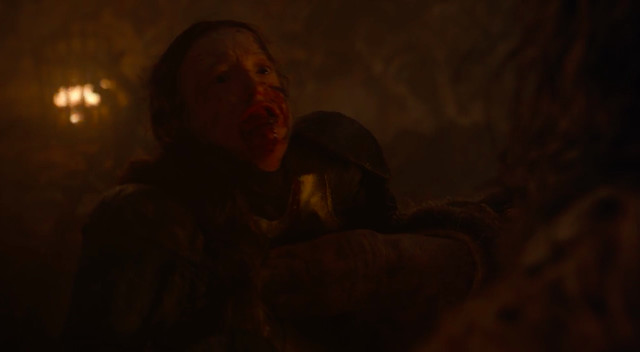 Since her first appearance, Lyanna has been a fan favorite. In the last episode when she insisted on fighting in the Battle of Winterfell, many of us worried she had sealed her fate. And she did. While it was difficult to watch a 13-year-old be killed by a giant, she didn’t go out without a fight. With a dragon worthy battle cry, Lyanna took out the giant through the eye, honoring her own warrior mother’s memory and making a legend out of herself. In short, teenage girls will save the world. 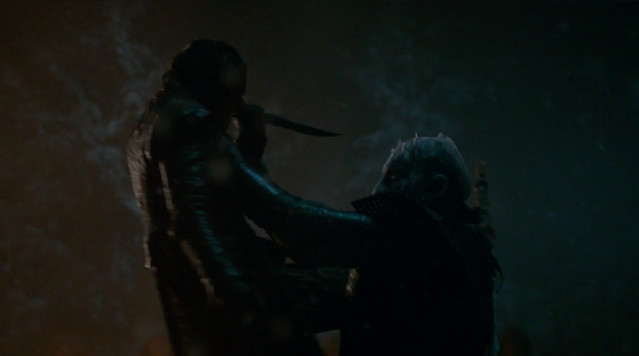 "F*** Tradition ": Brienne Of Tarth Gets Her Due On "Game Of Thrones "

"Captain Marvel " And The Joy Of Owning One's Power