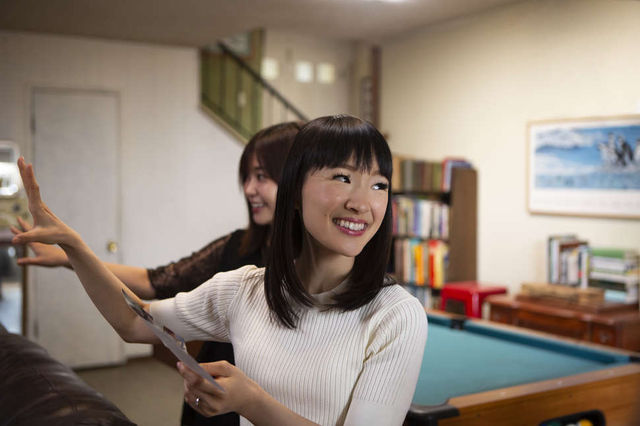 I don’t remember when I realized I was fat.

During my angst-ridden adolescent years, I certainly knew I was bigger than my peers, and I absolutely remember a particularly mortifying conversation with a physical education teacher who suggested I may need a slightly larger gym uniform. But when I peel back the covers of my photo albums from that time, I wasn’t fat. Not even close. At least not until my senior year, when the size of my prom dress matched my age. The prom dress that had to be ordered from a J.C. Penney catalog because plus-size prom dresses were not available in 2000. The same prom dress that was marketed as a bridesmaid dress because, again, plus-size prom dresses were not available in 2000. Friend of the bride? Sure. Young woman on the cusp of adulthood in need of a dress for a school dance? LULZ.

In the twenty years since, my weight has fluctuated, a constant amusement park ride of gaining and losing. Round and round and round the diet culture carousel we go. Eight years ago, when I was consistently losing weight, I started a blog to chronicle my “weight loss journey,” making weekly updates showcasing how many pounds I lost. This pronouncement of numbers was followed by commentary, as I deciphered the puzzle of body size by over-analyzing every food choice and fitness activity from the previous seven days—anything that would suggest a pattern that could be replicated with the same results.

Then life, as it does, found a way, and I regained almost all of the weight I had previously lost. Soon, my blog and social media presence switched: for the past few years, instead of showcasing restriction and weight loss, I advocate for fat acceptance and anti-diet culture sentiments. I champion body liberation powerhouses like Lindy West, Roxane Gay, Jes Baker, Your Fat Friend, and Jessamyn Stanley; I promote messages of body positivity – all body positivity, including bodies of all shapes, sizes, abilities, and (non-)genders; I challenge toxic assumptions about diet culture and fat bodies.

Then, I decided to Marie Kondo my closet.

When your weight is in flux, your relationship with clothes can be complicated. For a long time I believed it was my duty as a fat person to hide my body and to take up as little space as possible. Now, I know differently, but diet culture is so heavily steeped in our country that it takes years to unlearn the negative body messages we face every single day.

During the height of my weight loss, my closet was in constant rotation. I began shopping consignment and thrift stores, not willing to spend full price dollars on garments that were, inevitably, going to be too big in a manner of weeks. When it became unreasonable to continue to wear a piece of clothing, I would give it away to a friend, donate it, or sell it back to the consignment store I had originally purchased it from.

That said, there was one garment I refused to give up: my fat jeans.

These were the jeans I wore at my largest. They were my “before” jeans, the presumption being that soon I would be an “after” and could use the jeans for comparison. I’d be able to hide behind them and do the dramatic drop and reveal. Until that day came, they remained tucked in the far back corner of the closet, hidden from view.

Which brings me to Marie Kondo, who parlayed her book The Life-Changing Magic of Tidying Up into a Netflix series. Within days of the release, people were going through every drawer and cabinet in their house, asking themselves “Does this spark joy?” and tossing everything that didn’t.

I didn’t watch the show, but still found myself one Saturday throwing open my closet doors and diving in. Soon I was surrounded by piles of clothes: the ones that sparked joy and would be kept, the ones that could possibly be sold to a new home, and the clothes that would be donated.

And then I found them. The fat jeans.

That fat jeans that were still a size too large. The fat jeans that told me, despite the fact that I had regained a significant amount of weight, I was still not thatfat. And with that realization came a sweeping sense of relief.

Apparently, three decades of diet culture still outweighed any sense of body acceptance I had gained over the past few years.

I couldn’t have told you what “that fat” even meant, I just knew I was glad to not weigh whatever random number existed in my psyche. In that instant, I was horrified and ashamed. Here I was, proclaiming body positivity for all but putting a limitation on myself. Because while it was okay for other people to be “that fat,” it would have been unacceptable if I had “allowed” myself to get to that size, as if weight is a sign of laziness or fault. That’s what diet culture and fatphobia wants you to believe: it wants you to believe that all fat people are lazy gluttons, and while I know that’s not true, I had still internalized those messages all the same. I still saw them as my fat jeans and viewed myself as an after.

It was an uncomfortable moment for me, and I had to sit there in the discomfort surrounded by garments of clothing.

Dismantling diet culture and fighting fatphobia is a daily process. It’s not a single decision we make one morning and then never again; it’s a conscious choice we make and remake over and over and over. And we have to do it while existing in a fat body navigating a world that wants us to conform to its standards of size.

It also means acknowledging that even within the world of fat bodies, a version of thin privilege exists for some of us. Just the fact that I even had a closet full of clothes was an example of privilege that not all fat bodies have. I have the option to walk into a Target and find clothes that will fit me. Many, many women, men, and non-binary individuals do not have that option because clothes do not exist in their size, at Target or elsewhere.

As a fat woman, it was difficult to come to terms with the idea that I’d been carrying around this fatphobia, unknowingly towards fellow fat individuals: not that it was directed at them, but by policing my own body size and feeling relief at still being under a certain weight, I was participating in the same toxic diet culture I was forever railing against.

I am not a before, nor an after. I am a here and I am a now, and in this moment and in the next I have to continue to commit again and again to my beliefs. I choose over and over to fight against fatphobia – including my own. I decide every day to dismantle diet culture by taking action and letting go of the jeans, and the idea that arbitrary numbers of dress size or weight or BMI are an indicator of health or happiness. Because at the end of the day, there is no such thing as “that fat” and bodies of all sizes deserve the same level of respect and dignity.

Top photo via Netflix / Tidying Up with Marie Kondo

I Had Bed Bugs - And The KonMari Method Made Me Feel OK In My Apartment Again: BUST True Story

Shrill And The Journey to Fat Bitchdom