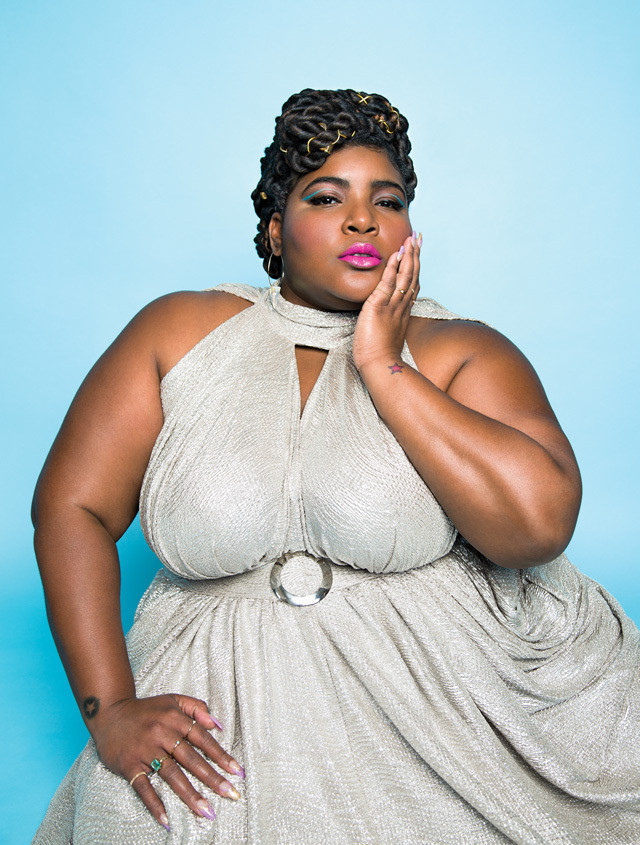 Comedian and Daily Show correspondent Dulcé Sloan is a force to be reckoned with. At 35, she carries herself with the confidence and swagger of someone who knows her craft, and it’s a confidence well earned. After watching a Margaret Cho comedy special at age ten, the Miami native decided she wanted to have Cho’s same command over an audience. “It confirmed for me that I wanted to be a performer,” Sloan says. She started acting and singing in a chorus, got her BA in theater at Brenau University in Georgia, and started doing stand-up in 2009.

Performing on the college circuit she honed her craft, but she also had to create spaces for herself where none had existed before. For example, once, at a women’s college, she was told that she couldn’t talk about race or body issues—two topics that deeply inform her comedy. When she contacted the college, she found that this rule was a response to male comics coming to the school and telling racist, fat-phobic jokes. “I’m a fat girl, I’m not going to do that,” she explains. “So for the first 20 minutes of my set, I just talked about how much I hate Spanx.” 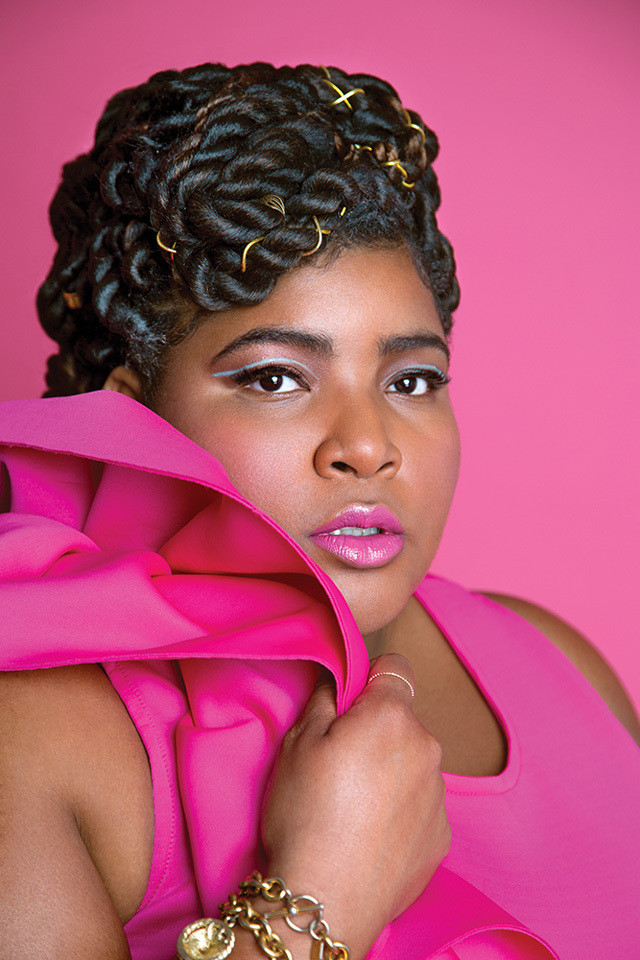 A frequent face on The Daily Show since 2017, Sloan is now much more recognizable on the comedy circuit. “The show makes sure every piece is in our own voice,” she says. So if you are laughing along with Sloan on Comedy Central, you’ll probably enjoy her live sets as well. (On one 2018 Daily Show episode highlighting Russian interference in U.S. elections, she joked, “At least Russia was paying attention when they were manipulating Black voters. The only time our president notices us is when he’s fighting with LeBron James on Twitter. Trump probably thinks Martin Luther King’s last name is ‘Boulevard.’”) This kind of informed thoughtfulness is a key element to Sloan’s humor. As far as she’s concerned, comedians who strive just to be offensive are wasting everyone’s time and money. “If a comic says something slick to me,” she says, “and then tells me I can’t take a joke, I say, ‘You can’t tell a joke.’”

That being said, Sloan pushes back on the idea that Black comics need to mine the pain of being marginalized in order to stay relevant in the Trump era. “This ain’t always art, sometimes it’s just me talking about my boobs and I should be able to do that,” she says of her comedy. “I have no responsibility to make people feel better about their situation with Trump. All I can do is tell you how I experience life as someone who is living during the Trump presidency. But the cops will kill me before Trump does, if you really want to know what I’m thinking about every day.”