"You're Standing on My Neck": What Daria's Legacy Means For Weird Girls Everywhere 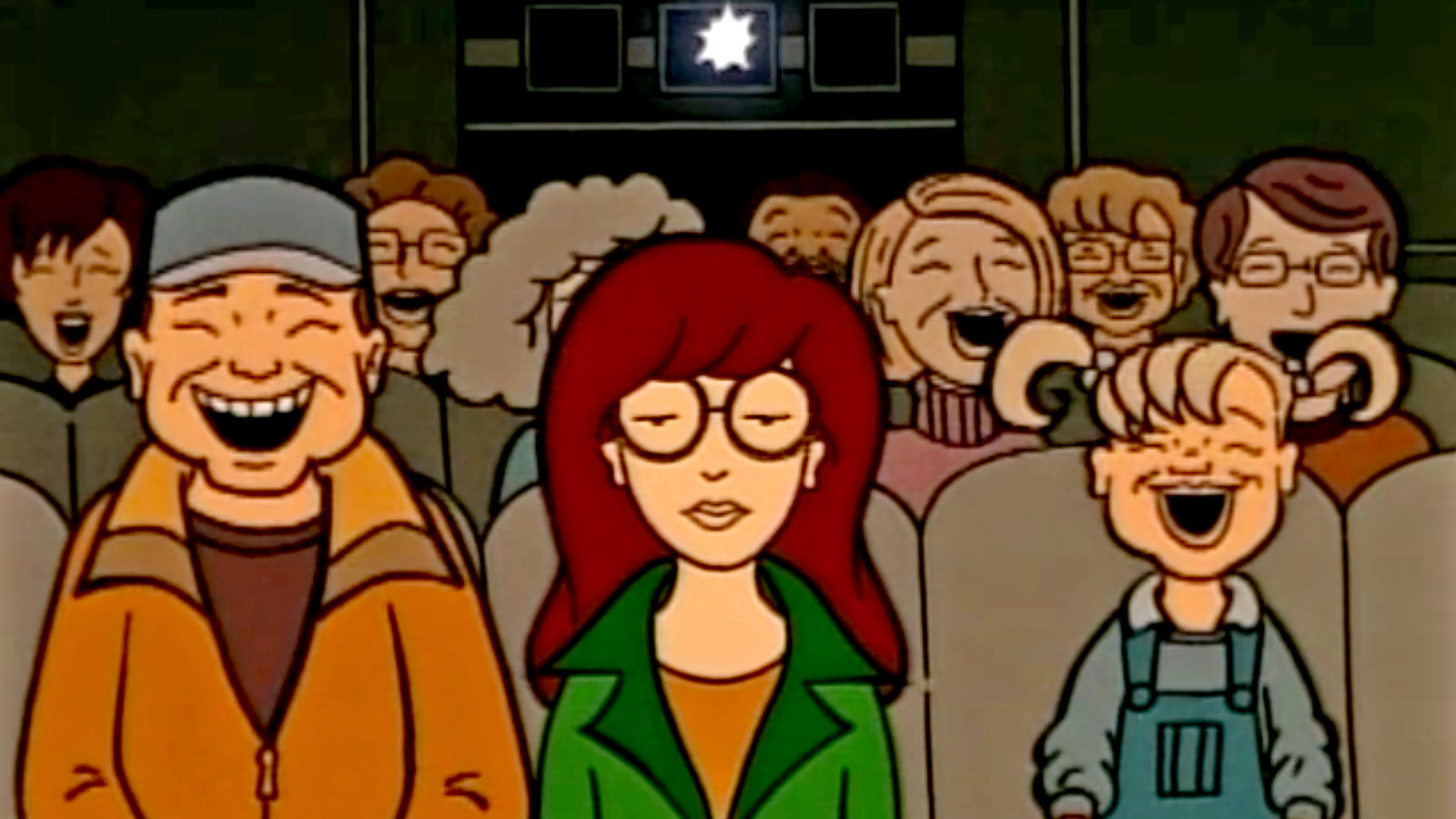 When I was thirteen, I didn’t feel like I fit in. I looked like a pre-makeover Anne Hathaway in The Princess Diaries. I liked listening to Nirvana and writing in my journal and playing The Sims 2 alone in my room. I was not particularly fond of George W. Bush, yet I went to a Christian school in Texas. I had friends, and I wasn’t made fun of, but I didn’t quite belong.

It’s not the most shocking event in the world when your formerly sweet and wide-eyed child falls sullen, entering the emotional mindfuck known as middle school. I don’t remember a single pep talk that my mom gave me, though I’m sure there were many. What I remember most was a single action that went above and beyond any parental aggrandizement - it was when she introduced me to Daria. She bought me two different TV series on DVD. One was My So-Called Life, which I tried to get into, but honestly could not get past Claire Danes monologuing in the pilot about how weird it was that humans chew their food. It was a little too mopey for my taste, and I could provide my own navel-gazing, thank you very much (I finally watched it all in college, and though that bit about chewing still annoys me, I did enjoy it). Daria was the other.  What was likely just a few simple clicks on Amazon became, to me, a life-changing event. I don’t think my mom even said much when presenting me with my gifts, other than “I think you’ll enjoy these.” Any good parent knows that at a certain age, expressing too much approval of anything is enough to turn your teen away.

I became enamoured with the show as soon as I saw the intro. The “la la la’s” of Splendora’s grungy theme “You’re Standing on My Neck” blaring over moments like Daria in gym class, missing the ball during a volleyball game was something I could intensely relate to, as volleyball games were my biggest fear for most of middle school. Any sport, really, but there’s something about the stationary nature of volleyball that makes it so obvious when something is your fault. I could hover in the background for soccer or basketball, but volleyball served as my tormentor, a magnifying glass for my lack of hand-eye coordination. When I first saw that, I knew I had found my show.

My sweet mother bought me the series before its official release on DVD in 2010, meaning that I ended up with a bootlegged version that someone had recorded from their TV. Some episodes wouldn’t play, or they’d be so fuzzy and static-y that I couldn’t even watch them. But I loved it all the same. Being born in the nineties, but too young to remember it first-hand, I had the luxury of watching the show in its entirety, all at once. It was an outlet for the cynicism and confusion I felt toward being a teenager. Despite being a cartoon, Daria was, in my humble opinion, one of the most realistic depictions of American high school life. The high school genre has always relied on clear divisions and over-the-top stereotypes, the Plastics, the Heathers, the jocks, the theater kids, the science geeks, the burnouts. In real life, I found less such a delineation, and more of a hodgepodge of adoscolecents figuring out who they were and where they belonged. To me, Daria always rang more true to that experience. Though its characters were sometimes stereotypes that were, in fact, cartoonish, the show always treated its characters with humanity. No one was entirely good or entirely bad. The popular kids, like Brittany and Kevin, could mock Daria’s clothing and bookishness, but they’d also value her opinion on certain topics or even invite her to parties. Quinn, Daria’s perky younger sister and earnest member of the Fashion Club, spent most of the series refusing to admit that Daria was anything but a cousin, but she would also go out of her way to advise Daria on the ins and outs of clothing and dating. Daria, for the most part, got along with her parents, even if she didn’t always see eye to eye with them. Daria wasn’t popular, but she wasn’t a nerd being shoved into a locker. She just didn’t quite fit in. In fact, even she was treated as a flawed character, someone whose innate pessimism and critical eye didn’t always come without a price.

As Pulitzer Prize winning critic Emily Nussbaum points out, “[I]n the end, Daria was often hardest on Daria herself. As the seasons went by, the main character was increasingly forced to confront the flipside of her principled withdrawal from the world: her crippling terror of rejection, a streak of ugly self-righteousness.” In my own middle school hallways, I tried to affect the same sort of dry detachment that Daria possessed, but I was far too sensitive to be successful at it. And sometimes, when I look back at that time (and let’s be honest, probably even two weeks ago), it was this judgmental streak that sometimes made me my own worst enemy. Counting myself out before other people could do it - or, as my mom would quote Shakespeare, “being hoisted on your own petard.” Still, when I watched Daria, I finally felt like I found someone to relate to.

A couples weeks ago, I was browsing in a trendy clothing store in Nolita, when a jacket caught my eye. It was from the brand Lazy Oaf’s recent Daria collection, an olive green, fleece-lined jacket emblazoned with the logo of “Sick, Sad World” on the back. Though Daria might think of me as a sell-out for spending so much money on a piece of clothing, I knew I had to have it. The enthusiasm I had for this jacket confirmed something I had been feeling recently, having since graduated college, moved away from home, and made my first steps into the nebulous universe of “adulthood.” In the decade since being that age, I have come to realize that there is a little part of us that will forever be thirteen-years old. We can straighten our hair, force ourselves to be more confident in social situations, and figure out what clothing looks good on us. We can, for the most part, “grow up.” But there will always be the teenager within us, scared she doesn’t belong, flailing wildly though her navigation of this sick, sad world.

23 Times That Daria Just Got Us