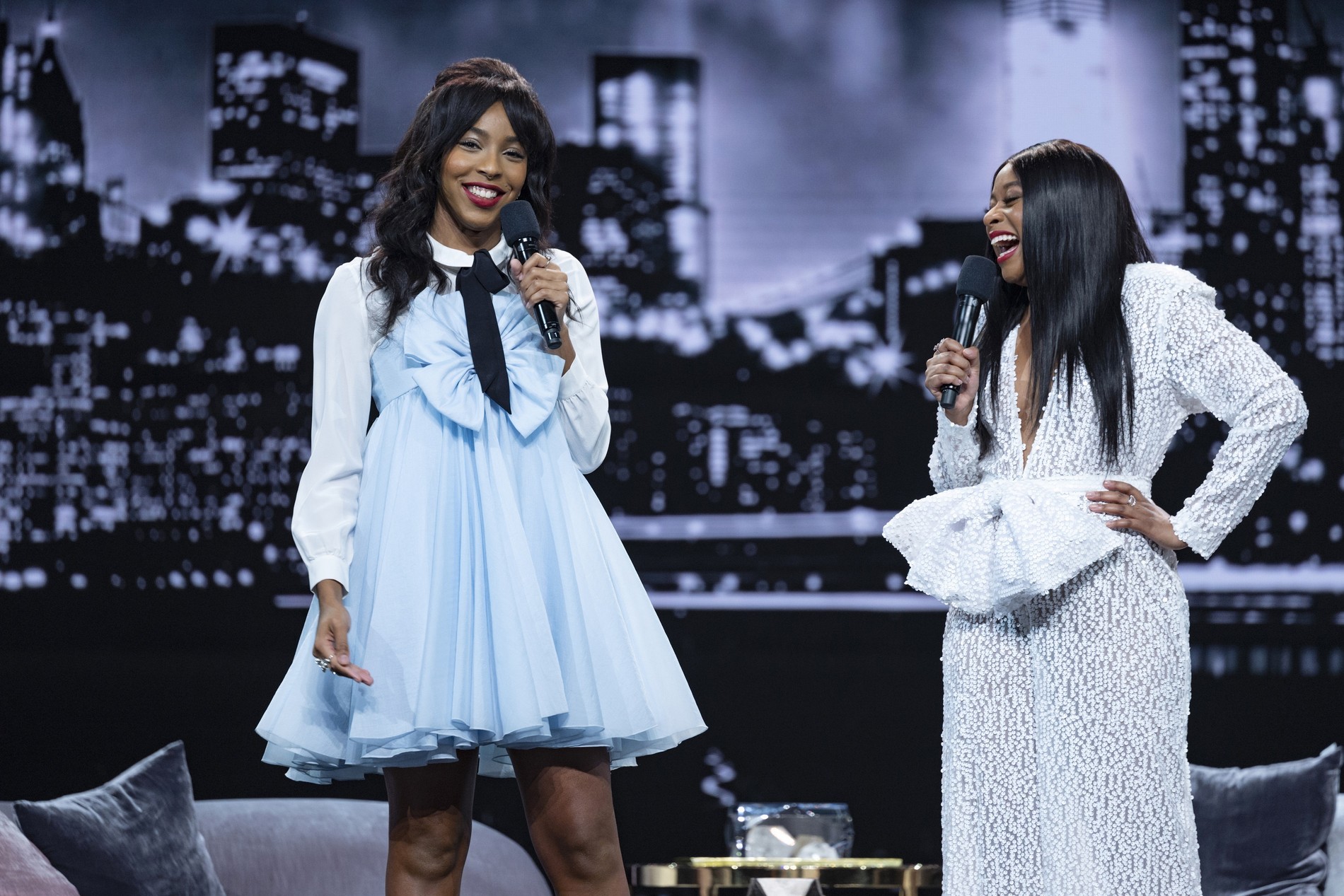 2 Dope Queens the podcast may be over, but 2 Dope Queens the standup special series is back, with four new episodes premiering on HBO on February 8. Hosts Jessica Williams and Phoebe Robinson return for four themed episodes—"Fashion," "Nostalgia," "Music," and "Hair." In each episode, the 2 Dope Queens interview celebrity guests—including Lupita Nyong'o, Daniel Radcliffe, Janet Mock, Lizzo, and Keegan-Michael Key—and learn a few things from them, like braiding from Lupita Nyong'o, wand-waving from Daniel Radcliffe, and flute-playing from Lizzo. Each episode also features short sets from a diverse group of stand-up comedians, including Jamie Lee, Solomon Georgio, and Bowen Yang. Throughout the show, Williams and Robinson talk about everything from sex playlists to their first periods to their celeb crushes to their worst fashion mistakes. And speaking of fashion, costume changes abound.

BUST caught up with the 2 Dope Queens one busy day in December, after they hosted a brunch with the nonprofit Girls Write Now, and before they taped a show live at the Kings Theater in Brooklyn. 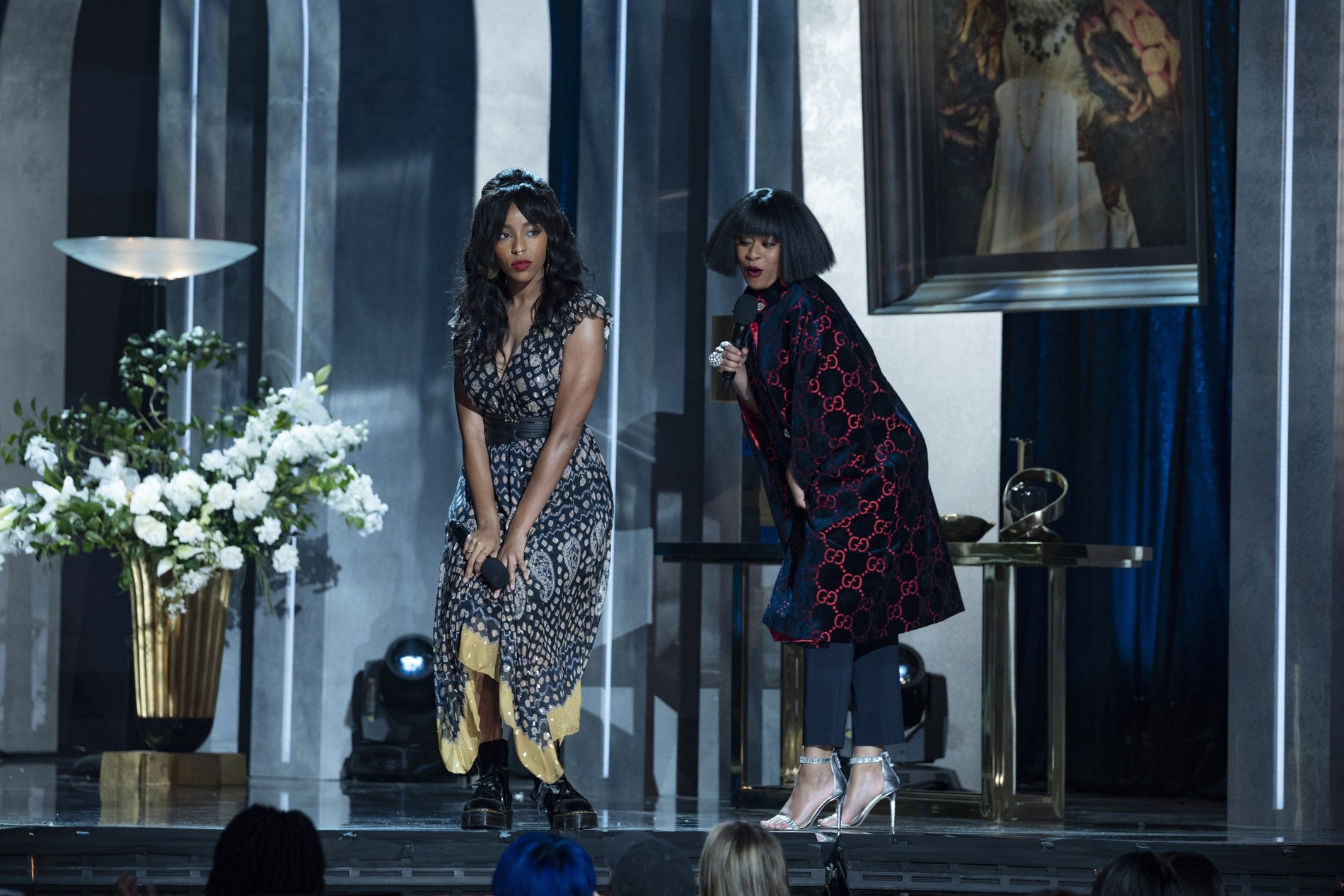 You have such a hectic schedule this week, performing every night and doing interviews during the day. How are you getting through it?

JW: I'm meditating three times a day, doing phone sessions with my therapist, and listening to a lot of music on Spotify.

PR: It's a lot, we're doing stuff all day. But I'm also kind of like, doing a bunch of press about a show that people like, and then going to do that show, that, to me, is a champagne problem, and it's a really cool opportunity. I'm just trying to make sure that every moment, I remember, "This is really cool, and this is all going to wrap up on Friday, so just take a little mental pictures of everything, and just really enjoy it."

You ended 2 Dope Queens the podcast with Michelle Obama as your final guest. How did that perfect timing happen?

PR: We had gone on a long hiatus, and then we had the opportunity to interview her.

JW: And when you get her, you do it. We ended strong.

How much time did you have to prepare, and how did you prepare?

PR: We got printed-out manuscripts that were watermarked with our names, like, "DO NOT SHARE." We got them maybe a week before, so I dropped everything and read it in two days, just underlining and highlighting and writing down a crapton of questions. I'm an over-preparer, so it became my life.

I know that you've finished 2 Dope Queens the podcast, but will you do additional HBO specials after this season?

JW: We don't know, we do not have that call.

PR: But I think it'd be really cool. I feel like this season is so strong, I'm like, "I'm open to whatever," you know?

With Michelle Obama, and with the celebrities who aren't comedians that you're interviewing in these HBO specials, you make them feel so at ease and bring out their funny side. Are there strategies you use to do that?

JW: We want them to know we're not there to make them look bad. We're just here to have fun and see this other side of them, because we are 2 Dope Queens, and we like to be playful. We've been really lucky because every single guest we've had has been down to play. I think they come in with an open heart, and we come ready to ask them questions we're interested in—we like music, hair, talking about race, movies, pop culture. And the guests are always ready to do that. We try to go in knowing what we want to get, but still being open to spontaneity. We make plans, but life is what happens, and we leave room for that.

PR: You just want to connect with a person. Like yeah, they're famous, and they might have a project to promote. But I feel like, you don't really know someone based on what their work is, or if they get followed by the paparazzi—that's not really who is at the heart of them. I just want to make a person-to-person connection: if this is the only time I will ever see this person in my life, I want it to be memorable. I want to feel like I got to know them, even just a tiny sliver of them.

Now that 2 Dope Queens is ending, are you two looking forward to being friends who don't work together?

PR: Not having the work take over the conversation will be good, because you can easily to fall into that. I'll be nice to just be people. We can go work on our own projects, and then when we're together, we can just be two black girls who have cute hair.

2 Dope Queens is back February 8.