What "Crazy Ex-Girlfriend" And "You" Got Right About Overdosing 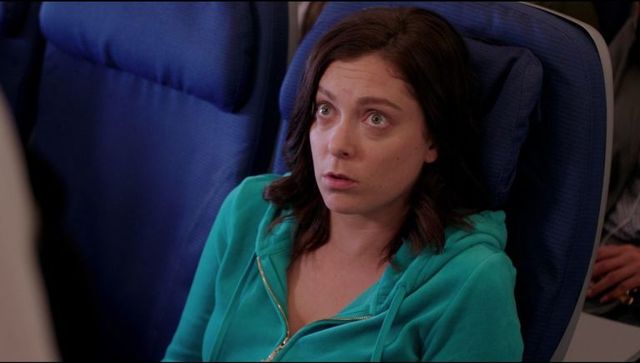 You know that thing people do when you watch a film or episode of a TV show together that they have seen before—subconsciously or otherwise, they observe you and your reactions to it. They know what’s coming, after all. This happened to me recently during my month-long binge of Crazy Ex-Girlfriend. I was hanging out with a close friend and she suggested we watched it together—a cunning plan on her part to catch me up quicker so we could have lengthy discussions about storylines I hadn’t gotten to yet (we really should have our own podcast for this). The episode that happened to be at hand was Season 3, Episode 5, "I Never Want to See Josh Again"—which sees our heroine Rebecca Bunch “bottoming out” and overdosing on a plane, emotionally devastated by everything in her life, including the man of her dreams abandoning her at the altar and her mother’s misconceived attempts to help by plying her daughter with anti-anxiety medication without her consent. As each scene unfolded, building towards the traumatic event, I could feel my friend inching closer to me from her seat, eyes fervently ping-ponging between my face and the screen. When it was over, she asked quietly if I was okay and said she was glad to have kept me company during this particular episode. I had to agree.

Things got kind of dark for me this past summer. I’ve struggled with to get a firm and enduring handle on treating my mental illness since I was a teenager—I've seen revolving doctors and their misdiagnoses, therapies with varying amounts of success, and careless prescriptions written out and shoved discreetly into my clammy palm for medications my body would sooner or later reject. As it happens, Rebecca has a similar trajectory on Crazy Ex-Girlfriend.

When I turned thirty, I had a bit of an epiphany, leaving a job that I was severely underpaid and unsuited for in favour of the pursuit of personal happiness. I naturally began to relax in my own skin, becoming more confident and developing a contented sense of self. Maybe this was the reward for getting through all that messiness in my twenties. Maybe it’s an unspoken rite of passage, like leveling up in a game. That’s why the severity of my summer spiral into the darkest crevices of my brain was more than a shock for my loved ones, and especially for me. Intense anxiety about things in my life I wasn’t completely satisfied with but couldn’t necessarily control became monstrous; looping negative thoughts (which Crazy Ex-Girlfriend creator Rachel Bloom has discussed many times) replaced rational and calm ones, culminating in a desire to just disappear. This way, I would no longer have to deal with any of it. I sat cross-legged on the floor of my studio apartment in a trendy part of North London and ingested 25 (expired) muscle relaxants I had found in the back of a drawer. I didn’t realise at the time they were dated 2016, and thus far less potent than I thought (you can laugh—I did). Then I waited for whatever was going to happen next.

The thing is, and I’ve talked about this in a new and wonderful form of psychotherapy I’m currently trying called "Open Dialogue," I wasn’t intending on anything permanent. That I couldn’t take back. On killing myself. I have goals, I have things I want to do and achieve, and I have people in my life I intend on spending time with, indefinitely. I just wanted it all to go away—all of the "stuff" I felt deeply overwhelmed and unhappy with. 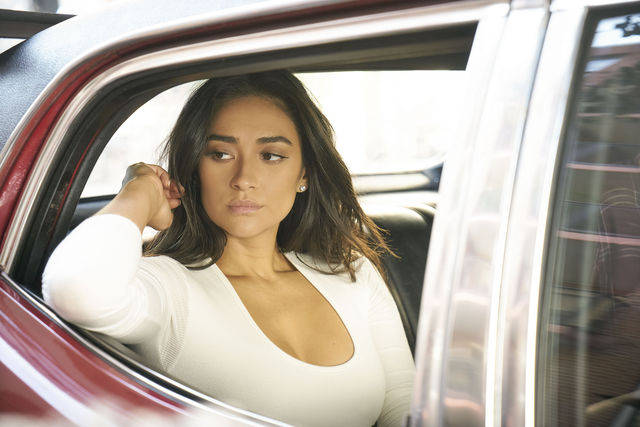 I don’t think any of us who devoured You when it hit Netflix at the end of December would necessarily praise the show for its realism. We suspended disbelief regarding plotholes and every character is, of course, a garbage person. But something about dynastic princess and subject of many an unironic #goals Twitter post Peach Salinger and her fake overdose in Season 1, Episode 6, "Amour Fou" provoked a twinge of empathy from me. Misguided and manipulative are a couple of ways to describe Peach's act of swallowing a bit of ibuprofen chased with a little over the recommended dosage of a mainstream antidepressant. Peach is a compulsive list-maker, and she catalogued what she had taken in a notebook. (For further reading on the family neuroses, I thoroughly recommend My Salinger Year (2014), which details J.D’s antiquated meticulousness).

Maybe some would have used those words—"misguided and maniuplative"—about me. But the feeling that provoked the overdose, that craving for someone—Beck, a partner, a parent—to hear you, to pay attention as your brain won’t let you communicate properly...I get it, I'm afraid. As psychiatrist Dr. Bernadka Dubicka puts it, “Some young people struggle to put their distress into words.”

Crazy Ex-Girlfriend is a revelation of a TV show, effortlessly clever and consistently hilarious, featuring excellent musical numbers and a cast of characters you can’t help fall in love with. However, it’s the show’s honest and accurate depiction of mental illness that is the true crowning achievement, and I’m definitely not the first to vocalize that.

At some point, a young female paramedic arrived beside me on the linoleum floor. She had super cool tattoos and we chatted about the Veronica Mars hoodie I was wearing on our way out to the ambulance. I remember stating arrogantly that there was no need for a hospital visit, for such fuss. I was perfectly compos mentis, which I thought she would have realized from our conversation about Logan Echolls. Then I realised my eyes had started to lose focus, which quickly turned into extreme lack of vision. This was deeply unsettling, to say the least. I had been waiting for something to happen, but hadn’t expected it to be that.

In "I Never Want to See Josh Again," Rebecca, while on a plane, washes down a giant handful of the anti-anxiety pills her mother was secretly feeding her with a glass of wine provided earlier by a kind flight attendant (women can be nice to each other!). The camera pulls focus: we see a blurry shot of the overhead passenger alarm, and Rebecca’s shaky arm stretching towards it. “I need help,” she says. Never have I related to the experience of a television character so absolutely: the rashness of the decision, the helplessness, and how taking a bunch of meds can fuck up your eyesight (and your body) for what seems like an actual eternity.

That’s what we love about entertainment, about “our” shows. We take pleasure in recognizing our own traits in certain characters and relating an event we have been through to one in a storyline. It makes us feel seen. It was oddly cathartic to see what happened to Peach and Rebecca, and while (spoiler) things ultimately have worked out better for the latter, I was right there in the bell jar with them both.

I read a troubling statistic recently that in the UK between 1998 and 2014, the amount of young people overdosing on painkillers and antidepressants increased fivefold. On a positive note, our National Health Service is “significantly expanding access to mental health services” to enable more young people to receive the help they desperately need and to hopefully reduce this number by 2021. Things are certainly looking a bit brighter for me at the moment, and I’m receiving the support I need. I’m working on things, just like Rebecca Nora Bunch. We’re not alone.

Lauren Pinnington is a writer and overthinker based in London, UK. You will likely find her drinking a strong gin and tonic, watching American teen dramas or on Instagram @laurenpinnington. If you would like to peruse more of her work, you can do so here: https://www.laurenpinnington.com/writing.

Tags: You , Crazy Ex-Girlfriend , mental health , personal essay
Support Feminist Media!
During these troubling political times, independent feminist media is more vital than ever. If our bold, uncensored reporting on women’s issues is important to you, please consider making a donation of $5, $25, $50, or whatever you can afford, to protect and sustain BUST.com.
Thanks so much—we can’t spell BUST without U.