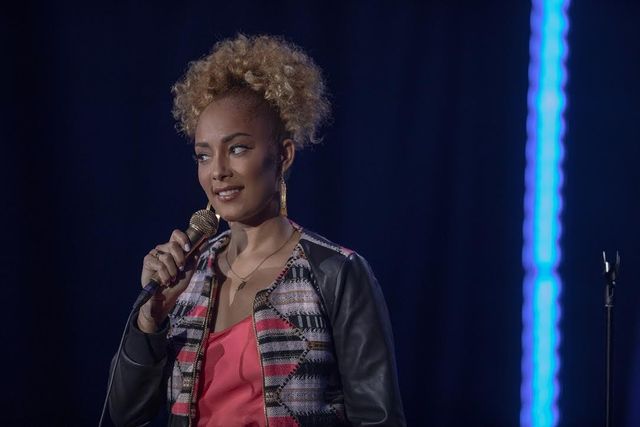 If you have plans this Saturday night—change them. Comedian, actress, and writer Amanda Seales of Insecure and stand-up fame is releasing her first special on HBO, and it’s full of all kinds of humor, truth, singing, and new and necessary vocab (your vagenda, she explains, is the list of people who could get it).

“I think for any comedian, doing your special is a very seminal moment,” Seales tells BUST. “But for me, it was always like, if I’m gonna do it, I want to do it on my own terms.”

The special, titled Amanda Seales: I Be Knowin', opens with an homage to one of Seales’ Instagram Stories: She explains that her special is “comedy, so it’s really for everybody. Well, maybe not everybody,” she immediately corrects. “Everybody except for racists, rapists, sexists, misogynists, narcissists, you know, folks that are calling the cops on black folks who are just living our lives.” She continues to tell Trump voters, transphobes, xenophobes, and straight men who don’t reciprocate oral sex that this special is definitely not for them, either.

“I knew I wanted to do an intro that was quick, but that had a tie-in to my voice and to my Instagram story, because my Instagram has become a very important part of growing my voice and my support base,” she says. “This just felt like a very quick way to bring people in, and also push the people I don’t care about away.”

And Seales’ platform is a pretty amazing one. The multi-hyphenate spent much of last year on tour with Smart, Funny and Black, her game show all about black history and culture, and is currently starring as Issa Rae’s very happily married friend Tiffany on HBO’s Insecure, which was renewed for a fourth season last fall.

When asked if it’s ever challenging to switch between acting and stand-up, Seales doesn’t hesitate. “Tiffany is her own entity. When I’m in the comedy space, it’s my voice,” she says. “I think it actually would be harder switching between my own scripted project and my stand-up, just because it’s closer to home—for some people that may make it easier, but for me, it’s like I go to my job, and I become this character. And once I leave there, I’m Amanda.” 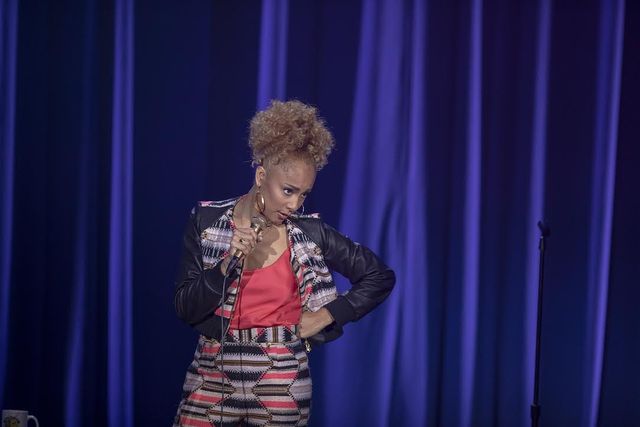 Additionally, Seales is currently on the second season of her podcast, Small Doses, which offers advice, glimpses into Seales’ life, and conversations with other comedians and actors. In fact, she’s writing a book—also titled Small Doses—that she describes as the “literary accompaniment to my podcast.”

“It has kicked my ass, the entire process of writing, in the best way possible,” she says. “It’s essentially the world according to Amanda—so you either find humor in that, or you hate it, but it’s authentically my thoughts about things, and my choice to find the funny in all of this.”

I Be Knowin is out on HBO January 26 at 10 pm EST on HBO. And after the hour-long special—probably even after just ten minutes, to be honest—you’ll probably agree that the world according to Amanda is exactly what we need right now.