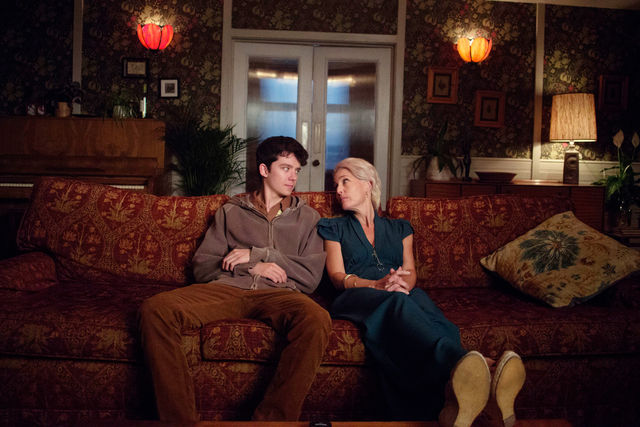 Let’s talk about Netflix’s new UK teen dramedy series, Sex Education. Still in the post-binge glow, I’ve been describing it to all my friends as the child of The End of the Fucking World and Please Like Me. Could I give a show higher praise? No, I could not.

In the first few days of a new schoolyear at Moordale Secondary School, Otis’ talent for giving sex advice is discovered by Maeve (Emma Mackey), the troubled cool girl who is secretly a genius. Maeve quickly finds a way to monetize this, and so she and Otis team up to run a sex therapy practice for their fellow students. Each of the eight episodes in the first season involves at least one client with varying degrees of serial plot relevance. Otherwise, the plot explores the relationship dynamics between friends, families, and love interests. 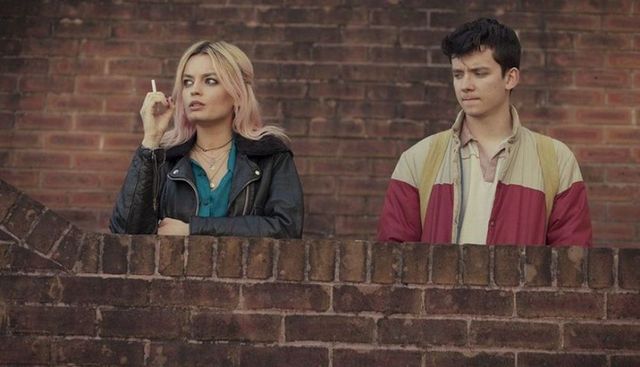 Of course, there are some classic teen shenanigans and familiar plotlines along the way, but Sex Education manages to feel entirely fresh, due in large part to its intersectional characters and mature handling of often belittled teenage problems.

This show has some of the best drawn LGBTQIA+ characters I’ve seen since Please Like Me, which ended in 2016 after four glorious seasons. (Please Like Me is an Australian dramedy created by comedian Josh Thomas, and it can be streamed on Hulu. It’s not the intention of this piece for me to gush about it, but really, you should add it to your must-watch list.) There are several gay and lesbian characters and couples on the show, all of whom are developed outside of their sexuality and accurately reflect different stages of life. Not only does this feel much more representative of the real world, it ensures no LGBTQIA+ character is tokenized.

Most notably, Otis’ best friend, Eric (Ncuti Gatwa), is black, flamboyantly gay, comes from a religious family, and has one of the best, most heart-wrenching character arcs of the season (if you thought Barb deserved better in Stranger Things, prepare yourself to be outraged). Though he fits the “gay best friend” archetype, the stereotypical nature of Eric’s character begins and ends there. Eric gets to explore religion, internalized fear and anger, and the effects of trauma, all while being one of the most pure and funny central characters on the show. As an added bonus, his friendship with a young man (Otis) is never questioned; Otis is never made to wonder if Eric might be interested in him, and we get to see Otis not only willingly, but willfully, participate in queer culture at Eric’s request. Everything about them screams Friendship Goals. 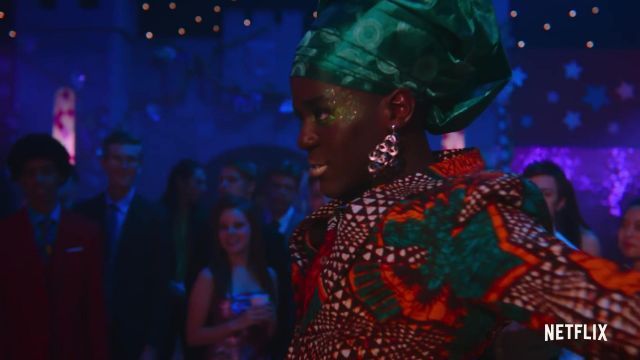 I can’t talk about Sex Education and Goals without bringing up Ola (Patricia Allison), a supporting character in five of the eight episodes. Ola is everything we should strive to be: hilarious, forward, unapologetic, and self-aware. She makes it clear to Otis that she’s interested in him, then easily counters his opinion on school dances (not a fan) with her own (big fan). She doesn’t fall into the trap of trying to mask her thoughts to appease others, especially the boy she likes, which feels revolutionary in a female teenage character who isn’t made out to be a rebel or “man-hater.”

Ola goes to said dance in a badass tux, which no one finds odd (no side comments nor side-eye are given), again normalizing something that most teen shows turn into a plot point or an overbearing declaration of inclusivity. In the midst of the dance, she confronts Otis about an issue that poses a threat to their burgeoning relationship, and when he unwittingly insults her by trying to downplay the situation, she recognizes it as bad behavior and doesn’t stand for it. Ola is an instant role model and icon. 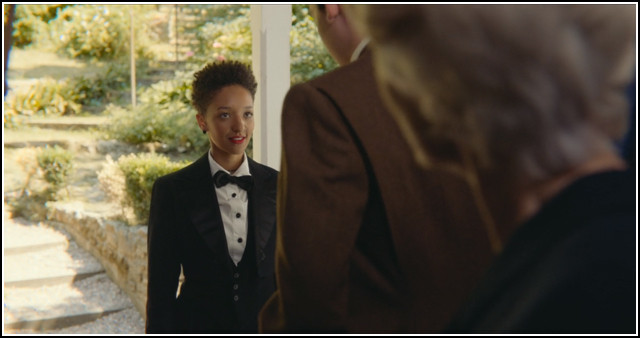 The issues Sex Education’s characters face are equally well-crafted and diverse. We’re talking abortion, consent, stalking, sexual blackmail, mental health, classism, homophobia… the list goes on. Each issue is handled with sensitivity and tact, pulling on heartstrings without the feeling of being manipulated into caring. Like The End of the Fucking World (another Netflix Original I highly recommend), the series carries weight because it hits on some of the most contentious social issues of today through the perspective of one of the most vulnerable and impressionable populations: teenagers.

Sex Education is the kind of aspirational television that shows the best of intersectional feminism. I could go on and on about the other characters and specific meaningful moments, of which there are several poignant things to write about (I haven’t even had a chance to mention that the show is helmed by Laurie Nunn and its writing team is made up almost entirely of women!), but this piece has to end somewhere. Suffice it to say, to not get a second season of Sex Education would be the crime of the century, and so I humbly implore you to go binge-watch it now.