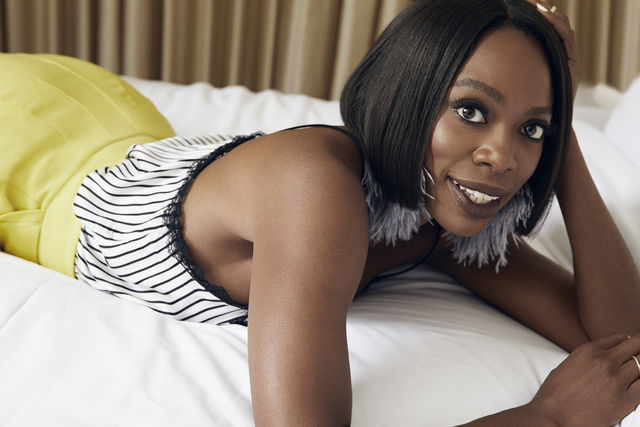 Yvonne Orji is a hugger. She’ll approach you with her arms as wide as her smile and bring you in for a solid, firm hug. If she welcomes you into her world, you’ll feel at home instantly. But she also knows how to maintain firm boundaries, especially as her star rises in Hollywood. The 35-year-old actor refuses to make compromises when it comes to her devout Christian faith. And she maintains a careful separation between her public and private lives.

Before fans came to love her as Molly Carter, the ambitious bestie of the show’s main character Issa on HBO’s Insecure, Orji was as a stand-up comedian, a career she chose in an unusual way. In 2006, in the midst of preparing for a medical career, she entered the Miss Nigeria in America pageant. Two weeks before the event, however, she still didn’t have a talent for the competition. So she asked God for guidance, and the answer came to her: Do comedy. “I’d never done comedy. Am I even funny?” Orji recalls thinking. “And again, I heard the Holy Spirit say, ‘Well, what else do you have?’ I thought, If I’m going to trust God, this is one heck of a trust fall.” 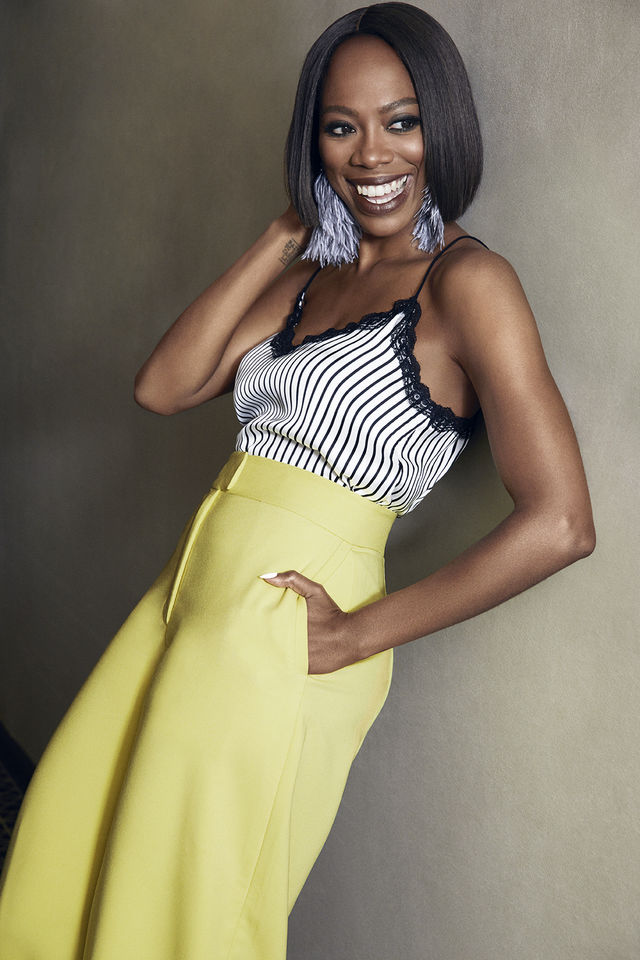 She’d always had a love for performing, but “stand-up was the vehicle that led me to discover all the other loves,” like acting, she admits. Stand-up “made me feel like I was doing something,” she says. “I was actively pursuing this thing I could invite people to so they could see my craft. I couldn’t control the acting thing, but I could control comedy, because if you’re good, you can get on stage.”

Faith and hard work led to more comedy gigs, which led to Orji eventually opening for Chris Rock in 2017. Growing up with three older brothers in Maryland helped prepare her for the male-dominated field of stand-up, but there are still moments that give her pause. “I always get irritated when a male comedy host will introduce a woman and say, ‘Are you ready for a female comic? Your next comic is a female!’” she says. “Like…Let’s lower our standards and our expectations because there’s a female coming! I’ve never heard them say, Are y’all ready for a male comic? I’ve never heard that.” 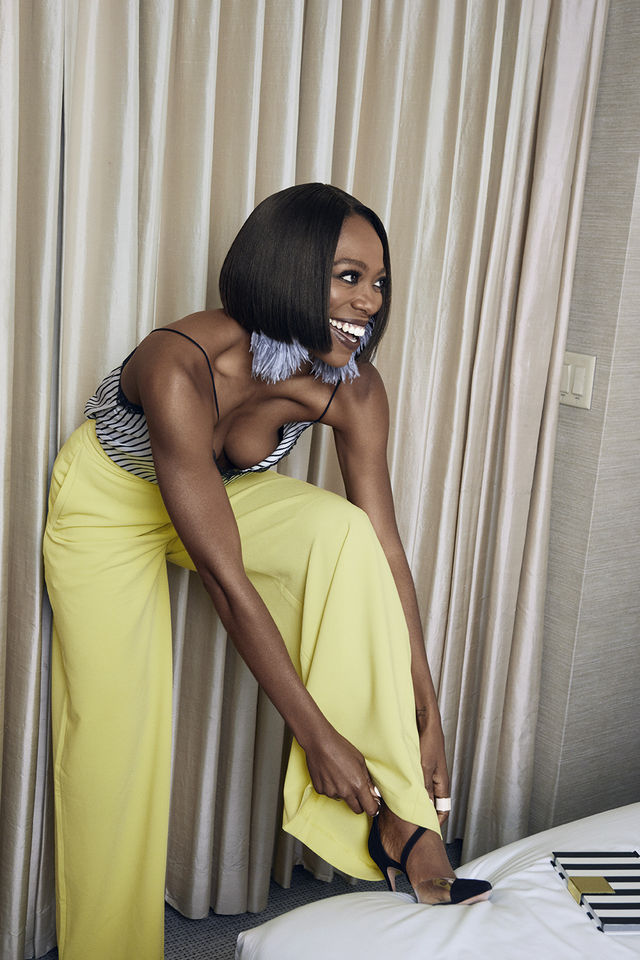 Luckily, the world of Insecure is a much better working environment. “Everything starts with the head and we have such good people at our head,” she says of the show’s creator Issa Rae, showrunner Prentice Penny, and executive producer Melina Matsoukas. “I honestly hope Insecure goes on for 18 seasons because I’m so spoiled.”

Meanwhile, Orji also is the co-host of Jesus and Jollof, a hilarious podcast about being Nigerian she records with humorist Luvvie Ajayi; writing a book; and developing a TV series called First Gen, about a Nigerian immigrant family much like her own. “I’m super excited about it,” she explains, “because it will be the first ever show about an African family in mainstream American media. A lot of times, when you see Africa represented, it’s one of two extremes. It’s either Coming to America or Hotel Rwanda. I want to show an everyday African family navigating being both African and American. Nigerians are such proud people. You probably know a Nigerian, and if you don’t, it’s your loss.”