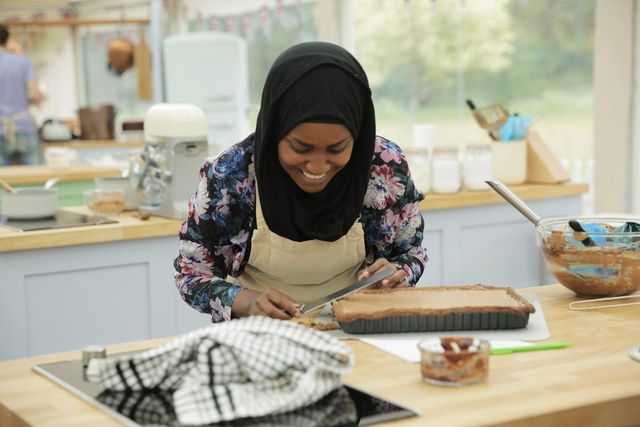 It’s the most wonderful time of year in New York City. The streets are lined with Christmas trees, filling the air with the smell of evergreens, and holiday lights glow throughout the boroughs. Starbucks has released its seasonal cups, and the frigid air has made it once again acceptable to wear sweatpants out in public. December is also a time for many of us to start feeling the effects of seasonal affective disorder settling in. The sky is mostly void of sunlight from now until March, which will cause many of our brains to crumble and crack. I’m suddenly exhausted for no reason, and I want to eat a diet solely of carbs and hibernate in my bed sans bra wearing oversized clothes for the next three months.

Unfortunately, I can’t afford to hibernate, and likely neither can you. We have to go to work and maintain our social calendars. We need to continue carrying out the mundane tasks of every day life and keep showing up to yoga in an attempt to preserve our Zen and not feel like Beadnose, the hibernating bear crowned 2018's fattest bear of year—although, to be honest, that sounds like a dream scenario.

This time of year, articles and lists appear online telling those of us experiencing S.A.D. to engage in a slew of activities like exercising, sitting under a sunlamp like an iguana, taking vitamin D supplements, talking to our therapists more often, and taking antidepressants if our days start feeling too bleak. While these suggestions may be ethically sound, they can be costly, time-consuming, and worst of all, effortful. This season, I added a simple and scientifically unsound activity to my treatment plan: watching The Great British Bake-Off. In a self-conducted study, five out of five people surveyed reported that watching the Great British Bake-Off produced positive effects on their mental health, including increased happiness and a sense of calm. Two participants noted elevated energy levels, although this occurred primarily in the kitchen.

While brains can break due to S.A.D., they can implode for a variety of other reasons: grief, PTSD, mania, a bad trip, heartbreak, the weather, the 24-hour news cycle, receiving divorce papers, postpartum depression, or not correctly icing a cake. No matter what you're going through,The Great British Bake-Off can feel like a cure-all.

"The number of heartfelt tears shed over dry biscuits and soggy bottoms filled a void within me."

I first discovered GBBO over a particularly harsh mental health weekend last winter when my mind was mush, hardly usable. I couldn’t form well-developed sentences, and I don’t remember much except ordering cinnamon raisin bagels and chocolate milk. My wife converted our entire 400 square foot apartment into two bedrooms: she blew up a queen-sized inflatable mattress and pushed it against our couch, giving us a bed in whichever room we decided to inhabit. During particularly tough times, it’s helpful to have someone around who will remodel your entire home into a lounge and order comfort food.

I couldn’t focus as we sprawled out trying to watch TV. My brain was preoccupied, replaying an array of despondent thoughts on the back of my skull like a movie I couldn’t turn away from. My wife clicked through Netflix, attempting to find a mindless show to distract us both. When your brain breaks, you will also need access to a platitude of multimedia entertainment. As she searched, I noticed an icon for The Great British Bake-Off and was able to form an entire sentence to suggest we watch it.

Right away, my brain quieted down. I felt soothed by the gamut of British accents and visuals of gorgeous desserts. The show takes place in a picturesque countryside, seemingly plucked from a children’s storybook. Each episode provides order and beauty. The entire show is delightfully un-American: there is no prize (aside from an engraved cake plate), bakers treat each other with civility and encouragement, and the emotional depth the contestants display regarding Chelsea buns and Victorian cakes is staggering.

The number of heartfelt tears shed over dry biscuits and soggy bottoms filled a void within me. Watching the bakers suffer and stress made me feel slightly better. I found the British slang hypnotic. Every time bakers were instructed to bring their bakes to the gingham, I lit up. What a fun, cryptic way to denote checkered picnic table cloth. My brain cooled down watching the order and repetitiveness: Every week consists of three baking challenges, the crowning of star baker, and woefully sending someone home. And at the end of each episode, the bakers and judges hug one another and cry from exhaustion and anxiety.

When your brain breaks, use the Great British Bake-Off as a model of how to behave. Try to find ways to embody the contestant’s actions. Be kind to yourself, cry, and get plenty of physical attention and support from others. Maybe take a stab at baking yourself a sweet treat. Or better yet, order desserts from Seamless and just keep watching.

The Baking Blog You Can't Live Without, Featuring The Peanut Butter Cookies That Will Change Your Life