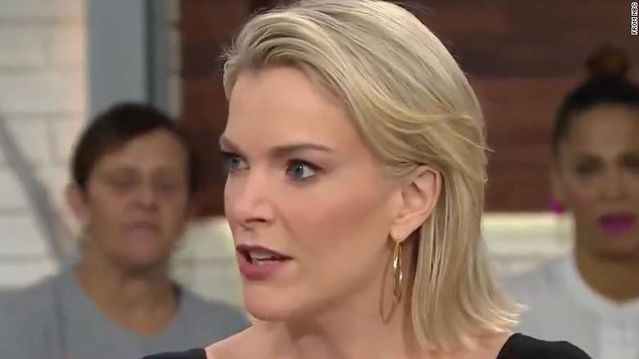 Megyn Kelly, following her latest display of racism, might be leaving NBC for good.

The Megyn Kelly Today host didn’t appear on the network this morning, with an NBC News spokesperson saying that her show will be airing reruns this week. Sources close to NBC told CNN that it’s likely she won’t return back, but information about her departure and its timing are still getting figured out.

Kelly got a lot of well-deserved backlash after she discussed—with an all-white panel—whether blackface was ever okay for Halloween. “What is racist?” she asked. “Because you truly get in trouble if you are a white person who puts on blackface at Halloween. Back when I was a kid, that was okay as long as you were dressing up as a character.”

As many people have noted, that is definitely not okay now, and it was also not okay when Kelly was a kid, either.

The Daily Beast reported that NBC News Chairman Andy Lack condemned Kelly’s comments in a town hall the next day. “There is no place on our air or in this workplace for them,” he said. “Very unfortunate.” Kelly also released an apology statement.

Her whole spiel, though, wasn't uncommon Megyn Kelly behavior. Let's not forget the time she asserted Santa (oh, and Jesus, too) was "what he is, which is white," or when she argued Michelle Obama's 2015 comments about discrimination were self-victimization. Kelly has been racist her entire career, and NBC made the choice to overlook that when hiring her in the first place.

CNN’s sources did say that Kelly’s departure was already in the works even before her Tuesday comments—but hopefully, if one good result can come out of that disaster, it will be an expedited end to her television screen time.

For Megyn Kelly, Blackface Is Okay, A Black Santa Is Not