"Herstory 101" Tells Us What Really Went Down In History 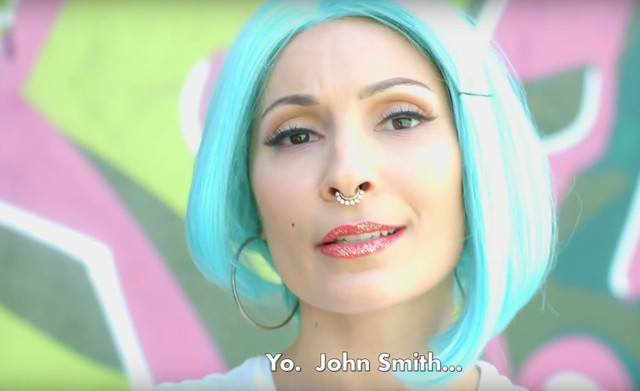 For Indigenous People’s Day last week, director Casey Gates, who runs the YouTube channel Lady Brain Films, collaborated with writer Kyla Garcia to clap back with the premiere of a new mini-series, Herstory 101. The first episode went public on October 8th and was appropriately titled “John Smith Was A F*ckboy." It delves into the famous "love" story of John Smith and Pocahontas, which Disney got very wrong.

The series features Dagmar Rodriguez, who wanted to write rhymes depicting history from the female perspective. Rodriguez gives us glam looks in a bright blue wig, glittery lipstick, and a full Keith Haring outfit, while spitting poetic truths about how history really went down. Sans white-washing and the male ego, history looks a lot different than we've been told before. 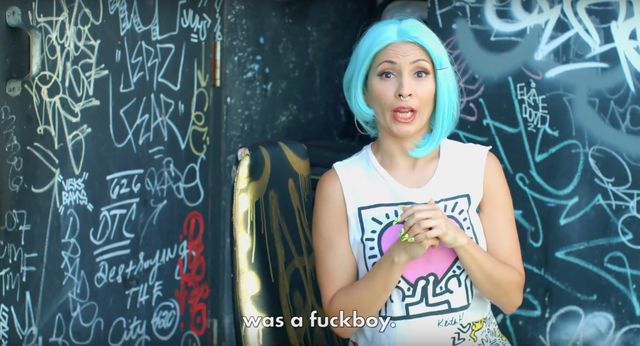 The video starts off with Rodriguez succinctly stating:

She goes on to elaborate:

He gained all his notoriety talking shit ‘bout indigenous youth. That’s right, I said “talkin’ shit.” Cause that tale he told about him and Pocahontas was tall. He claimed her father tried to kill him, and she heroically took the fall. But according to modern day historians, her father was most likely just performing a ceremony to welcome him into the tribe… and no one had to fight to keep his triflin’ ass alive.

The rest of the video details how John Smith is a colonizer who exploited women, children and indigenous people to pursue his own fame. Sounds about right.

We suggest you watch it yourself for a full breakdown.

According to Lady Brain Films, a second episode is on the way, this time featuring f*ckboy Pablo Picasso, so thankfully we have that to look forward to.

both photos from Herstory 101: John Smith Was A F*ckboy