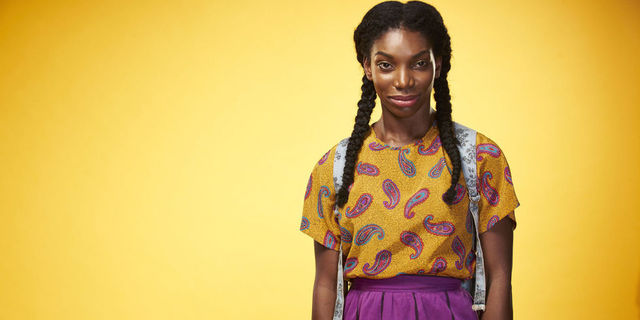 Michaela Coel, the brilliant actress and screenwriter behind the award-winning comedy TV series Chewing Gum, spoke out this week about her experience working in the industry following a sexual assault.

As the Telegraph reports, Coel said she was sexually assaulted by strangers while working to finish the second season of Chewing Gum. After waking up from the violent assault, Coel said, “The first people I called after the police, before my own family, were the producers.” She requested that her writing deadline be pushed back and that the channel be informed why. The producers postponed the deadline, but Coel later discovered that her other request hadn’t been followed.

This lack of support continued. As she struggled to recover from the traumatic incident, Coel found the production company staff “teetering back and forth between the line of knowing what normal human empathy is and not knowing what empathy is at all.”

According to Jezebel, the Black Mirror actress went on to say that the production company did not understand how to offer support to an employee experiencing trauma. “When there are police involved, and footage, of people carrying your sleeping writer into dangerous places, when cuts are found, when there’s blood… what is your job?”

Coel brought the incident to light in her MacTaggart lecture at the 43rd Edinburgh International Television Festival, where she was the first Black woman and youngest person ever to be chosen for the prestigious speaking engagement. She used the opportunity to speak out not only about how the TV industry handles sexual assault, but how they handle harassment and racism.

Coel recounted realizing that a white actor on Chewing Gum had been given their own private trailer, while five Black actors were made to share. According to The Guardian, when she asked the actors why they’d agreed to share one tiny space, she realized that they were afraid speaking up might get them fired.

But when Coel pointed out situations like that one to people with the power to change them, they got defensive rather than working to make things right. “I’ve never accused anyone at work of racism but I’ve been urged to understand someone ‘isn’t racist’ on every job I’ve acted in since, just by pointing out possible patterns, tendencies. When I agree they aren’t racist, but suggest they may be thoughtless on the matter, it doesn’t go down very well. But if you’re not racist, or thoughtless about race, what other thing can you be?”

According to The Guardian, Coel also recounted attended a party at which she said, “Oh yes, nice to meet you,” to a TV producer, and his immediate response was “Do you know how much I want to fuck you right now?” Uncomfortable, Coel left the party immediately-- unable to even celebrate the award she had just won. She later found out that the same man called the friend she had brought to the party the n-word.

Coel hopes that her words will pave the way for desperately needed change in the TV industry. She will continue to use her powerful voice to support survivors—she is currently working on a BBC TV show about sex and consent that promises to do just that.

“We’re all gonna die,” Coel said in her MacTaggart lecture. “Instead of standing here, wishing for the good ol’ glory days, about the way life used to be before Mark Zuckerberg graduated, I’m going to try to be my best; to be transparent; and to play whatever part I can, to help fix this house. What part will you play?”