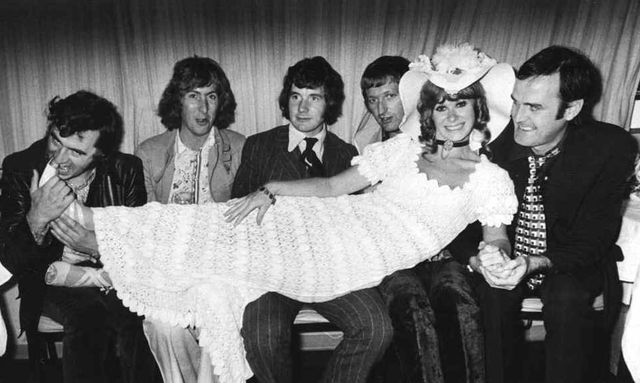 Carol Cleveland is a face you’ll recognise if you’re a British comedy fan. She’s been in SO many comedy shows and sketches throughout her career, including Monty Python’s Flying Circus. 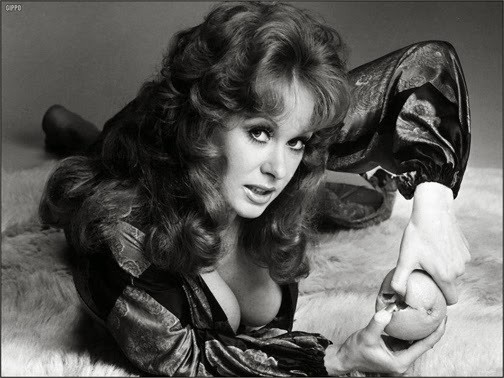 Carol!!! We are not worthy!

Born in 1945, Carol caught the performance bug at a very young age. After all, both her parents were actors, and so from the age of just two, Carol was out booking modelling gigs (because hey, two is a totally normal age to be earning living).

Carol’s parents divorced when she was four, and her mum got together with a dashing US serviceman named Cleve, which led to the family upping sticks and moving to the USA, where Carol grew up around various military bases.

In 1960, Carol and her family moved back to London, and Carol immediately signed up for prestigious drama school RADA (The Royal Academy of Dramatic Arts).

Now guys, Carol was at RADA at an AMAZING time!

We imagine this was most of RADA...

After graduating, Carol started treading the boards and appearing in some well-loved cult TV series like The Avengers (no not those ones, the Brit TV series), The Saint, The Persuaders and Randall & Hopkirk (Deceased).

During her actor's "resting period" (AKA when she was out of work), Carol auditioned to be a Playboy bunny for the new club in London. She landed the job and worked under the name Didi in the London club during its grand opening in 1966. 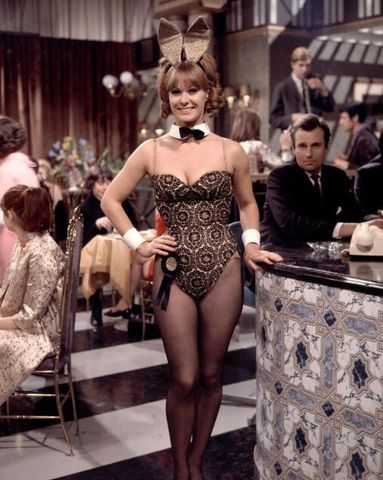 By 1967, Carol was getting movie gigs. She snagged a bit part in the last film ever directed by Charlie Chaplin, The Countess from Hong Kong, which also starred Marlon Brando and Sofia Loren.

After that brush with stardom, Carol landed yet another bit part as a glamour girl in Salt & Pepper, a Dean Martin and Sammy Davis, Jr. film about two lads who open a Playboy-style club (in it, she gets to be a called a "Pepperette," which is possibly the saddest faux-sexy name ever created).

By the late '60s Carol’s career had started to veer towards comedy. She’d been wasted as a disposable glamourpuss, but now her skills as a seriously funny lady had a chance to shine, thanks to roles in stupidly popular British programmes The Two Ronnies and With Morecambe & Wise.

Carol then worked with comedy legend Spike Milligan on his TV sketch show. Spike referred to Carol as a "funny dolly bird" (*rolls eyes*); after that, Carol coined her own name, referring to herself as a "Glamour Stooge."

As a result of her growing comedy chops, Carol was hired by director John Howard Davies to appear in four episodes of this new sketch show he was directing called Monty Python’s Flying Circus (you might have heard of it…)

Carol turned up for her first day shooting without much thought about what she was walking into. She was totally bewildered by the script, especially as most of the sketches tended to have zero punchlines or even proper endings!

After her first read-through, Carol called her mum and told her:

“YOU KNOW… I’M NOT SURE THIS WILL LAST MORE THAN FIVE EPISODES.”

Yeah….Carol got that one wrong. Monty Python would become one of the most popular and beloved comedy shows EVER.

One of her first sketches is a fave of mine, the Marriage Guidance Counselor sketch. The set-up is simple: Carol and her hubby (played by Michael Palin) go to see Eric Idle’s marriage guidance counselor, and by the end of it, Carol’s getting off with Eric Idle behind a screen and they tell Mike to piss off.

The cast LOVED her giggle, and the fact that she was up for doing anything. Carol’s contract for the show wasn’t renewed, but the Python boys demanded she be kept on.

They started writing more parts for her—though they all admitted they weren’t great at writing roles for women, and they played most of the women’s roles themselves.

She appeared in most of the episodes throughout the four series (30 out of 45, to be exact) and she appears in EVERY Monty Python film. She plays a 19-year-old virgin in Monty Python & The Holy Grail, with Terry Jones teasing her that this must be her most "difficult role to date."

She was also brought in for various Monty Python Live shows too, starting with Monty Python’s First Farewell Tour in 1973.

After some more touring, Carol was invited back again to do Monty Python at The Hollywood Bowl in 1980. She was getting ready to go for a swim when she got the call, and she was so excited that she forgot to put on her bathing costume and walked out to the public pool stark naked.

We've all been there!

Recently, Carol’s been on cult comedy smash Toast of London, playing a US talent agent. AND in 2014 she reunited with all the living Pythons for a live show of some of their most well loved sketches. We saw it twice, she was THE BEST. Carol is still working today and says regularly that the only way she’ll stop being in showbiz is if she dies.

I’m so grateful for Carol; she was such an inspiration when I was growing up. She showed the world you can be both pretty AND funny. She held her own in a sea of strong personalities and made her mark on comedy in a fun and sexy way.

WE LOVE YOU, CAROL!

That was interesting, where can I find out more? Well Carol, has her own hilarious autobiography out PomPoms Up!: From Puberty to Pythons and Beyond. It is hilarious, and she’s had an amazing career, so there’s some wonderful anecdotes in it!

Tags: Carol Cleveland , Monty Python , comedy , comedians , F Yeah History
Support Feminist Media!
During these troubling political times, independent feminist media is more vital than ever. If our bold, uncensored reporting on women’s issues is important to you, please consider making a donation of $5, $25, $50, or whatever you can afford, to protect and sustain BUST.com.
Thanks so much—we can’t spell BUST without U.