Nikohl Boosheri Of “The Bold Type” On What Makes The Show (And Her Character) So Important: BUST Interview 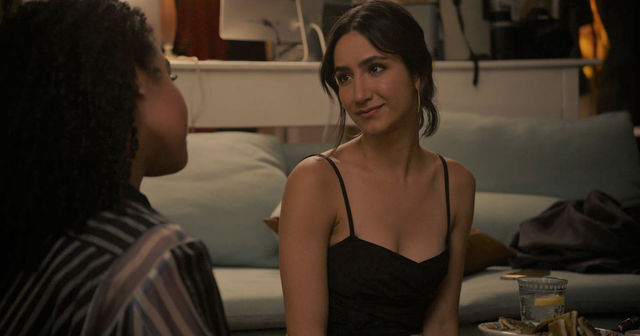 The Bold Type, Freeform’s breakout series about the women working at fictional magazine Scarlet, is changing feminist television, and it’s largely thanks to Nikohl Boosheri’s character Adena El-Amin. Adena, introduced in the show’s pilot episode, is a queer Muslim photographer who forms a friendship-turned-romance with social media manager Kat (Aisha Dee), and both Adena and her relationship have gained a massive fanbase—not only because Adena’s so kickass, but because she’s a character so rarely represented onscreen.

“Adena drew me in because I had never seen a character like her before, and it actually scared me a little. I wondered if audiences were ready to see this kind of character onscreen,” Boosheri told BUST. “I always get really excited when I get that feeling.” 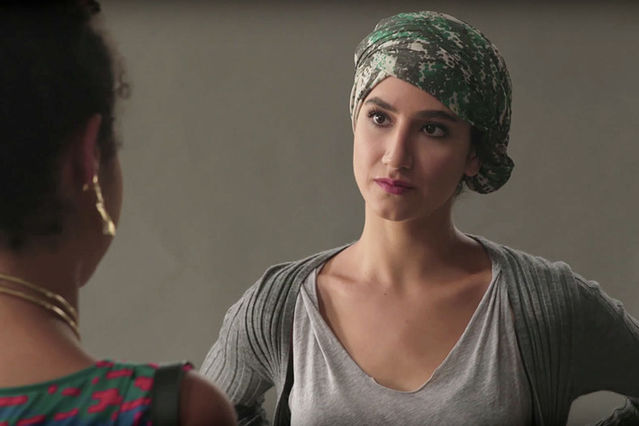 Image via Freeform / The Bold Type

The show, currently on its second season, has tackled issues including gun ownership, slut-shaming, and sexual assault in the workplace. “The writers are great, and aren’t afraid to really push the envelope and the more hard-hitting issues that we’re dealing with today,” said Boosheri. The show is, she added, “so current, but in a way that still doesn’t feel so dark. It feels optimistic, and I think that’s something that we need right now.”

Serious storylines on the show, though, are balanced with humor, heart, and friendship, and a focus on intersectional feminism. Adena’s character, in particular, has dealt with issues including Islamophobia and struggles with immigration and acquiring a more permanent visa. “I’ve always believed that art should be a mirror to the world around us,” Boosheri said, “and I think The Bold Type does a really good job doing that. I think the constant reaction to it goes to show that you can tell these kinds of stories, but still be entertaining for people.”

The Bold Type marks Boosheri’s first role as a series regular. Prior to getting the role of Adena, she was best known for her performance in the 2011 film Circumstance, a coming-of-age story about sexuality and youth culture in Iran. “I think that just being an immigrant and a woman of color myself, my art is going to be inherently political for me,” Boosheri said. “That’s not necessarily why I started acting, but I think it became clear to me quite early in my career that that’s not really something I could or wanted to avoid.”

Because, as Boosheri said, characters like Adena are so underrepresented in popular culture—last summer, The Cut published a powerful list of quotes from queer Muslim women about the importance of visibility in The Bold Type—there’s an added pressure to do her justice. “A lot of people are looking to that character to see themselves and their own experiences reflected back to them,” she said. “I hope this is a push to content creators that people are interested and wantmore characters like this. I hope that [Adena] really isn’t just going to be the exception.” 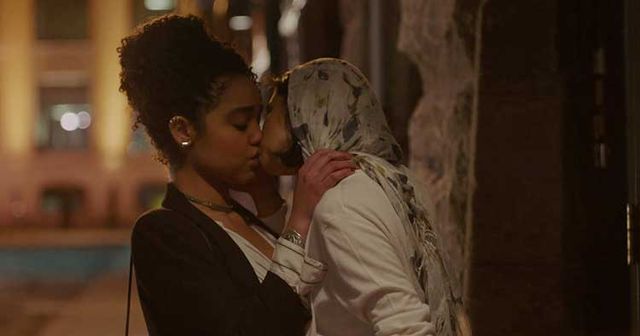 Image via Freeform / The Bold Type

As for Adena’s relationship with Kat, the pair has taken on a new set of challenges this season. “We get to explore a different side of their relationship, and that’s been very fun for me,” said Boosheri. While Season One focused heavily on the couple getting together, Season Two has shown the ups and downs of living together and settling into a relationship—a kind of intimacy that’s more rare on TV. “The drama between them is coming from real-life issues that happen when you’re getting to know someone, and you’re living with someone, when you’re at different stages in life and you have different levels of experiences. It’s intimate and very real.”

This season, she added, “we get more about what challenges they’re going to face, just being at different points in their lives. This is Kat’s first relationship. Adena is a little older; she’s more mature, she’s more experienced.”

Despite these challenges, though, Kat and Adena are more in love than ever, and communicating through all kinds of obstacles related to friendship, exes, and sex, among others. “Sometimes people just come into your life that are kind of unavoidable. There’s just something about that person that draws you in. Everything feels very heightened and passionate and moves quickly, maybe against what people’s advice would be—you’re supposed to do this before you do this, you should be together at least a year before you move in. There are these unspoken rules, but sometimes you meet these people and your relationship ends up defying that,” Boosheri said. “That’s who these people are to each other.”