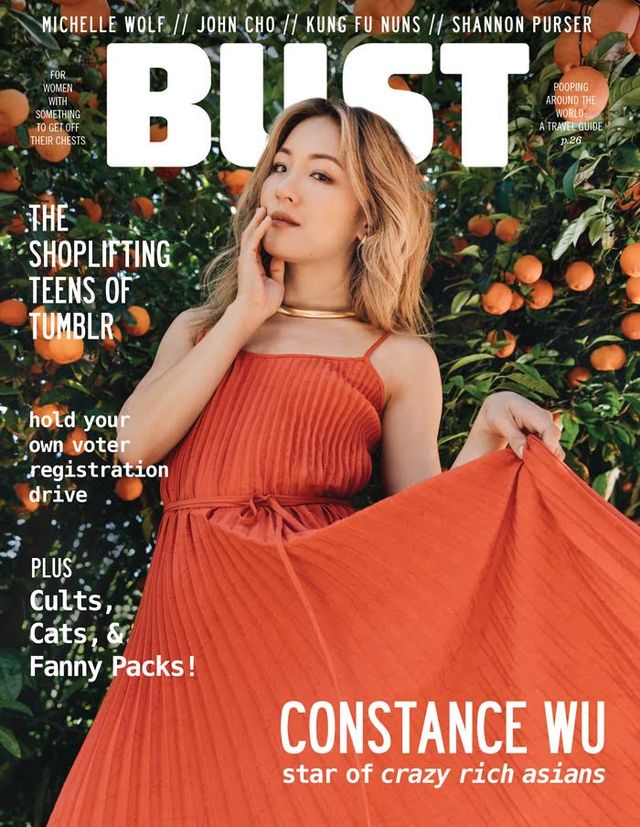 We’re excited to share that Constance Wu, star of the upcoming movie Crazy Rich Asians, is our August/September 2018 cover gal! We’ve been following Wu’s career for a while—we published a short interview with her back in 2016, when she was best known for Fresh Off The Boat. Then and now, we love how Wu speaks out about the importance of Asian-American representation in media, calls out whitewashed casting choices, and advocates for inclusion of all kinds onscreen—plus, of course, makes us laugh. In our ten-page cover story, Wu talked to writer Jennifer Chen about diversity in Hollywood, the price of outspokenness, and the love of her life—her brown bunny, Lida Rose. See a few of our favorite quotes below, and make sure you pick up the issue on newsstands beginning July 31 (or subscribe!). 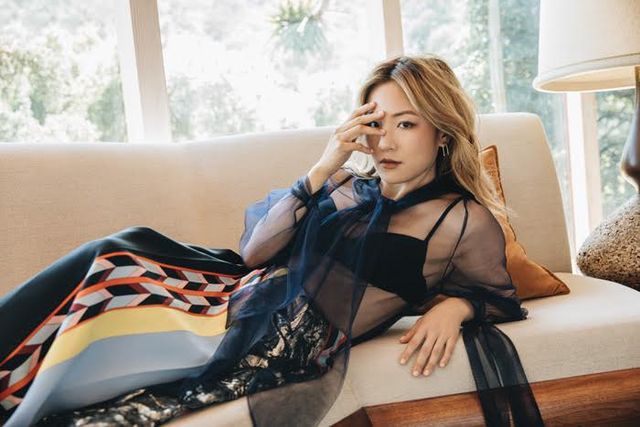 On diversity vs. representation:

“In the past 20 years on TV, Asians played roles that could be played by anyone. Some people think that’s good that you're not playing a stereotype. I think that’s just diversity as checking a box. I’m more interested in representation, which is highlighting what makes an Asian American different than a white American or a black American.”

“I’m a woman. I face backlash for even walking down the street and taking up space in this world. When a woman is anything other than an object, when she has a voice or think she is worthy of success or attention, people don’t like that. I think people have a stereotype of feminism that’s not actually the philosophy behind it. I think anyone who thinks women are human beings is basically a feminist.”

“I’m allowed to say no if a really big project is offered to me, but it doesn't align with my values. Some people will say, ‘But this is a great opportunity.’ And I’m sure it is, but it’s not for me. I’ve learned how to say no, but I need to also learn how to be comfortable after I say it. That’s a big challenge for me. Sometimes, people will say you’re a bitch if you don’t say yes. If you ask for more money, people will say you’re ungrateful. I don't even care about the money, but it’s the precedent. Saying no comes with a lot of guilt, even in issues of consent, as we’ve learned in the current topical environment.”

On her bunny and boyfriends:

“When I see a bunny, my heart melts. Lida Rose is really affectionate, litter trained, an she minds her own business. When some guys come over, they try to act like they love my bunny, but it’s fake. With my boyfriend, he was just himself when he first met my bunny, which was a while ago. He’s not really an animal person, but he’s a great person person.”

Tags: Constance Wu , Crazy Rich Asians , Fresh Off The Boat , BUST magazine , on the cover , from the magazine
Support Feminist Media!
During these troubling political times, independent feminist media is more vital than ever. If our bold, uncensored reporting on women’s issues is important to you, please consider making a donation of $5, $25, $50, or whatever you can afford, to protect and sustain BUST.com.
Thanks so much—we can’t spell BUST without U.