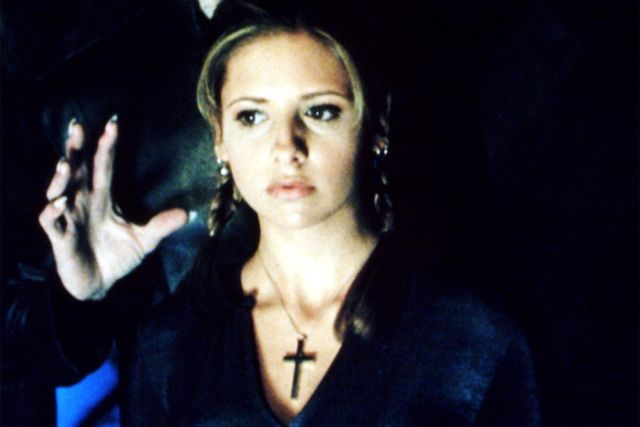 Buffy The Vampire Slayer is getting a reboot from Fox 21 TV studio, reports Deadline. Joss Whedon, the original show runner, is returning as the executive producer. Monica Owusu-Breen is on board as a writer, executive producer and show runner. Gail Berman, Fran Kazui, Kaz Kazui, and Joe Earley are also all on board to return as executive producers. The reboot will feature a Black actress as Buffy.

My gut reaction was to be thrilled that there would be more Buffy. It was such an important show to me growing up. It showcased powerful young girls, and I was even Buffy for Halloween one year (okay, it was when I was 20). I connected to Buffy and the notion that I had the power to slay the demons in my own life. But should Buffy stay in the past?

There has been backlash from women of color about the reboot. Cameron Glover writes for Refinery29 that there are so many other stories starting black heroes that could be created. She writes, “There are incredible novels, graphic novels, and other forms of original media being created by marginalized creators with stories that are just as captivating and important as Buffy. But to push them aside in favor of retelling a story that fans are already familiar with only sends the message that these stories are somehow less than.”

There are further issues with the reboot, namely that Joss Whedon is an alleged abuser. In August 2017, Kai Cole, Whedon's ex-wife, published an essay in The Wrap accusing him of using his position of power to pursue affairs with young women who worked for him. According to Cole, after their divorce, Whedon wrote to her saying, “When I was running ‘Buffy,’ I was surrounded by beautiful, needy, aggressive young women. It felt like I had a disease, like something from a Greek myth. Suddenly I am a powerful producer and the world is laid out at my feet and I can’t touch it.” She continued, “He used his relationship with me as a shield…so no one would question his relationships with other women or scrutinize his writings as anything other than feminist.”

How we feel about fake male feminists

Her article came out just before the #MeToo movement and did not get as much attention as other similar stories. If Buffy is to have the feminist reboot we dream of, they need to cancel Joss Whedon, and compile a team of women of color to work with Owusu-Breen. We need someone to slay our 2018 demons, but please don’t let white men ruin Buffy for us!

From Xena To Wonder Woman: The Physics Of Female Fighters