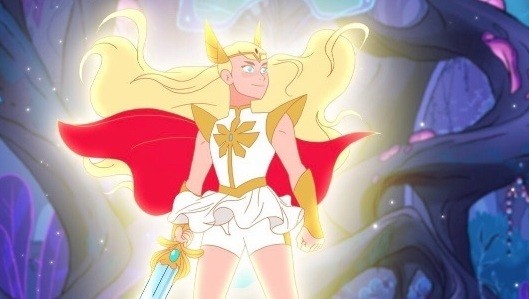 Netflix and Dreamworks are teaming up for a 2018 reboot of She-Ra, and the first images look awesome. She-Ra is a lot less sexualized than the ‘80s original—she has visible muscles and she’s wearing a SKORT, you guys. And with superstar cartoonist Noelle Stevenson at the helm, this show promises to have the empowerment and representation that young watchers deserve.

Noelle Stevenson is the 26-year-old cartoonist who brought the world Lumberjanes, a comic book series about a group of badass friends at a supernatural summer camp for “Hardcore Lady-Types,” and Nimona, a webcomic-turned-graphic novel that Stevenson created out of her desire to see a more butch heroine—someone she’d actually want to dress up as at a comic-con. Lumberjanes and Nimona have both received multiple high-profile awards, plus praise for representing people of color and showing queer relationships in stories about friendship, magical adventures, and general badassery. Now Stevenson is busting into TV as showrunner of the She-Ra reboot.

The original '80s cartoon, She-Ra: Princess of Power, was created as a companion to He-Man and the Masters of the Universe. Creators claimed they wanted to make a character and TV show that would be as popular with young girls as He-Man was with boys. Yet, they still created a super sexualized character who follows a ridiculously long tradition of cartoons (actually, scratch that, all art) being formulated for the male gaze.

Noelle Stevenson’s version already promises to break that harmful pattern, with characters of all different races and body types. Her show is called She-Ra and the Princesses of Power—PLURAL princesses, which you can bet will mean a whole host of boss characters for a new generation to look up to. 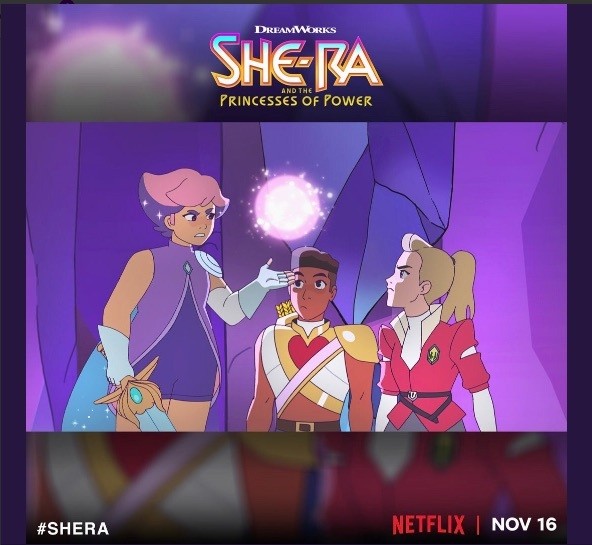 Unfortunately, the aforementioned male gaze isn’t as happy about this development as we are. Apparently She-Ra is supposed to look like the “ideal woman,” and the reboot isn’t looking “feminine” enough for fellas who don’t want to watch a TV show with a main character that they think looks like a “boyish lesbian.” One Twitter user said the new art is no less than the "destruction of beauty." This particular tweet, comparing the new art to the '80s version, has basically been turned into a meme: 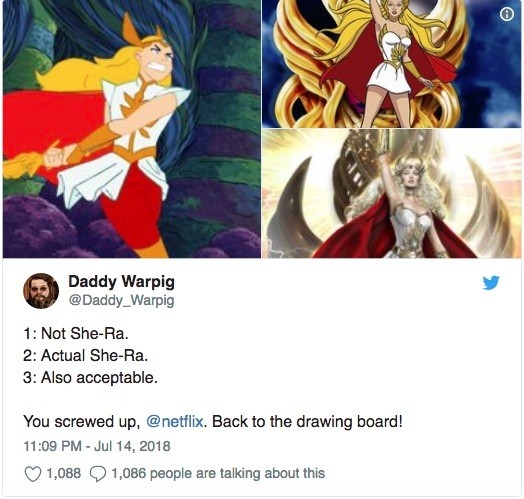 And one of the many brilliant responses: 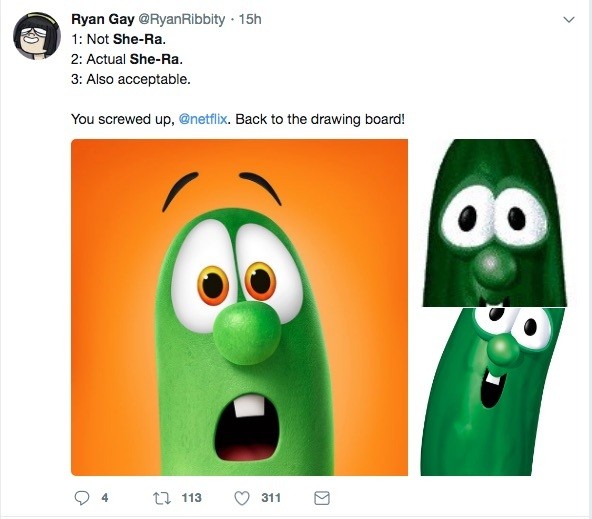 It's true, some men on the internet are upset over the new She-Ra's design. But hey, I have some great news for those guys, and it’s THIS SHOW ISN’T FOR YOU.

It’s for kids. And kids to deserve to see powerful young women of all shapes and sizes and skin tones having fun with their friends and going on adventures and saving the world. Twitter proved that point royally with an outpouring of support for the show. Already, beautiful fan art, excitement, and joy from future watchers has basically drowned the negativity of a few pissed-off guys.

Noelle Stevenson responded to the avalanche of support her art received on Twitter: 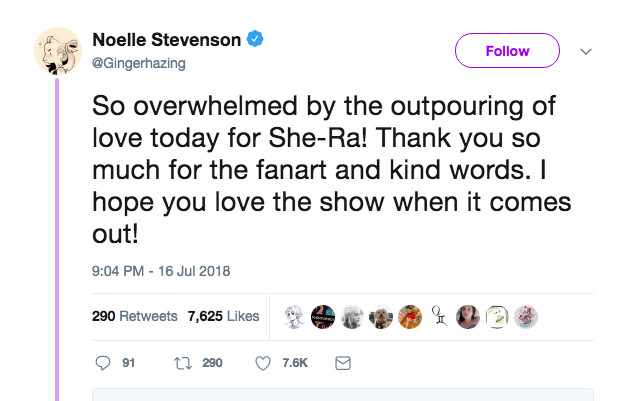 Um, thank YOU, Noelle Stevenson—we can’t wait until the kids who grew up on your show take over the world.

'Steven Universe' Is The Feminist Cartoon Everyone Should Watch

10 Feminist Meme Accounts You Need In Your Newsfeed