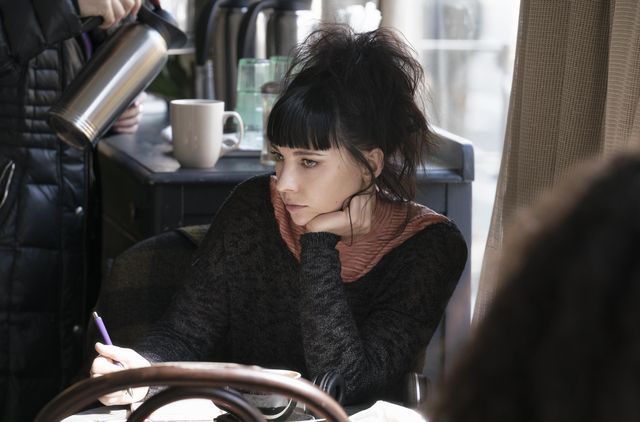 Erin Darke has been in film and TV for almost a decade, but most recently, you probably know the Flint-born actress for her brazen feminism onscreen and off. After the cancellation of Good Girls Revolt, the Amazon series based around the women working at Newsweek in the late sixties, Darke moved to The Marvelous Mrs. Maisel and, most recently, Dietland, the AMC feminist drama that premiered last month.

“I am very passionate about feminism, and to work on a show where I felt that I was actually getting to contribute to that conversation was so amazing,” says Darke about her time on Good Girls Revolt. “After [Good Girls] ended, I was hesitant to sign up for another show that didn’t make me feel the same way. And I actually saw Dietland announced in Deadline, and there was just a brief plot synopsis, and I remember thinking, that’s my next show.” 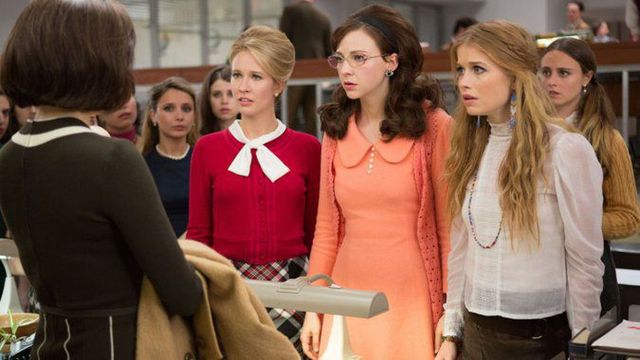 Dietland, a satirical comedy based off of the Sarai Walker novel of the same name, centers around Plum Kettle, a ghostwriter in New York struggling with self-image. Plum, played by Joy Nash, stumbles into a labyrinth of female empowerment, including a group of women who might be responsible for the violent takedown of men accused of sexual assault. Darke plays Leeta, a character she describes as Plum’s “conduit” into the Dietland universe.

“I think the book is so ripe for adaptation because it does create this world, and I ended the book just being like, no, I want to know more about that world,” Darke says. “I read the book on my flight to L.A. to test for [the role], and I found it both incredibly entertaining and unlike anything I had ever read or seen before.”

Walker’s book graced lists including Entertainment Weekly’s 10 Best Books of 2015 and Amazon’s Top 20 Debuts of 2015, but it isn’t all girl power, fun, and entertainment. Both the novel and its TV adaption tackle topics including body-shaming and sexual harassment, for instance. “I think about the fat-shaming storyline, and reading about it and then talking to Sarai, and then reading the script and talking to Joy, I gained such a new perspective on what it is, and realized I had been really blind to it for a long time,” Darke says. “Being involved in this show has really opened my eyes to that.”

Darke hopes the show will open others’ eyes, too. “I think sometimes, we take things in through entertainment in a less judgmental way than we would just talking to someone. When you watch a show, you’re just getting the perspective of the people who wrote it, and not necessarily interrupting them to talk back,” she explains. “I think we’re in a place culturally where we are finding it really hard to have conversations with people who have differing viewpoints. But we also watch the same entertainment, or at least a lot of people do, and I think sometimes entertainment can be a way to have a conversation.” 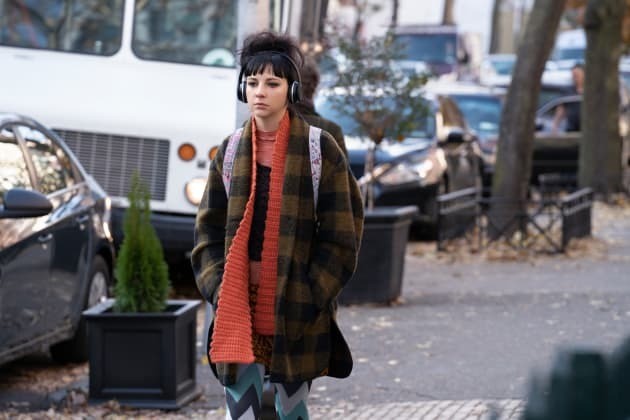 But it’s not just Darke’s characters who are participating in the conversation. One glimpse at her Twitter—which she says she started using actively around the time of Good Girls’ release—shows the actress speaking out about everything from the Trump administration’s current immigration policy to the Flint water crisis. “I’ve been lucky that all the projects I’ve worked on have corresponded with my personal beliefs. No one has ever tried to shut me up,” she jokes, “and I don’t know what would happen if they did try. I speak out very freely, and I’ve been fortunate enough to have jobs that support that.”

Maybe this is, in part, because Dietland’s creator Marti Noxon and almost all of the show’s executive producers are women. “It’s such a difference, but it’s such an intangible thing that’s hard to explain,” says Darke. “I feel like there just is a shared perspective, and especially when you’re telling women’s stories, there is an unspoken common understanding.”

Now, more than ever, the film and TV industries seem to be listening to women, but Darke is still skeptical. “I think there is some more safety now because speaking up is becoming more socially acceptable, but I also think that a lot of the people who control this industry are still middle-aged white dudes. And I’m not actually sure how supportive they are of these things, or if they just know that it’s cool to be right now,” she tells BUST. “So it still doesn’t feel safe. But it is safer.”

Sarah Jessica Parker On Her All-Female Production Company: "We're Trying To Find The Stories That Haven't Been Told"