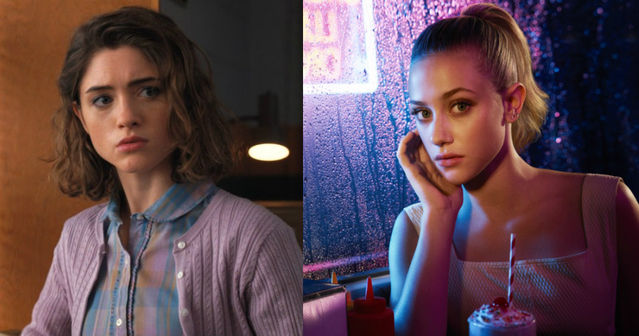 Riverdale ​and ​Stranger Things a​re two of the most popular TV series currently running, and Betty Cooper and Nancy Wheeler are two of the series’ most important characters. After following Betty’s and Nancy’s super sleuth storylines for two seasons now, I have a hunch of my own: the two are essentially the same character fighting the same fight—and together they’re rebranding the modern Final Girl.

The Final Girl, a horror trope term coined by author and academic Carol J. Clover, is marked by her perceived moral superiority and purity and by her position as the last raggedy, bloodstained girl standing. In slasher films of decades past, the Final Girl has been saved by someone else—typically a male someone else—but in recent years, she has often survived by her own wits. Betty and Nancy are distinctly similar variations on this archetype in that they maintain their moral status despite their involvement in dark dealings and their growing defiance of the perfect illusions surrounding them. 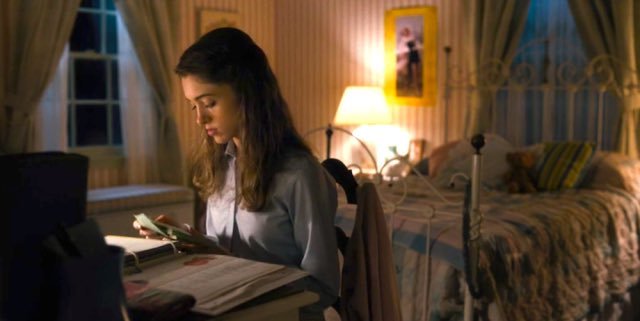 When their stories begin, both Betty and Nancy are 16-year-old perfectionist high school students studying in their pastel-hued bedrooms. Their fates seem determined: graduate as valedictorian, marry the guy in the letterman jacket, settle down in a quiet cul-de-sac, and live comfortably ever after. Zzzz. But Jason Blossom’s death and Will Byers’ disappearance shatter the immaculate illusions Riverdale and Hawkins hold. Betty and Nancy begin to question their repressed realities​,​ the people they’re supposed to love the most, and the institutions and personalities they’ve submitted to. Their desire for freedom from the facades of their shadowy corners of suburbia leads them off their paths and into dark woods in search of truth.

“​I was just starting to think you were okay. I was thinking, ‘Nancy Wheeler: she’s not just another suburban girl who thinks she’s rebelling by doing exactly what every other suburban girl does, until that phase passes and they marry some boring one-time jock who now works sales and they live out a perfectly boring little life at the end of a cul-de-sac, exactly like their parents who they thought were so depressing.’ Now, hey, I get it.​”

—Jonathan, ​Stranger Things,​ Chapter Five: “The Flea and the Acrobat”

Along with​ ​their small-town comforts, Nancy and Betty stray from their predestined Prince Charmings Steve Harrington and Archie Andrews towards the brooding Jonathan Byers and Jughead Jones. Nancy and Betty ricochet between their respective golden boy and black sheep: Betty kisses Archie in Chapter 22 on a Bughead break and, following the genesis of her close bond with Jonathan, Nancy falls back into a half-hearted relationship with Steve in the interim of Seasons One and Two. But such fluctuation is a strength of the Betty/Nancy trope; the characters are inconsistent, like any fully-realized human being in the physical plane. 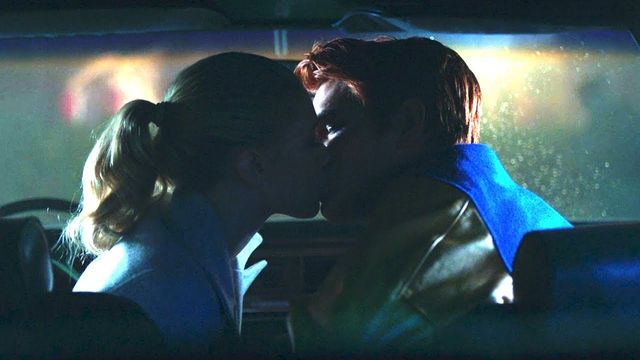 Betty and Archie kiss on "Riverdale"

In contrast with the original Final Girl trope, the two characters unapologetically explore their sexualities without getting their skulls sawed off as a result. Betty does so with a dark wig and black lace on Shadow Lake, and Nancy initiates sex with Steve and then​ ​proceeds without any hackneyed John Hughes​-style fretting. Through breakups and love triangles, neither girl wastes too much time wallowing or nail-biting; they have​ ​murderers and demogorgons to fry.

Jughead:​ ​“Riddle me this: What is our normal?”
Betty:​ ​“Our normal is.... Investigating something when the entire world tells us we shouldn’t.” ​

Neither Betty nor Nancy shies away from the blood-soaked eye of her backwater storm. Both investigate and expose suburban secrets with their partners in crime-solving: Jughead writes articles for ​The Blue and Gold​ guided by Betty’s uncovered evidence, and Nancy and Jonathan use cameras and tape recorders to capture the truths lurking behind the doors of Hawkins Lab. They flirt with danger in the name of righteousness—Nancy as she’s detained in the lab, and Betty while fraternizing with the Black Hood​. ​The teenagers often outwit the older figures around them by solving mysteries even the sheriff’s office can’t crack. 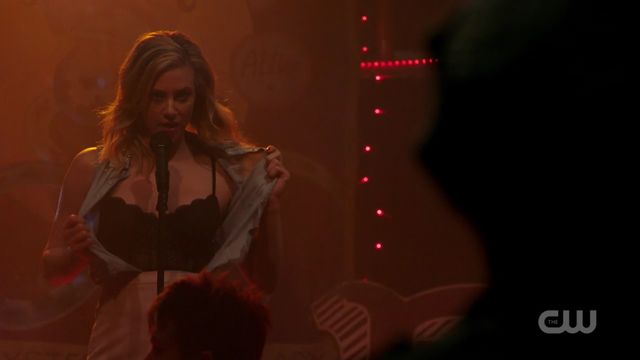 As the rose-tinted wool is pulled from their eyes, Betty and Nancy unveil their own darkness through deeds more worthy of detention than Dean’s List. Betty mercilessly threatens predatory men like Chic and Chuck, fraternizes with serial killers, gives nuns ultimatums, performs a quasi-striptease to Tears for Fears’ "Mad World" to earn the Serpents’ respect, and digs crescent moons into her hands with her fingernails. Nancy steps out of her good girl shoes to shotgun beers with Steve, which indirectly lead to the death of her best friend Barb—a misstep for which many viewers cannot forgive her. Soon thereafter, Nancy casts aside her flashcard-flashing pep rally persona to shoot guns and hunt monsters with outcast Jonathan.

“I caught the Sugar Man. I caught the Black Hood. And you know what they both have in common? They’re dead. Consider yourself warned.” ​

But neither Betty nor Nancy is definitively swept into Good Girl Gone Bad territory. The two characters demonstrate​ ​the Final Girl can be totally tough whether wearing leather or lace, and she can rip out predators’ guts without ripping out her heart of gold. They prove she doesn’t need to surrender her smarts or scruples in order to stare down​ ​darkness. They punch monsters in the face and fiercely protect the people they love​ ​with a kind of vulnerable determination that makes them feel more real and multidimensional than bygone Bettys. They challenge the concrete classifications in many high school narratives and the unconvincing cotton candy personalities of most archetypal Final Girls. 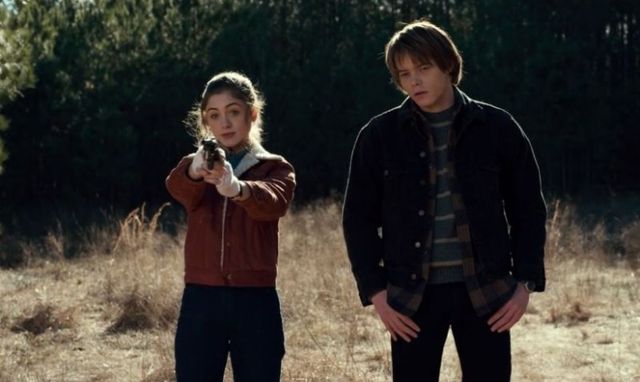 Nancy an Jonathan in "Stranger Things"
Whether their parallels be mere happenstance or the deliberate dawn of a Final Girl for a new generation, Betty and Nancy subvert the passivity and perfection expected of them by pursuing truth above idealism and justice above complacency. Perhaps feminism’s hashtag-fueled fourth wave has inspired writers to cook up more female characters who are not just passive witnesses in horror storylines. The new Final Girl actively leads the crime-cracking and Bad Guy​-busting business, and uses her brains not just for a perfect GPA, but also for solving real problems and questioning the distorted status quo.

Will Betty and Nancy be the bona fide Final Girls, the eternal victors after Riverdale and Hawkins are ravaged by monsters and murderers? All clues point to yes.​

images via Netflix (Stranger Things) and the CW (Riverdale)

"Stranger Things" And "Riverdale": The '80s Are Calling, They Want Their Actors Back—But We'll Keep Them

Tags: Stranger Things , Riverdale , Nancy , Betty , final girl , horror , horror movies
Support Feminist Media!
During these troubling political times, independent feminist media is more vital than ever. If our bold, uncensored reporting on women’s issues is important to you, please consider making a donation of $5, $25, $50, or whatever you can afford, to protect and sustain BUST.com.
Thanks so much—we can’t spell BUST without U.