Viola Davis Takes On The Judicial System With "The Last Defense" 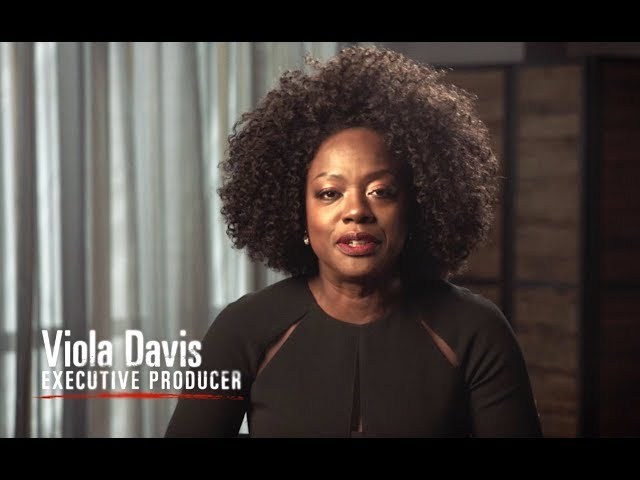 As How To Get Away With Murder’s Annalise Keating, we’ve seen Viola Davis do a lot of things to get herself out of trouble. But on The Last Defense, she’s using her power to get someone else out of it.

Darlie Routier is one of only six women on death row in Texas, convicted of a horrible crime: the brutal murder of her five-year-old son, Damon, in June 1996. Her six-year-old son, Devon, was also killed, but Darlie wasn’t tried for it—prosecutors wanted to leave the option of a second indictment open, in case the first conviction wasn’t what they hoped.

Darlie was just 26 when the attack happened, and she maintains that an intruder broke in, committed the crime, and gave her a brutal wound in the process. But prosecutors maintain that the crime scene was staged, and that Darlie’s behavior pointed to her guilt. Many labelled her as an evil, heartless mother. It was, after all, 11 months after Susan Smith confessed to drowning her sons after sending police on a wild goose chase.

But there was a lot of controversy surrounding her case and, obviously, Darlie has yet to be executed. Her story has been the subject of both Forensic Files and Death Row Stories episodes, but murky evidence remains, including an unidentified fingerprint on a window sill and a bloody one on a coffee table near the crime scene. There was also a bloody sock a few doors down, proven to belong to the Routier household. The defense argued, unsuccessfully, that the questionable evidence didn’t point to Darlie’s guilt, and many still maintain her innocence.

Now, years later, Viola Davis and her husband, Julius Tennon, have partnered with Vanessa Potkin and Aida Leisenring to produce ABC's The Last Defense to bring new light to Darlie’s case. Potkin is an Innocence Project lawyer who is responsible for over 25 exonerations, and Leisenring, a partner at Barket Epstein & Kearon and a criminal defense lawyer in New York, is a rising star in the legal world. Together, the mostly female team focuses on Darlie’s case, the people in her corner, and her time in prison. They present new evidence and questionable proof that just may change Darlie’s fate.

The show will continue by interviewing the imprisoned Darlie and uncovering new evidence. Then, the producers give the same treatment to other controversial cases across the country.

The Last Defense, in a way, continues the trend of using television and the entertainment industry to organize social change. We’ve all heard of, or seen, Making A Murderer, TIME: The Kalief Browder Story, and countless retellings of true crimes. We, as a society, love them, and become engulfed in their stories. But this is new, fresh, and exactly what we need: the small screen hasn’t yet seen a group of women take on the judicial system to help another woman. And, if it means justice for Darlie Routier, there’s no stopping this girl gang.

The next episode of The Last Defense airs on ABC on June 19 at 10pm.

Erica Commisso is a Toronto-born New Yorker with passions for fashion, music, literature, criminal justice, and hockey. She is currently pursuing her masters degree in journalism at NYU. Visit her website at ericacommissonyc.wordpress.com, and follow her on Twitter and Instagram @erica_comm.