Dolly Parton Is Coming To Netflix And We Cannot Wait 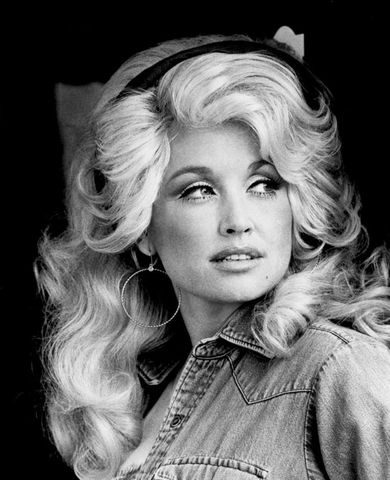 Dolly Parton is coming to Netlfix, and we couldn't be more pumped. On Monday, Deadline reported that Netflix has greenlighted an anthology series about country music icon Dolly Parton. According to Parton’s website, each of the eight episodes will be centered around one of her famous songs and are set to premiere on the platform in 2019. Deadline also detailed that Parton will make an appearance in various episodes of the series, as well as being its executive producer.

Parton’s own production company, Dixie Pixie Productions, will be creating the series in conjunction with Warner Bros. Television. This is not the first time the two moguls have worked together, as they collaborated to film the NBC-TV flicks Dolly Parton’s Coat of Many Colors in 2015 and Dolly Parton’s Christmas of Many Colors: Circle of Love in 2016.

Parton took to Twitter to express her excitement for the series. She said, “As a songwriter, I have always enjoyed telling stories through my music…We hope our show will inspire and entertain families and folks of all generations.”

The icon has had a long history of inspiring her many fans. From being one of the first women to enter the male-dominated world of writing music in Nashville, to creating the 1968 anthem that calls out slut-shaming “Just Because I’m a Woman,” Dolly Parton has built a celebrated career as an example of a powerful woman who strongly identifies with her femininity. In a 2014 interview with BUST, the singer said, “I think people should be allowed to be themselves and to show the gifts they have, and be able to be acknowledged for that and paid accordingly.”

One can only assume that Parton’s wit and charisma will transpire from her music to the screen beautifully, inspiring a whole new group of Dolly fans. We look forward to hopefully seeing an episode dedicated to classic hits such as “Jolene” or "9 to 5”!

Tags: Dolly Parton , Netflix , Country Music , TV
Support Feminist Media!
During these troubling political times, independent feminist media is more vital than ever. If our bold, uncensored reporting on women’s issues is important to you, please consider making a donation of $5, $25, $50, or whatever you can afford, to protect and sustain BUST.com.
Thanks so much—we can’t spell BUST without U.