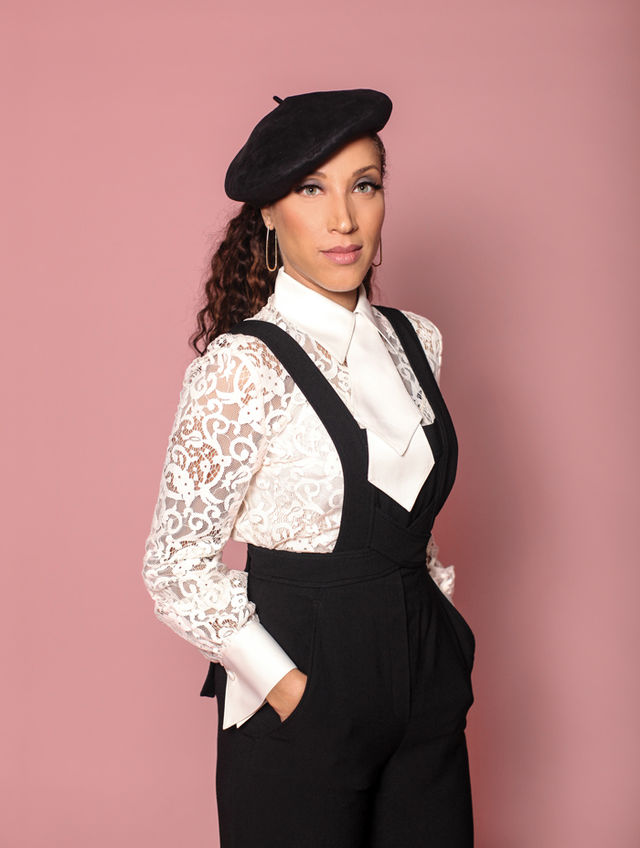 Four years ago, Robin Thede auditioned for Saturday Night Live, but didn’t get the job. Three months later, when cast member Kenan Thompson was asked why a black woman hadn’t been hired for the show in six years, he declared that all those who’d tried out were “never ready.” Clearly others did not agree, however, because in 2015, Thede became the first African-American woman to become head writer on a late-night talk show—The Nightly Show with Larry Wilmore. And now, she’s starring on her own weekly late-night show, The Rundown, on BET. Guess who got the last laugh?

The show’s emergence could not have arrived at a more perfect time. At 38, Thede’s the only black female host in late night, though she’s one of four women now making waves in the field, alongside Chelsea Handler, Samantha Bee, and Sarah Silverman. “I get to really talk like how people type to each other on black Twitter,” says the Iowa native of her singular status on TV. “Literally, if me and my girls are talking about something, I can go on and say that thing. And I don’t have to change any of the words or the references. We expect [white viewers] to keep up. We’re not going to teach them.”

The Rundown is exactly what it sounds like, because the show is a hilarious back-to-back recapping of the week’s events, curated by Thede and her team. “I do not let one sentence go by without a joke. There are jokes in everything,” she says of the format. “We only have a certain amount of time. It’s called The Rundown. I gotta run down the week in politics and pop culture. And if you miss one, then there’s another right behind it. It’s like a freight train. There are 52 cars, you might only see 30 of them, but they’re all there.” 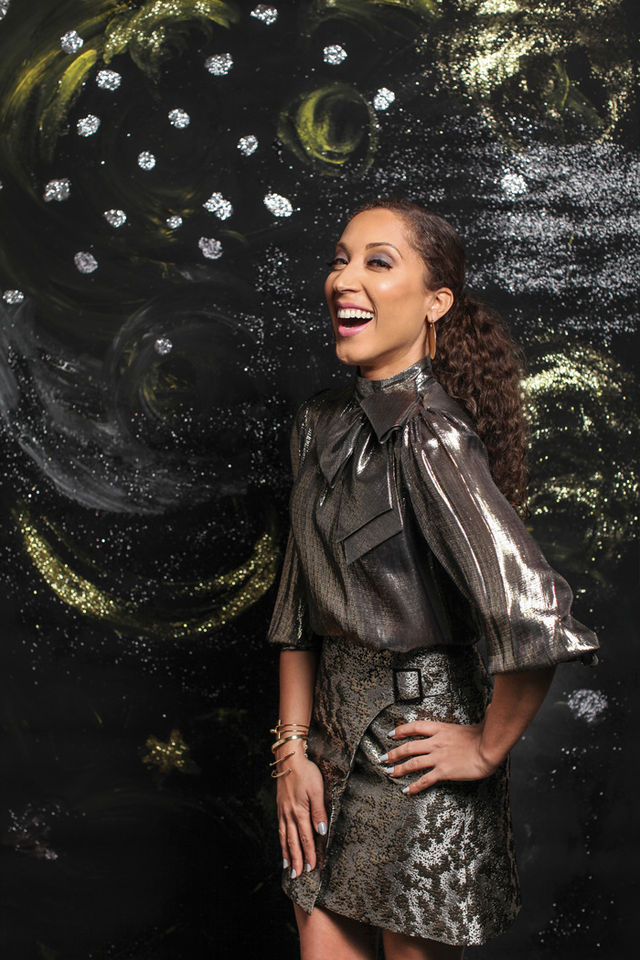 For Thede, it’s a big change trying to cram a week’s worth of news into 30 minutes, compared to The Nightly Show which aired, well, nightly. But either way, there is never any shortage of material. “Fortunately and unfortunately, people won’t leave black people alone,” she says. “But black people, women, and young people are also in such a magical time of resistance, creativity, growth, music, and culture.”

Though she makes it all look effortless, you better believe those jokes do not write themselves. “We rewrite constantly,” she says. “But some news pieces are a gift from the comedy gods.” This may sound like a jab at our president, but in fact, Thede doesn’t do many Trump-related stories, since her viewers “didn’t vote for him anyway.” “We have to go in and see what ridiculous things people are saying when they’re trying to fill the 24-hour-news cycle,” she says of her writing process. “Even when there is trauma, I can find something funny in the ridiculousness of how someone covered it on the news or someone’s ridiculous beliefs about it.”

Thede does, however, have a line when it comes to joke writing. She stays far from what she calls “frat boy humor,” aka lazy, offensive comedy masquerading as parody. “I don’t punch down,” she says. “I don’t make fun of situations or people where it will re-traumatize the victim. So I’m killing a lot of jokes right now with all the sexual harassment stuff that’s going on, because the jokes end up being at the expense of the women. I only make fun of people who deserve it. And when I do, there is no line. I go in. I have no filter. I don’t care. Why should I have any sympathy for them?”–

Photographed by Glynis S. A. Carpenter

Tags: Robin Thede , BET , the Rundown , the Nightly Show , Larry Wilmore , interview , from the magazine
Support Feminist Media!
During these troubling political times, independent feminist media is more vital than ever. If our bold, uncensored reporting on women’s issues is important to you, please consider making a donation of $5, $25, $50, or whatever you can afford, to protect and sustain BUST.com.
Thanks so much—we can’t spell BUST without U.