Krysten Ritter On Playing Jessica Jones, "Who Doesn't Give A Shit About How She Looks" 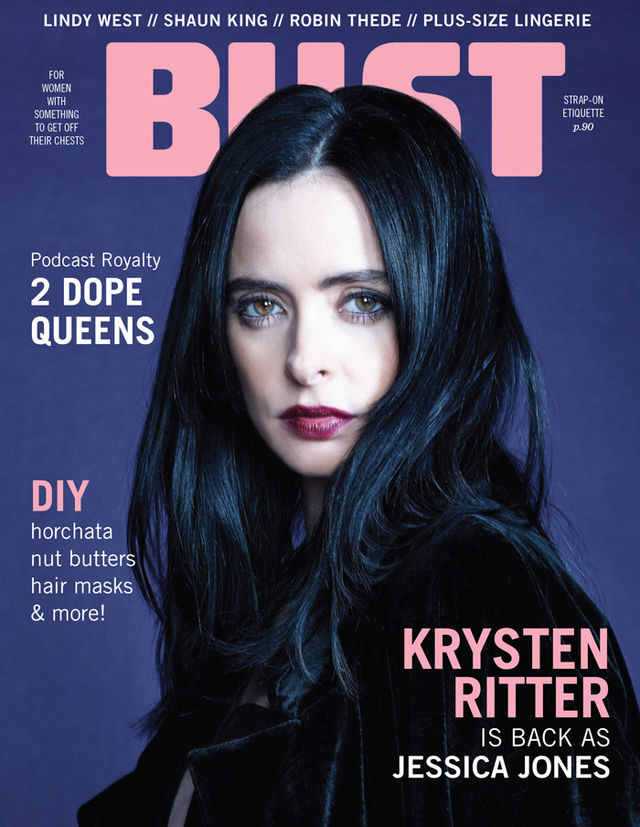 We’re excited to announce our February/March 2018 cover gal — Krysten Ritter, who returns to Netflix as Jessica Jones this March. This cover is extra special because Ritter is one of the few celebrities who’s appeared on the cover of BUST twice — the first time was back in 2012, when she was starring in Don’t Trust The B In Apartment 23. In this interview, she shares why she loves playing “dark, dangerous” characters, gets real about money, and more. 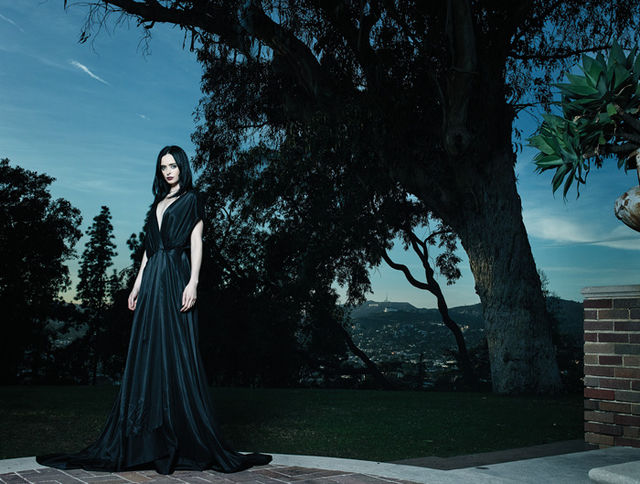 On women’s reaction to her portrayal of Jessica Jones as an abuse survivor:

“I was getting approached by women a lot, sometimes in tears, about how they felt represented, how it helped them deal with their own traumas in their lives. It was very, very personal to these women to see a character like this represented—how strong she was. I think that hit me in such a profound way, that Jessica Jones was so much more than a great acting part. I was like, ‘Oh my God, this is the first character like this we’ve seen, especially in the form of a superhero, especially in the form of a leading lady, who looks like this, who acts like this, who doesn’t really give a shit about how she looks.'”

On getting started in Hollywood without connections or a financial safety net:

“When I was just starting out, I didn’t come from a family in this business. I didn’t have any connections. The only thing I had was a strong work ethic and determination. I remember when I was young and starting out, I felt like I had to really start at the beginning, where maybe other people already had access or were so much further along. But then as things go on, you’re like, ‘Oh, well this feels even better because I earned it myself.’”

On why she still doesn’t have a business manager:

“No one is gonna care more about what I have going on than me. I figure, business managers have a million clients. I just have one client. So I have a very keen attention to detail. I’m a creative person who also has a pretty good business mind, thank God. There are people who are way more talented, but I have a business savvy and a level of obsession that allows me to find these things that I love so much and make them my job.”

On why she’s drawn to “dark, dangerous” parts:

“I love to act because I like to express things specifically as I see them. And that’s given me parts that are not so cookie cutter. All of them are dark, a little dangerous. That’s what I like to see as a viewer and that’s what I’m into and what I’m about. So it’s no surprise that I ended up on a show like Jessica Jones. It’s all the stuff I love and that speaks to me.”

Greta Gerwig On Directing Her Oscar Nominated Movie "Lady Bird" And Why She Doesn't Write Stories That Revolve Around Men: BUST Interview