Ava DuVernay On Why She Only Hires Female Directors 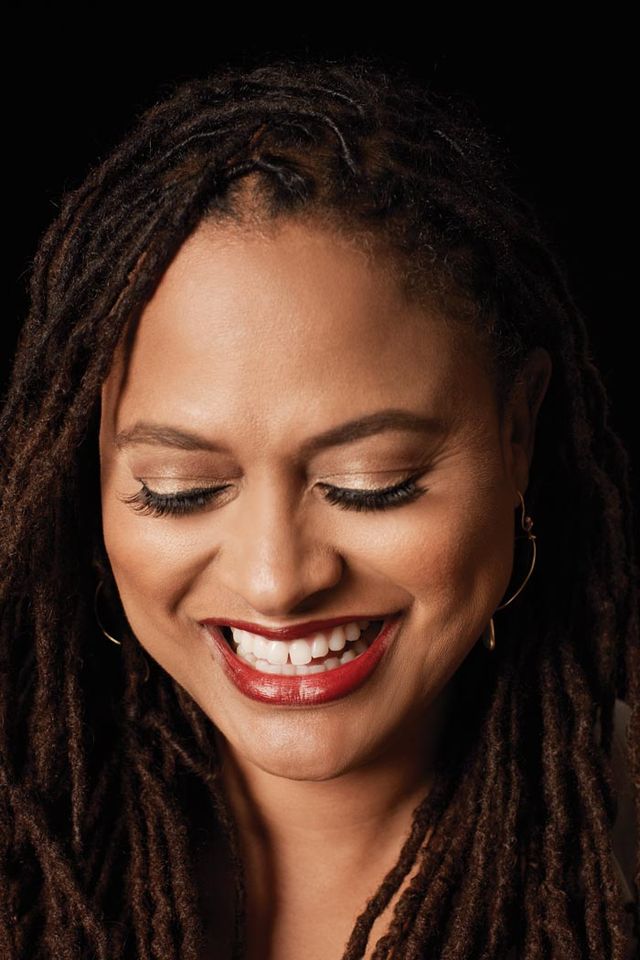 With Queen Sugar, director and producer Ava DuVernay is leveling the playing field for women in television. Here, the outspoken filmmaker talks about why that's crucial, and what Hollywood can look lke with women behind the camera.

In the white man’s world of Hollywood, Ava DuVernay is no stranger to boundary busting. The 45-year-old former PR rep has been bravely blazing her own trail since releasing her first documentary, This is the Life, about L.A.’s alternative hip-hop scene, in 2008. She’s the first black woman to direct a film nominated for a Best Picture Oscar (2014’s Selma), and 13th, her film about the intersection of race and mass incarceration, got an Oscar nod in 2017’s Best Documentary category. She’s also the first woman of color to direct a movie with a $100 million budget (Disney’s upcoming A Wrinkle in Time). Many of her projects spotlight women-centric stories. But her TV series Queen Sugar might be her most feminist enterprise yet. The drama, produced by DuVernay and Oprah Winfrey, has been airing on Winfrey’s OWN network since 2016 and follows the struggles of two sisters and a brother as they try to run an inherited sugarcane farm as people of color in the rural South. In addition to creating inclusivity in front of the camera, hiring all female directors for the show (now streaming on Hulu) was a priority for DuVernay, which, frankly, is a radical act. At a recent Queen Sugar press event in Los Angeles, DuVernay dropped some fiery and pointed gems about the entertainment industry, while vocally championing the changes creative women bring.

You retweeted Jessica Chastain’s comments at the Cannes Film Festival about the lack of women telling women’s stories. Queen Sugar represents the very thing she suggested was lacking. What’s your take on that?

I was proud of her for speaking out in an international space where it was obviously an intimidating environment. I was even prouder of the fact that [Queen Sugar] stands as one of the very rare examples of the opposite of what she was talking about. Jessica talked about there being a marginalization of women’s lives told without exploitation, just the regular everyday beauty of our lives through the perspective of a woman filmmaker. And I retweeted her to champion that. But also I wanted to say, “Look over here at how wonderful it could be.” [Queen Sugar’s] second season is another season of all women directors. I’m proud of Jessica Jones’ showrunner Melissa [Rosenberg] following suit and some other shows starting to really step into the gap and say, We will have balance. I’m happy that Ryan Murphy is trying to lead the charge in terms of equity and creating a balance of men and women. I’ve tried to over-index and go the other direction. I always say, “If Game of Thrones can have three seasons of all male directors, why can’t we have three seasons of all women directors?” [A show’s creators] only say, “We will not have women’s voices here, we will only center the man’s perspective,” because they can and they want to. And so, on the other side of things, we’re going to center women because we can and we want to.

What do you look for when picking female directors?

I started out looking for women who had directed at least one film. Can you believe that these women had directed films that had played at film festivals around the world—many had won—yet they couldn’t get hired in Hollywood for one episode of television? In the TV-director world, pilots are the biggest things you could do. That’s why it’s so crucial that women get in. When you direct a pilot, you decide the world. You’re casting, you’re saying, “He’s going to wear this. The door of the house is going to look like this.” You make all the decisions. The thing I love about it is, when you direct a pilot, if season 7 of that show is re-airing in China 10 years from now, you get a check, even if you didn’t direct the series. That’s why it’s so crucial that women start to get into this space. So a number of those women [from Season One of Queen Sugar] are directing pilots now; they’re doing great things.

When it comes to equality in Hollywood, how would you define success?

Equity means half of the projects being directed by women, and casts that reflect the real world—not just black people and white people, but brown people and Native people, Muslim people and people of all ages and sizes and body types. I try to do the same thing in Queen Sugar that I do in my films, to make our stories reflect the real world where folks feel like they can see themselves or people they know. I watched Wonder Woman, and I cried when Patty Jenkins’ name came up. Here’s just a few of the things she did: [Chris Pine’s character’s] squad had a Native American man; as they’re walking through the train station to go to battle, I saw Sikh soldiers dressed in British regalia; when you look at the history and the myth, the Amazons accurately reflected that there were women soldiers, warriors who would come from all across what the world was at that point. That attention to detail was packed into a big, huge superhero thing. Even in the scene on the boat where [Chris Pine’s character] says, “I can’t sleep next to you,” and [Wonder Woman’s] like, “It’s up to you.” When you unpack issues of sexuality and gender politics, there’s a way to do that with real intention. [Jenkins came from] a place of equity that colored the whole thing. If you weren’t looking for it, you wouldn’t have even felt it. But if you were looking for it, you saw something. You saw yourself, and that was a beautiful example of what Hollywood can be. That’s what happens when you let women behind the camera.

The Ava DuVernay Barbie Is Back By Popular Demand