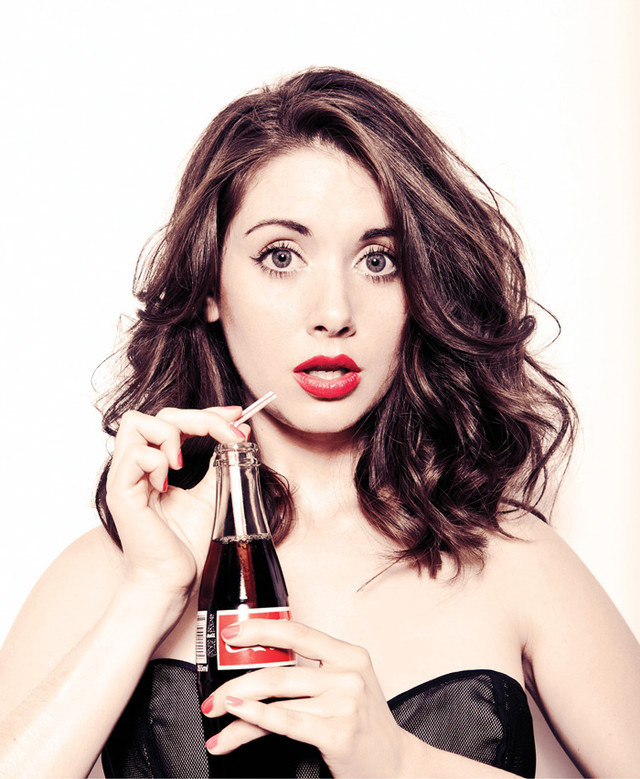 This week, we can't get enough of the new Netflix show GLOW, starring Alison Brie as a struggling actress who gets her big break when she's cast as one of the Gorgeous Ladies Of Wrestling. Watching Brie give her all on the mat inspired us to revisit this story we did with her for our Dec/Jan 2012 issue, back when she was still lighting up the small screen on Mad Men and Community. Enjoy this Flashback Friday reprint of our chat. Then prepare to Netflix 'n' chill.

from Mad Men to Community, Alison Brie lights up the most beloved shows on TV

Alison Brie does not ride horses. She didn’t spend summers in the Hamptons or have a live-in nanny. But spend some time watching her on TV, and you’d think she owned a pony at some point. “I can track that back to my first acting classes in college,” the 28-year-old actress admits. “We played this game about people’s first impressions of you, and that was the first thing somebody said: ‘She rides horses.’ Then I was doing this indie movie recently and they said, ‘We’re going to make horseback riding part of your character.’ It’s fabulous for a girl who grew up in the suburbs of Pasadena and Highland Park, California, in a duplex. I don’t know why people look at me and think I was raised wealthy, but I’m just going with it.” Brie is best known for her roles on NBC’s brilliant sitcom Community—as the prim, Ivy League–aspirational Annie Edison—and the stupendous Mad Men, in which she plays Trudy Campbell, the pampered rich girl married to Pete, the smarmiest employee at Sterling Cooper Draper Pryce. But there’s nothing snooty about the real-life Brie, a former drama geek who chatted me up about girdles, growing up, and the importance of hardcore hip-hop.

Brie made her stage debut at six, playing Toto in a community theater production of The Wizard of Oz (“My mom sewed my costume with kneepads and everything”), and was a theater nerd throughout college before making the leap to TV in 2006 on an episode of Hannah Montana. Talking about the unnerving process of auditioning, Brie says, “I usually listen to music to focus or just distract myself a bit. I prefer hardcore rap, because it makes me feel like a badass. Like, who doesn’t give a shit more than fucking gangsters? Pardon my French. So I just get in full gangster mode, like, ‘Yeah, I’m gonna big pimp it in here.’ I sound so nerdy saying that.”

Now, as a regular Mad Men character, Brie endures what she calls a “physical challenge” to get suited up for her role. “The shape of women’s bodies was just different in the ’60s, so we wear all the undergarments that they wore,” she says. “All the tight girdles, pointed bras, stockings, and heels of the period. Your hair is hard as a rock, with 1,000 pins in it. But it’s a beautiful challenge, because it so informs how the characters walk and sit. You almost couldn’t do a legit period show without that, because that was a reality that women were dealing with on a daily basis.”

Brie’s more pressing challenge is filming two shows at once. “I’ve actually shot both Community and Mad Men in one day,” she says. “I’ll start over on Mad Men at 5 a.m., shoot until 1 p.m., then pop over to Community and finish the night there from 2 p.m. until midnight.” Despite this hectic routine, it doesn’t seem like Brie, who’s also starring in the upcoming films Save the Date and Five-Year Engagement,is burnt out. Maybe it’s because she shares some important personality traits with her most famous roles. “There’s a hard through-line that you could draw between Annie and Trudy—they’re very single-minded and driven and ambitious. So I can connect that to myself, but really solely having to do with my career,” she says. “If the rest of my life were as together, that would be a miracle.” 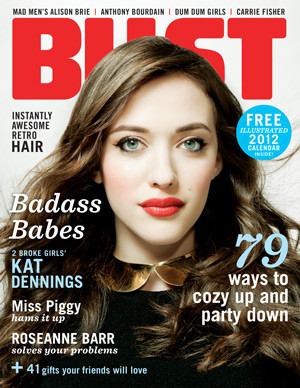 This story was originally published in BUST Magazine, Dec/Jan 2012.
To purchase this back issue, click here.
Want more of this kind of awesome pop culture coverage delivered right to your door? Subscribe to BUST!

Movie Review: Save The Date

Get Your GLOW On With These '80s Women's Wrestling-Inspired Accessories