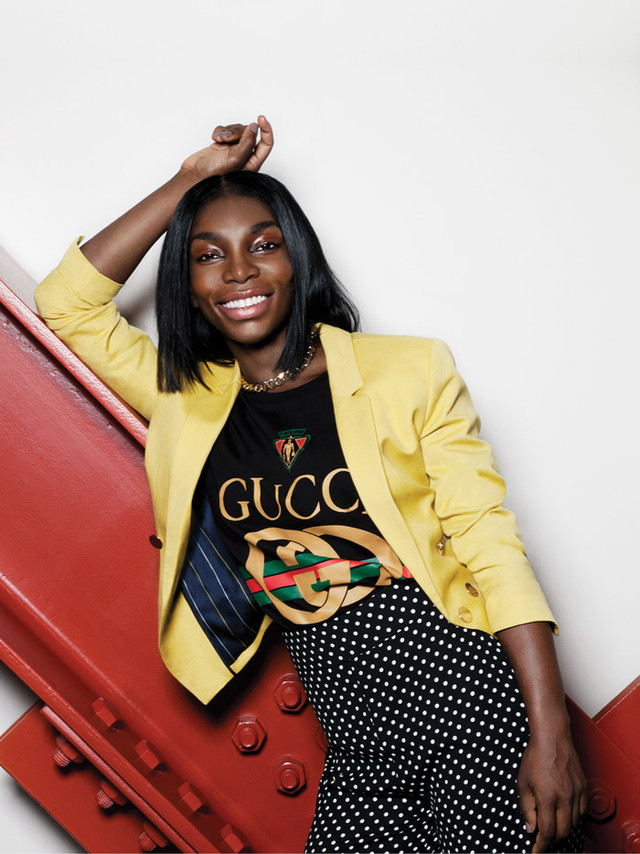 Watching Michaela Coel's outrageous Netflix comedy, Chewing Gum, it's hard to believe the 29-year-old Brit didn't set out to be a comedic actress. With her masterful use of physical comedy and ability to contort her gorgeous face into all kinds of shapes, you'd swear she worshiped at the altar of Gilda Radner. "I don't have a ton of comedic influences because I didn't plan on doing comedy," says Coel, whose journey to TV stardom began eight years ago when, while performing her original poetry, she was advised to pursue a career in acting. "But I love Cedric the Entertainer. I do know that. I adore him!"

Coel's big break came when her semi-autobiographical one-woman stage show, Chewing Gum Dreams - about a young woman struggling with her burgeoning sexuality after a very religious upbringing - was picked up as a TV series by the U.K.'s E4 channel in 2014. Chewing Gum, created by, written by, and starring Coel, first aired in the U.K. in 2015 and Coel later guest-starred on Black Mirror and won a prestigious BAFTA award before Netflix debuted Chewing Gum in 2016, earning her a legion of new fans in the U.S.

Those who fell in love with Coel's awkward Chewing Gum alter ego Tracey, her repressed sister Cynthia, her gay "boyfriend" Ronald, and all the other wild characters from Chewing Gum's London housing estate, were happy to see that everyone - no really, everyone - returned for Season Two in April. "I made friends with everyone and I wanted to find a way to bring them back and get them paid again," says Coel. "So I found a way to write in every single person. I even brought back some of the extras!"

But not everything is the same. "As the series progresses, it gets a little darker. People will both laugh and cry," Coel cautions. "I've come closer to finding my natural rhythm as a writer. There are so many parts of Season Two that are so clearly my voice."

Coel hints at that darkness when discussing the kinship she feels to one of her biggest creative inspirations, legendary jazz artist Nina Simone, to whom she bears a striking resemblance. "We have similarities I can't even really discuss. It's almost eerie," she says. "She was born in a time when it was really hard to be Nina Simone - to be an honest artist. I live in a time where it's actually quite easy for me to do that. I want to be healthy and stable and creatively honest because artists like her have allowed me to do that. I constantly think of her. I always talk to her and say 'I'm going to do this out of service to you.'"

Coel's already shown that she'll use her voice to speak up about issues she believes in, just as Simone did. Despite insisting the demands of writing her show leave time for nothing else ("this is the most action I've had in months," she jokes to the stylist dressing her for this shoot), Coel managed to make time to write a powerful essay for The Guardian about Adele, Beyoncé, and intersectionality, in which she applauded Adele's salute to Beyoncé following 25's Best Album Grammy win over Lemonade.

"Intersectionality is something that's always on my mind," she says when I ask her about the essay. "In order to be calling ourselves feminists, we have to embrace the differences between us. There are loads of women who, because of race, disability, or other factors, are seen even less. By not talking about it, we help make them invisible. If we're going to be a family, and we're going to be sisters together, we can't do that." 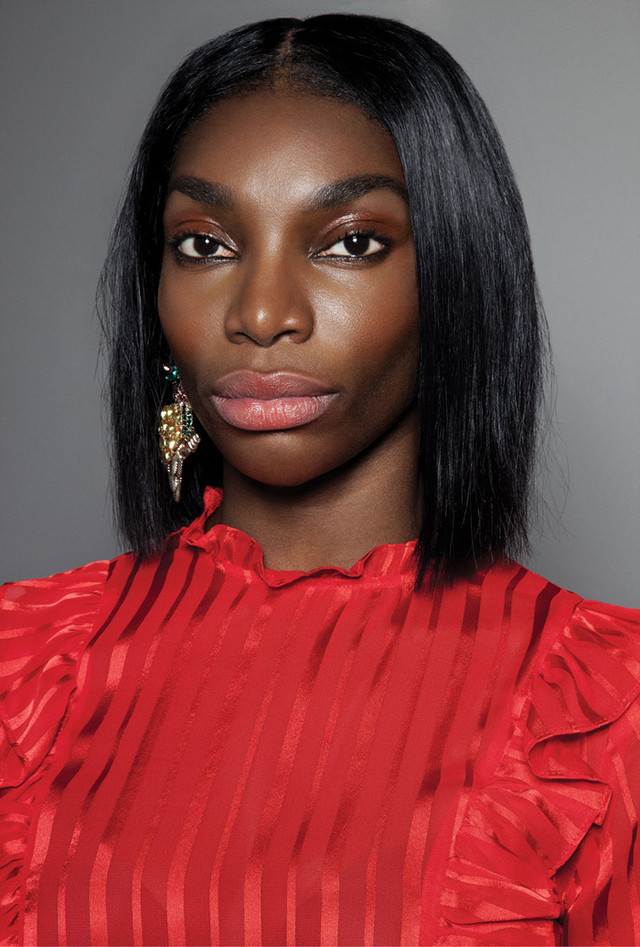