Uzo Aduba — 'I Don't Know How Someone Can't Be A Feminist': BUST Interview 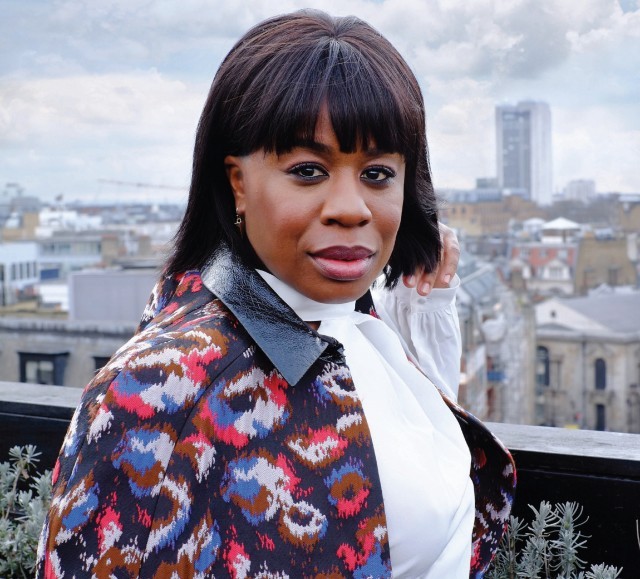 Uzo Aduba has come a long way since her middle school music teacher convinced her to sing “I Will Always Love You” in the sixth grade talent show. “I was shaking I was so nervous!” the 35-year-old Orange Is the New Black star says. “I sang it and the auditorium all stood up and they were clapping and I just remember saying to myself, ‘I think I can sing?!’” Now the New Yorker—by way of Massachusetts, where her parents first lived after emigrating from Nigeria—is calling me from backstage at a London theater where she’s getting back to her roots by preparing to perform in The Maids, a biting play about class. (The Guardian hailed her performance as a “tour de force.”) After graduating from Boston University, Aduba, whose warm and purposeful cadence lends an inspirational feel to everything she says, moved to New York and worked on Broadway and off, trying to make a living as an actor. After a number of challenging years, she had just decided to give it up when she got the call that she’d been cast as Suzanne (aka “Crazy Eyes”) in Orange Is the New Black. The character is complex, eccentric, and unpredictable—by turns off-the-wall nutty, and heartbreakingly tender. Aduba portrays Suzanne with a remarkable depth and vulnerability, and it’s little wonder that she’s won two Emmys for the role. Over the past three seasons, we’ve seen Aduba’s character become increasingly central to the storyline, evolving from Piper’s overzealous suitor to a sci-fi erotica-writing superstar. Season four premieres on Netflix June 17. In the meantime, with a couple of hours to go before curtain, Aduba fills me in about her family, her feminism, and the “teachable moments” of Hollywood’s diversity problem.

You’ve mentioned in interviews that you’ll never forget 5:43 p.m. on September 14, 2012, when you got the call that landed you the role of Suzanne. How different is your life before that time and after it?
Whoa man, how much time do you have? [laughs] My apartment has changed. Going to a coffee shop is a little bit different because the person behind the counter maybe watches my show. The work that I’ve been able to do since then has been moving into the career I’ve always dreamed of as far as being able to navigate various mediums, different stories, and characters that I’m excited by—that’s been the greatest change.

I’ve only been to Massachusetts a couple of times, but even as a Californian I felt a little out of place. How did it feel growing up in Medfield in a Nigerian family?
Well, as a Nigerian family in a very traditional New England town, we had our challenges. My family moved there in the ’80s. And when my older brother and sister and parents and aunts and uncles were growing up they really took a lot of the kicks—my passage was paid for, to borrow from Maya Angelou. And still, I did notice some pretty intense differences, from what was thought to be aesthetically beautiful, to my name—those sorts of micro-aggressions that can challenge five-year-olds! It was hard, but my family was really, really determined to let my siblings and I know that we were valued, that we were worth just as much as anybody else. As a kid, you just want to fit in. But as I got older, I started realizing, “Oh, actually, standing out is kind of cool!”

Orange Is the New Black has been pretty groundbreaking in terms of diversity on television, telling marginalized women’s stories, and raising the visibility of trans women and gender fluidity. Does it feel inherently feminist to you?
Absolutely. I think it marches forward in this way that really empowers women. It helps to round out the shape of what womanhood can be. All the inmates own themselves, even though they are in this peculiar situation where they have been stripped of so much. You watch them build themselves back up within the confines of this world. I love the show for that. Also, if we flip the lens around to the creative side, I think it’s intensely reflective of what feminist ideas can look like. A great portion of our show is created by women, and that’s very telling in terms of how the women that we see on screen are portrayed.

So much of your work is about telling powerful stories about women. Do you seek those out?
They certainly are the stories I’m drawn to, and that was even prior to Orange. I want to tell the stories of “the missing.” Those stories that I’m not seeing yet, that seem to be absent from our storytelling. I like to give those stories as much voice as I can.

Do you consider yourself a feminist?
Absolutely! I mean, I don’t know—especially now that you can’t turn a corner, or open a paper without seeing that word somewhere—how someone can’t be a feminist. All that [feminism] is trying to do is [make sure] people are being treated equally and not discriminated against because of their gender. I love that a lot of young women are taking it up and carrying the banner that was left for us. I love this neo-feminist idea—defining yourself as whoever, whatever you want to be today, and it can change tomorrow, and it can change the day after that. It is your definition and it’s fine to be strong, it’s fine to stand tall, it’s fine to speak up for yourself, it’s fine to not stand in the back, it’s fine to challenge whatever status quo is laid out for you without fear of consequence even though that’s what’s been dictated to us in the past. I love it. To me, it’s standing up for yourself and not being afraid to speak up. I think it’s powerful. 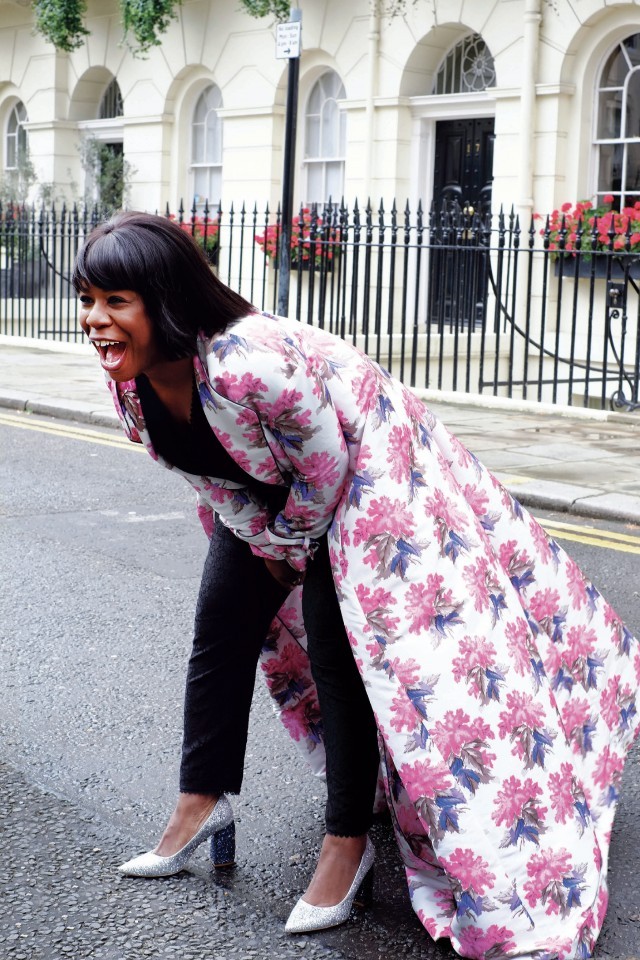 There’s been a lot of talk lately about diversity—or the lack of it—in Hollywood, and it reached a fever pitch with #OscarsSoWhite. Do you think that conversation is loud enough to actually change things?
I think it’s loud enough for there to be some Band-Aid, some immediate remedy. But here’s the truth of the matter: change only happens if we make it so. That’s true with this neo-feminist movement—if we as women were to just quiet down, I think that we, too, would just as quickly be silenced. I live in a space of hope that people will take action for diversity. Whether it’s producing their own work, writing their own work, investing in their own work, or that people outside of those who are currently included will start producing that work. Only time will show us how well people heard the movement. But the Oscars, that’s, like, the last conversation that needs to be happening. The conversation starts long before, with, “How do we start looking at scripts in a different light? How do we start thinking about what we want to produce in a new way so that we don’t get here again?” You can’t nominate a movie if it’s not made. The Oscars are more a symptom than they are the problem.

Have you noticed any sort of shift in your career as this conversation’s gained momentum?
I was not working as a television or film actor prior to Orange so it’s hard for me to say. What I do know is that before Orange, before Scandal and How To Get Away With Murder or Girls even, in terms of the female lead, the landscape was pretty homogeneous. It seems like a show like Transparent was always on television, but it wasn’t. It seems like a show like Orange Is the New Black was always on television, but it wasn’t! These are still very new ideas and it takes time for change to happen. But change must happen—and will happen if we’re insistent on it.

Tags: uzo aduba , orange is the new black , bust interview , from the magazine