Tracee Ellis Ross Is 'A Woman Who Speaks Up For Herself': BUST Interview 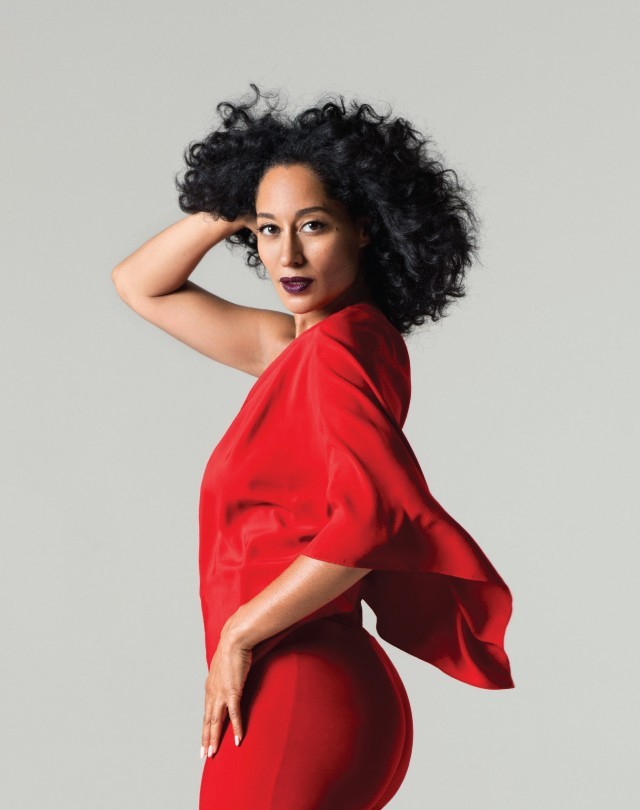 Tracee Ellis Ross is hilarious, but her success is no joke. Ross has worked the runway for Thierry Mugler, posed for world-famous photographers such as Herb Ritts, snagged an Ivy League degree (and, more recently, an honorary doctorate) from Brown University, and stole our hearts as Joan on Girlfriends, the long-running (2000–2008) Sex and the City–esque show that featured four leading ladies of color. It also probably doesn’t hurt that she grew up with a world-class role model who showed her how to be a boundary-busting badass, her mom Diana Ross.

Now, the 42-year-old actress is starring on ABC’s savvy sitcom Black-ish (its second season is airing now) as Dr. Rainbow Johnson, a successful anesthesiologist whose ad-exec husband Andre (Anthony Anderson) struggles to keep his uppermiddle-class family in touch with their cultural identity. (The Emmy-nominated series counts President Obama among its fans, who joked about the show during this year’s White House Correspondents’ dinner.) Here Ross, whose must-follow Instagram feed includes barefaced selfies and videos of her doing karaoke, proves why she’ll always be our favorite girlfriend.

Lots of BUST readers have been fans of yours since Girlfriends. Do you hear much from newer fans as well who have found it in syndication?

A lot of people do not realize that Girlfriends was off the air for a really long time. People were seeing it in reruns on BET, and just thought it was new. Most people that know me from Girlfriends are watching Black-ish, is my experience, and it’s nice, because honestly, my character, to a certain extent, is an evolution of Joan, in that everybody wanted Joan to get married and have kids. So we’re back, you know?

“I was given the strength to be a woman who has a voice, who speaks up for herself. Those things come from being supported and given that example by my mother.”

Sometimes the playful back and forth between Andre and Rainbow on Black-ish gets a little testy. A lot of the stuff is like, “You’re not really black enough.” are you ever like, Oh, geez, that’s a little brutal.

All the time. Haven’t you watched the show? Because that’s the expression on my face every time. I’m like, Oh, my God. Are you serious? I’ve been begging the producers for an episode where Bow actually gets to explore her own relationship to being a woman of mixed race. I know that we really are exploring the show through Dre’s eyes, but it’s exhausting at times. Because I am personally mixed, and those kinds of comments are just so limited and annoying. 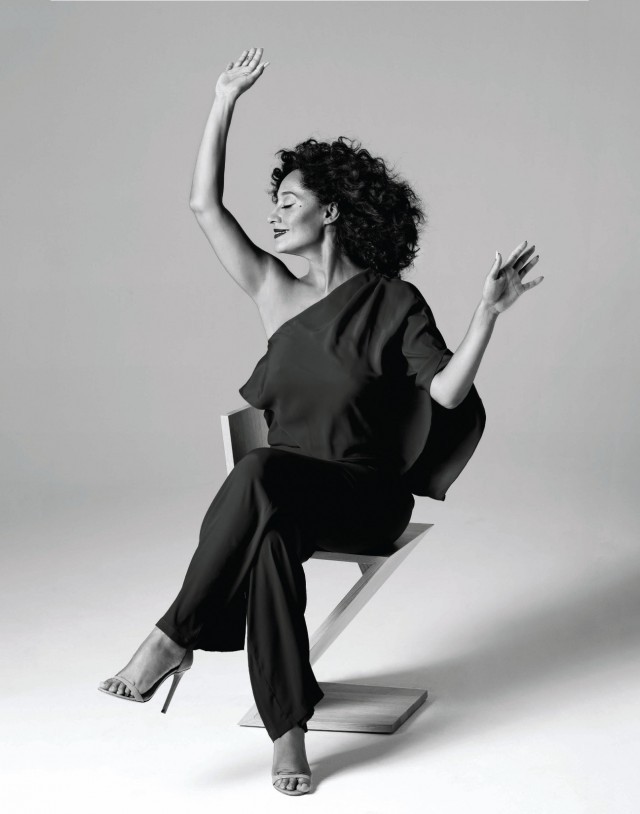 Jumpsuit: Ramy Brook; Shoes: Stylist's own; Ring: Broken English BoutiqueWhat would Rainbow’s story look like? Do you think TV is ready for something like Bow’s own show?

I think TV is ready for all of these kinds of shows. Why they don’t make them, I do not know. TV, in my opinion, should absolutely be reflecting the world that we all live in, which looks way more diverse, not just in skin tone, but also in points of view, than what is expressed. What would the subject matter be if it were Bow’s perspective? I think it would be some of that. Like in the pilot episode, when Bow says, “You think I’m not black? Why don’t you tell my hair and my ass.” That’s one line. That would be an entire episode.

Your social media feeds feel really real. Do your friends or family ever say, “OK, do not take a picture of this. Do not tweet this.”

No. Because honestly, I come from a very public family because of who my mom is. So I’m very used to knowing the difference between public and private. And yet, there’s a ton of very frank, very intimate stuff that I share on my Instagram and my social media that I’m totally comfortable with, because they are things that do represent me. I purposefully post tons of videos and pictures of myself without makeup, because I mostly don’t wear makeup. I sometimes remind myself to videotape myself while I’m working out, because I’m 42. This whole, “I woke up like this” idea—no, I work hard at being healthy and taking care of my body and my skin and all of those things. I’m not afraid to pull the curtain back on that stuff because I’m not trying to perpetuate an image of myself that will make me feel bad about what I really look like. And I love sharing the glamorous version of myself, too. I love getting dressed up. I love putting makeup on. But I think I am just as beautiful—it’s just a different version of me—when I'm in my pajamas and waking up in the morning and wearing my glasses.

In an interview you did with Janet Mock, you said that the things your mom has given you are the opportunities she didn’t have, like travel and education. I thought that was really fantastic, because our mothers do so much for us, and give up so much for us, and it’s important to acknowledge.

My mom is a national treasure. She changed the way we see ourselves as women of color. I can’t imagine where she got the courage, let alone the vision, to do and be who she was. My brain can’t comprehend, in the context of the 1960s, with no images that represented her. Talk about being confronted by racism or sexism. There was not another [performer] before her hat was doing what she was doing. From fashion to singing to breaking out of the girl group and the fact that she wore her hair in its natural texture….But all of that career stuff does not hold a candle to the way she has shown up for her children. What she has given us, the way she has given of herself for us, her generosity of life, of spirit. My mom had the fullest of careers. I don’t understand how she did all that she did. I was given the strength to be a woman who has a voice, who speaks up for herself. All of those things come from being supported and given that example by my mother. If I would call home even now and say I felt like I was stifled somewhere or someone wasn’t seeing me or hearing me, my mom would be like, “Well, then get the fuck out of there. Tell them that’s not OK and then leave.”

The Number One Reason To Throw Out Your Spanx