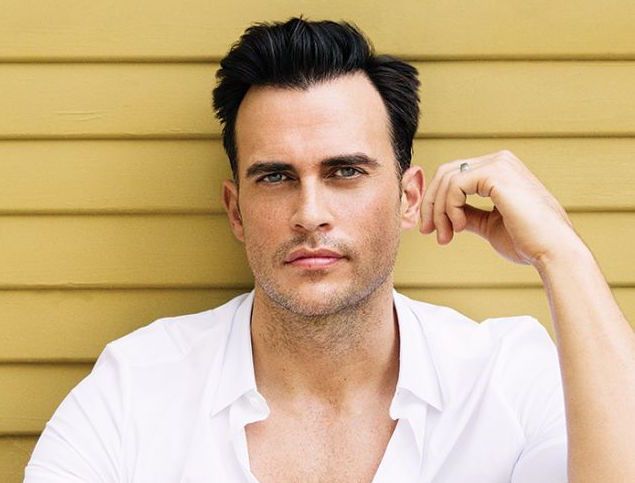 After years of making Broadway audiences swoon, actor Cheyenne Jackson became a small-screen star in 2009 with his recurring role as Danny Baker—a TGS cast member who has a fling with Liz Lemon—on 30 Rock. Now, the 40-year-old triple threat has taken up residence at a decidedly scarier address, Hotel Cortez—a fictional downtown L.A. location at the center of the latest season of American Horror Story.

“I was a huge fan of the show, so when Ryan [Murphy] asked me to do this season, I said, ‘Of course,’” says Jackson about accepting the role of fashion designer Will Drake. “I love really good psychological thrillers.

I remember seeing The Shining when I was seven and it scared the crap out of me. I love The Shining, The Omen, The Exorcist—anything that starts with a ‘the,’ apparently.” 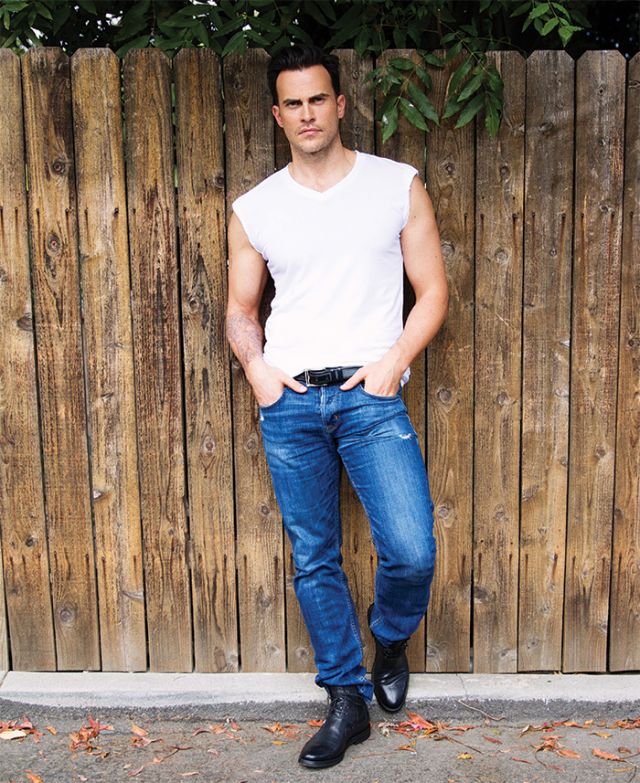 Despite being up until 4 a.m. filming AHS the morning of our conversation, Jackson gets excited talking about his costars. “It’s just been an amazing experience every day,” he says. “Kathy Bates, Angela Bassett, Lady Gaga—the acting is so high caliber.” But the best thing about working on this season may be that filming in and around L.A. keeps Jackson close to his husband Jason Landau, and the Hollywood Hills home they’re redesigning. “We make it a priority to spend time together,” says the Newport, WA, native. “At the end of the night, we watch a show with the dog. Right now, we’re on House of Cards. We binge-watched Breaking Bad on our honeymoon!”

In between making and watching great TV, Jackson works as an ambassador for amfAR, The Foundation for AIDS Research. “Any time you’re of service it helps you get away from yourself. And that was really my motivation,” he explains. “I guess I was thinking about myself—I wanted to be less selfish!”

Yes, he’s humble. But he’s not one of those annoying stars who pretend not to know they’re hot. “It would be a lie and super lame to act like I don’t know what you’re talking about,” he says when asked about being lusted after by so many fans. “When you play the parts I’ve played, a lot of it is based on being sexy. I understand it. That’s why I work out and I try to feel as good as I can about myself. It’s lovely; it’s flattering.”

Tags: Cheyenne Jackson , American Horror Story: Hotel , American Horror Story , AHS: Hotel , AHS , sexy , photos , pictures , interview , husband , gay , amfAR , Lady Gaga
Support Feminist Media!
During these troubling political times, independent feminist media is more vital than ever. If our bold, uncensored reporting on women’s issues is important to you, please consider making a donation of $5, $25, $50, or whatever you can afford, to protect and sustain BUST.com.
Thanks so much—we can’t spell BUST without U.