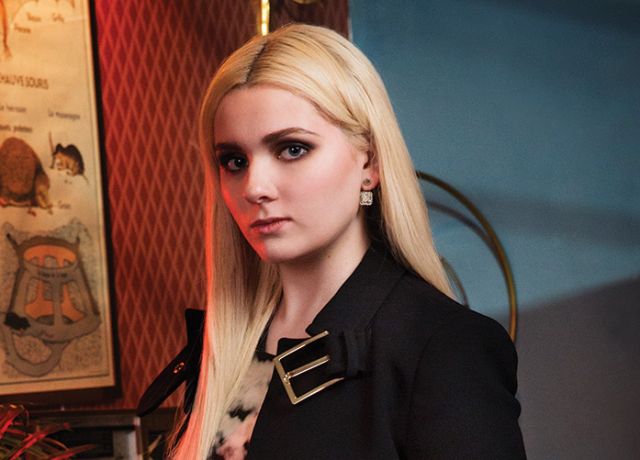 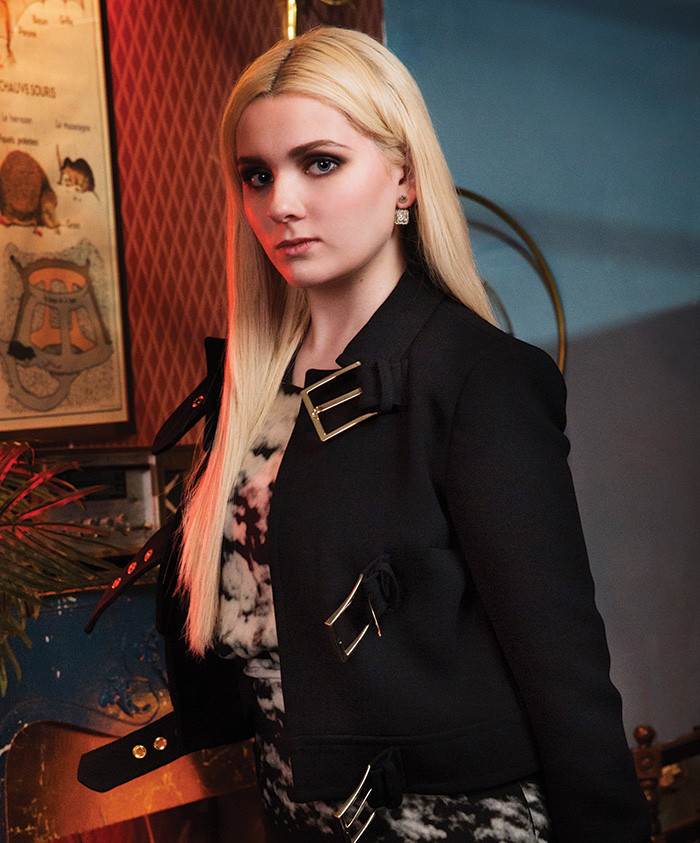 Everyone has watched Abigail Breslin grow up, it seems. Not long after we sit down in New York’s venerable Italian bakery Veniero’s, an admirer approaches us. She’s not a fellow teen—as many of the 19-year-old’s most ardent fans are—but a middle-aged woman who has known the actress/writer/singer since she was a kid. Breslin was born and raised on the Lower East Side, and she’s been coming to Veniero’s for years. Unlike this woman, you’ve most likely never watched Breslin eat pastries. But you have almost certainly watched one of her movies.

She probably first danced her way into your heart as Olive, the seven-year-old beauty pageant misfit whose Rick James routine was the highlight of 2006’s Little Miss Sunshine (and earned Breslin an Academy Award nomination for Best Supporting Actress). But these days, Breslin seems to have more lethal moves in store for her audience, as evidenced by her recent turn in the teen thriller Final Girl and as part of the fantastic cast that Ryan Murphy (Glee, American Horror Story) has assembled for his highly anticipated new FX series, Scream Queens.

For Final Girl, in which Breslin plays a beautiful blonde whose innocent looks belie some seriously deadly skills, her training included learning “how to load a gun in eight seconds, how to throw a good punch, and how to do a roundhouse kick.” The 17-day shoot was “really intense” (“Fake blood is so hard to wash off!”), but totally rewarding—especially when it was time to beat up her hunky male costars. “They’re all really cute and really sweet,” Breslin says, “and I got to fight all of them.” She grins when I admit I’m maybe a little afraid of her now. “Be very afraid,” she says. “I could knock you out in a second.”

In Scream Queens, Breslin gets to explore her dark side even further, and she couldn’t be happier about it. “She’s horrible, in the best way,” she says of her sorority-sister character, Chanel #5. “She’s the total opposite of anything I’ve ever played, and the type of character I’ve always wanted to play.” Luckily, the mean-girl antics were confined strictly to the screen, as Breslin made fast friends with her castmates (including Emma Roberts, Ariana Grande, Lea Michele, and Keke Palmer). “People ask me all the time if it’s hard working with so many girls, and I’m like, well, one, that’s pretty sexist, and two, no, it’s not at all. We all get along really well. They’re so great.” 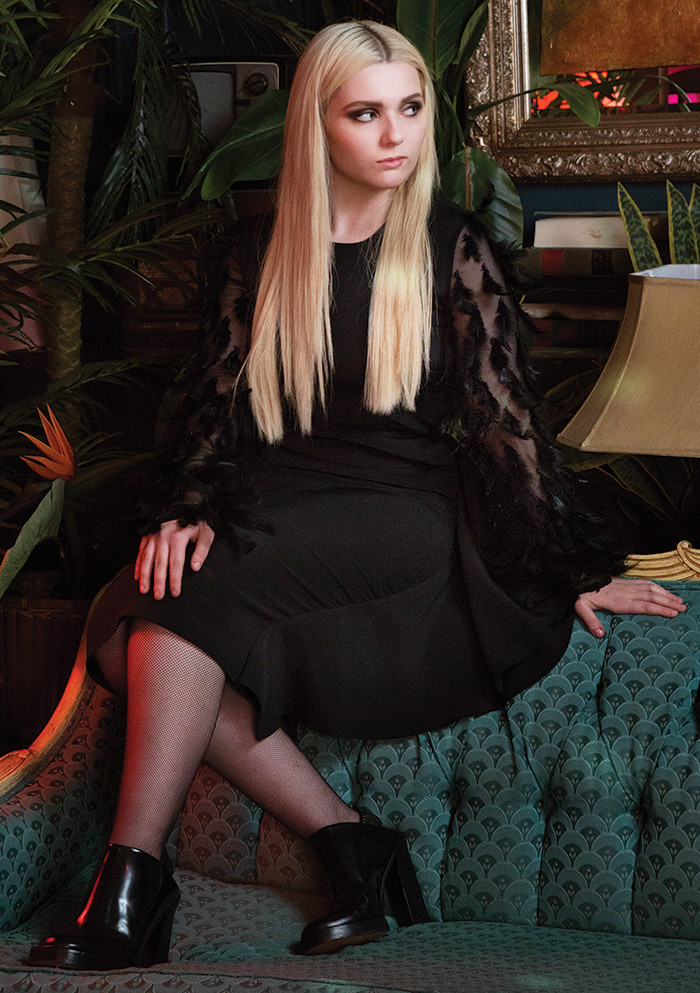 Despite her famous friends and hometown heroine status (at least at this bakery), Breslin remains down-to-earth. She shows me a photo of her (adorable) cat before we part ways, and uses the shrug emoticon ( ¯_(?)_/¯) freely, including in her debut book, This May Sound Crazy (out now), a collection of essays on “love, loss, and Tumblr.” She’s got a busy fall ahead of her (Breslin is also a singer/songwriter, and plans to release a new album in November), but she wants to focus on some other important stuff, too, like getting her driver’s license and planning her Halloween costume. “I’m thinking about being Khaleesi [from Game of Thrones],” she says. “Or Sailor Moon.” No matter what, she’s going to kick some ass.

Tags: Broadcast , from the magazine , interview , final girl , Abigail Breslin , talk tuesday , Scream Queens
Support Feminist Media!
During these troubling political times, independent feminist media is more vital than ever. If our bold, uncensored reporting on women’s issues is important to you, please consider making a donation of $5, $25, $50, or whatever you can afford, to protect and sustain BUST.com.
Thanks so much—we can’t spell BUST without U.