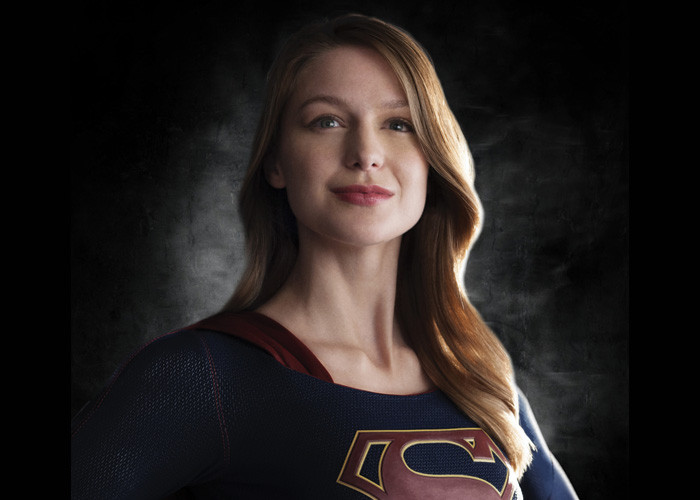 Mean girl sorority sisters, a modern-day superhero, and a crème de menthe–swigging guardian angel are just a few of the characters representing the ladies on the small screen for the 2015-16 TV season. So fire up your DVR or get your streaming sites on lockdown: here are the shows you won’t want to miss. 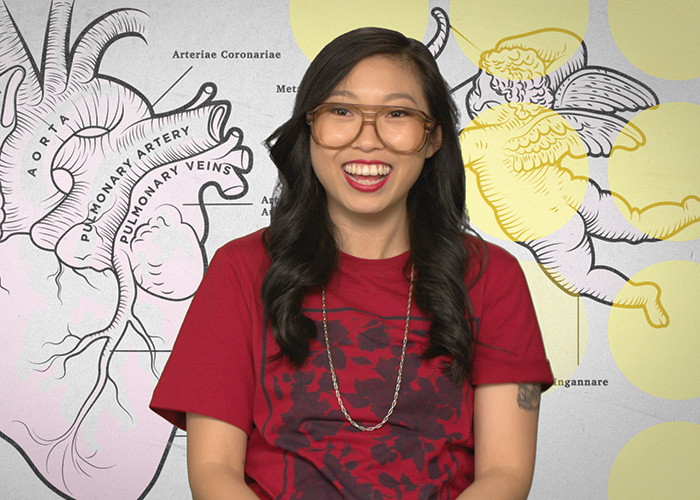 The late night talk-show landscape is littered with white dudes, but thanks to this new spin-off from MTV, we’re finally getting some ladies in the mix. Girl Code Live takes the concept of MTV’s Girl Code—a comedy about all things sisterhood (recent episodes covered boredom, Internet slang, dry spells, and sexual pressure)—and puts it in front of a live studio audience. But the real reason to tune in is that Girl Code regular and BUST favorite Awkwafina (the comedian famous for her rap “Queef”) will be one of the hosts, alongside Carly Aquilino and Nessa. 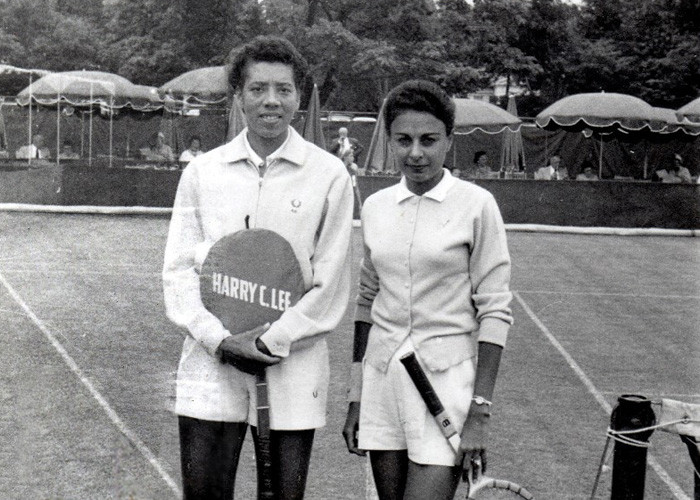 The PBS series American Masters rules the documentary game, and this season is no exception. Airing September 4, Althea tells the story of unsung sports icon Althea Gibson, who shattered race barriers in tennis as the first African American to play and win at Wimbledon. And airing September 25, The Women’s List features lawyer Gloria Allred, artist Laurie Anderson, designer Betsey Johnson, comedian Margaret Cho, producer Shonda Rhimes, and more opening up about their creative paths, cultural influences, and the challenges they had to overcome. 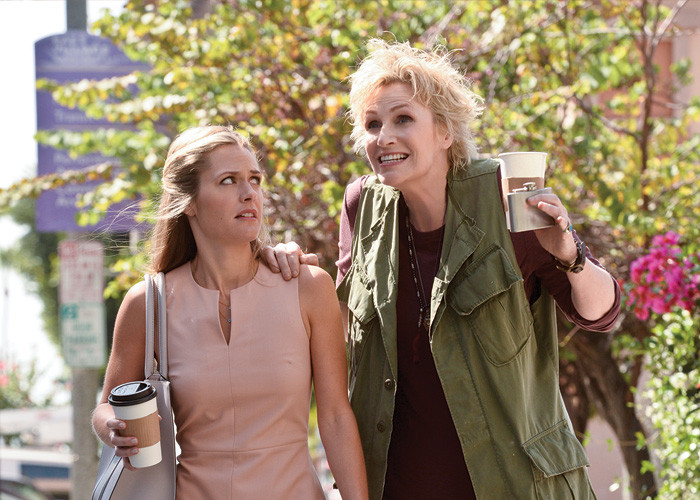 Yes, the premise of this new half-hour comedy sounds kind of wack: Maggie Lawson plays Allison, a doctor mourning the death of her mom and dating a loser dude when a guardian angel appears to help guide her down a happier, healthier path. But this isn’t some sappy Touched by an Angel bullshit. The guardian angel is played by Jane Lynch, and is prone to spiking her afternoon coffee and making inappropriate sex jokes. That alone is enough to make us watch—and wish for a protective celestial being of our own.

Finally, a female superhero show! Supergirl tells the DC Comics story of Superman’s cousin Kara Zor-El, aka Kara Danvers (Melissa Benoist), who was also sent to Earth from the planet Krypton. At first, she subverts her superhuman capabilities and kowtows to her bitchy boss (Calista Flockhart). But when her earthly sister’s plane takes a nosedive and she singlehandedly saves it (with some pretty epic special effects), her secret is out. If the rest of the season has as much ass kicking and girl power as the pilot, this caped crusader’s show is bound for a good run. 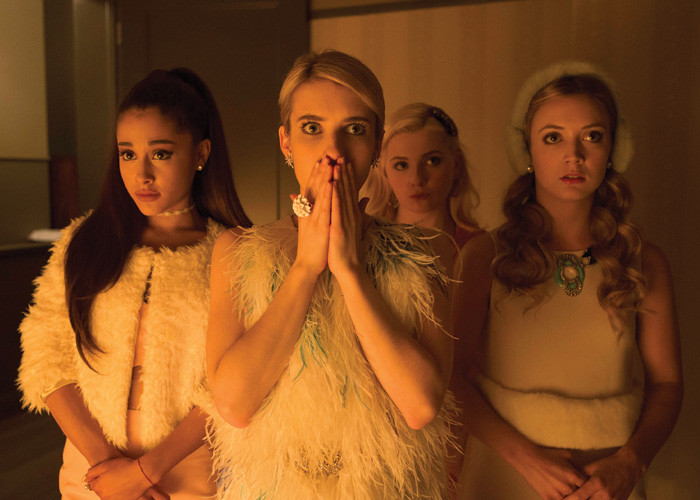 Remember how good Glee was when it started? We do too, which is why we’ve got high hopes for Ryan Murphy’s new show, Scream Queens, a campy horror/comedy about a college sorority that’s being stalked by a killer. With Emma Roberts and Abigail Breslin as Kappa Kappa Tau’s queen bees, and Lea Michele (going full-on nerd), Skyler Samuels, and KeKe Palmer playing new rushes, the show is like a mashup of Clueless and Scream (or as Murphy himself put it, Heathers and Friday the 13th). Bonus: Jamie Lee Curtis and Niecy Nash play supporting roles!

This new ballet drama from the network that brought us Party Down is way more Black Swan than Bunheads. Sarah Hay stars as an emotionally damaged ballet dancer who moves to New York City to join a prestigious ballet group run by a capricious and controlling director. Hay was previously in Black Swan, and this series captures some of the same darkness and dysfunction. If the show’s anything like writer and executive producer Moira Walley-Beckett’s last project (Breaking Bad), then it’s got legs—incredibly strong and flexible ones.

Not much has been released about Samantha Bee’s new late-night talk show, but we don’t have to know anything besides the fact that she’s hosting it to tune in. The former Daily Show correspondent has always paired her deadpan hilarity with a feminist point of view when covering news and politics. So we can’t wait to see what this host (who describes herself as “female as fuck” in the show’s trailer) will do with her own desk at the late-night sausage party.

Ever since Ann Perkins exited Parks and Rec, we’ve been waiting for Rashida Jones to come back to TV, and now she’s doing it with the help of her former Office costar Steve Carrell. He, along with his wife, Nancy, created this slapstick take on police procedurals in which Jones plays LAPD veteran Angie Tribeca. Jones is so charming and the show is so dumb you can’t help but find it funny (think Airplane!-style humor and lots of sight gags). Plus, Lisa Kudrow pays a visit in the pilot, the first of several A+ guest stars.

Sure, this new single-camera comedy is inspired by the life of a dude, but that dude is the very BUSTy Dan Savage, the gay columnist who’s made it his life’s work to encourage people to be more open about sex. The Real O’Neals looks at Kenny O’Neal’s high school years, when he comes out to his very Catholic family. The ever-hilarious Martha Plimpton stars as his mom, so here’s hoping she gets lots of screen time. And Jay R. Ferguson plays Kenny’s dad, so we can still get our post-Mad Men Stan fix. 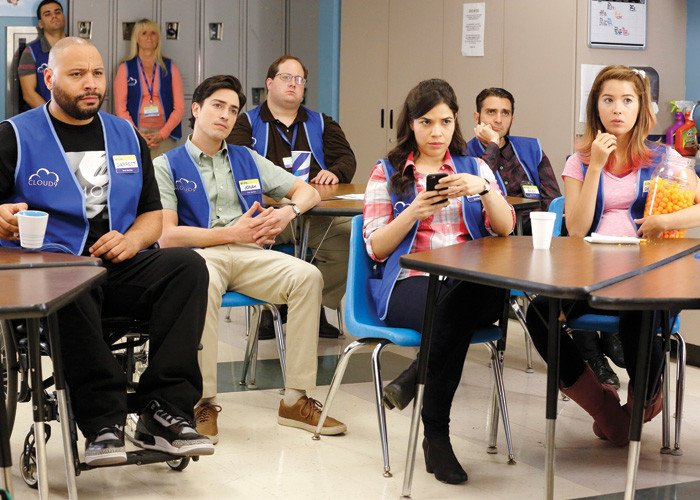 We still miss Ugly Betty, so we’re thrilled to have former BUST cover girl America Ferrera back on the small screen. In this half-hour comedy slated for mid-season, she plays an employee at a Walmart-like big-box store, dealing with the day-to-day horrors of bargain-based retail. The show comes from a producer of The Office, which bodes well for its comedy chops, and also stars Mad Men’s Ginsberg (Ben Feldman), who will hopefully keep both of his nipples throughout this TV stint.

Tags: tv , from the magazine , samantha bee , Fall Preview , entertainment , supergirl , Scream Queens , Girl Code Live , American Masters , Angel From Hell
Support Feminist Media!
During these troubling political times, independent feminist media is more vital than ever. If our bold, uncensored reporting on women’s issues is important to you, please consider making a donation of $5, $25, $50, or whatever you can afford, to protect and sustain BUST.com.
Thanks so much—we can’t spell BUST without U.