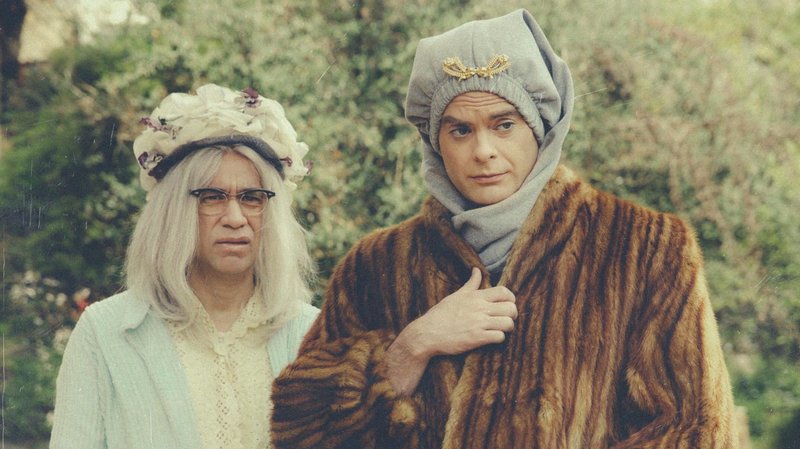 Fred Armisen and Bill Hader are no Little and Big Edie, but their impersonation of these *staunch* characters (renamed Little and Big Vivvy) on the new IFC show Documentary Now! was nothing short of sublime. The series, which premiers tonight at 10pm, will bring you a different 20 minute fake documentary every week, parodying much-loved classics like Thin Blue Line and Nanook of the North as well as the shock-and-awe, gonzo-style annals of VICE Magazine’s hipster-journalist HBO docs.

But the first episode is a Grey Gardens mockumentary, the Maysles Brothers’ 1975 cinema verite classic about a mother and daughter living alone on a decaying estate. And if these pre-released clips from IFC are any indication, tonight’s episode will be a delightfully awkward comedic tour de force. Did I mention Seth Meyers is a co-writer? He is. Did I mention the whole series is framed like a faux 50th anniversary show celebrating "integrity and excellence in documentary filmmaking" and Helen Mirren stars as the faux-host? She does. The creative forces at work here are reliably amazing.

Check out the rest of the spoof clips here, but more importantly, tune in for the full premiere tonight – at the very least, you’ll get some kickass fashion inspo from Hader-as-Little-Edie, who in one scene wears a pair of sweatpants as a headscarf.

Images and clips via IFC

Tags: ifc , Fred Armisen , parody , vice , spoof , Grey Gardens , Little Edie , bill hader , documentary now , Big Edie , Little Vivvy , mockumentary
Support Feminist Media!
During these troubling political times, independent feminist media is more vital than ever. If our bold, uncensored reporting on women’s issues is important to you, please consider making a donation of $5, $25, $50, or whatever you can afford, to protect and sustain BUST.com.
Thanks so much—we can’t spell BUST without U.