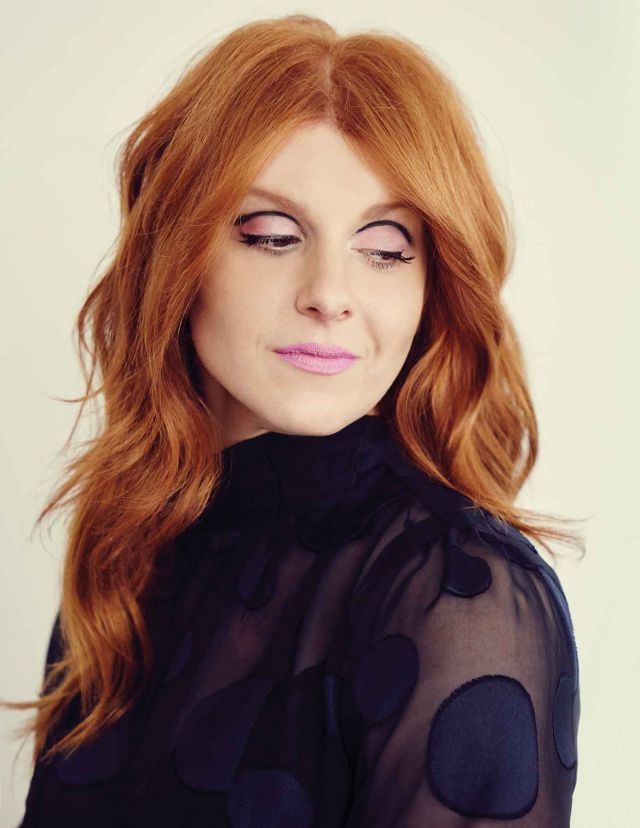 Julie Klausner is one hell of a broad. The 37-year-old creator, co-star, co-writer, and executive producer (along with Amy Poehler) of Hulu’s new comedy series Difficult People (out August 5) is a thoroughly modern Millie. After all, the luminous redhead has a wildly popular podcast—How Was Your Week?—as well as the aforementioned brand new show on a new media platform. And yet, when I sit down with the Upright Citizens Brigade Theatre veteran to chat about her exploding career, I can’t help but think of old-timey turns of phrase to describe her: “saucy dame,” perhaps, or “hot tomato.” Maybe it’s her look, a kind of ethereal Bernadette-Peters-meets-Judy-Garland thing. Or maybe it’s her encyclopedic knowledge of pop culture—the new, the old, and the in-between—that is always on display in the monologues that open each episode of her podcast.

Then again, maybe it’s the setting she’s chosen for our meeting: an upscale Manhattan bar with a jazzy soundtrack, Art Deco accents, and handcrafted cocktails. She orders wine, I class it up with a tequila concoction, and together we talk about her career. “Difficult People started from my desire to do a female Louie that was structured like Curb Your Enthusiasm,” Klausner tells me. She says she especially wanted to feature incidents “that made me look like an asshole, or made the world around me look like it was full of assholes.” It’s this willingness to go for what’s funny even if it makes her character look “difficult” that sets her show apart from many projects that insist on female protagonists always being winsome and adorable. 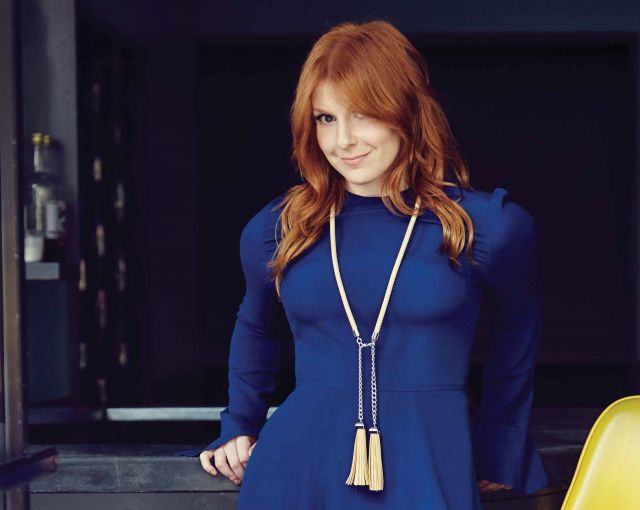 Klausner’s close friend, Billy On The Street star Billy Eichner, plays her onscreen best friend. In real life, Eichner and Klausner bonded while working together on BOTS, and developed ideas for what she calls her “dream show.” When they eventually pitched it to networks, Klausner says, “Billy and I talked about how we connect via pop culture. We shared personal stories about our friendship, about texting about the remake of Steel Magnolias while his father was in the hospital.” They also joked when they were selling the show, “It’s like Will and Grace if they were totally unlikable.”

I’m interested in the idea of an “unlikable” central female character, and ask her to tell me more. “Here’s the thing,” she says. “Unlikable is a misnomer, because you like someone who’s funny. You know David Brent [of the original U.K. series The Office] is a bastard, right? But you want to hang out with him because he’ll make you laugh. There’s a lot of room for improvement for women in that area. It blew my mind when I first saw [HBO series] The Comeback because I thought, Holy shit! Look what Lisa Kudrow’s getting away with! She held nothing back in portraying that particular kind of narcissist. I love the idea of women playing unlikable roles because it’s a different challenge. Who wants to be cute all the time? Who wants to be sexy all the time? It’s fun to be obnoxious. Men get to do that a lot, and I’m really lucky that I have a chance to express myself in that way, because that’s always been very appealing to me.”