Talkin' Vodka and Netflix with Parks and Rec's Retta 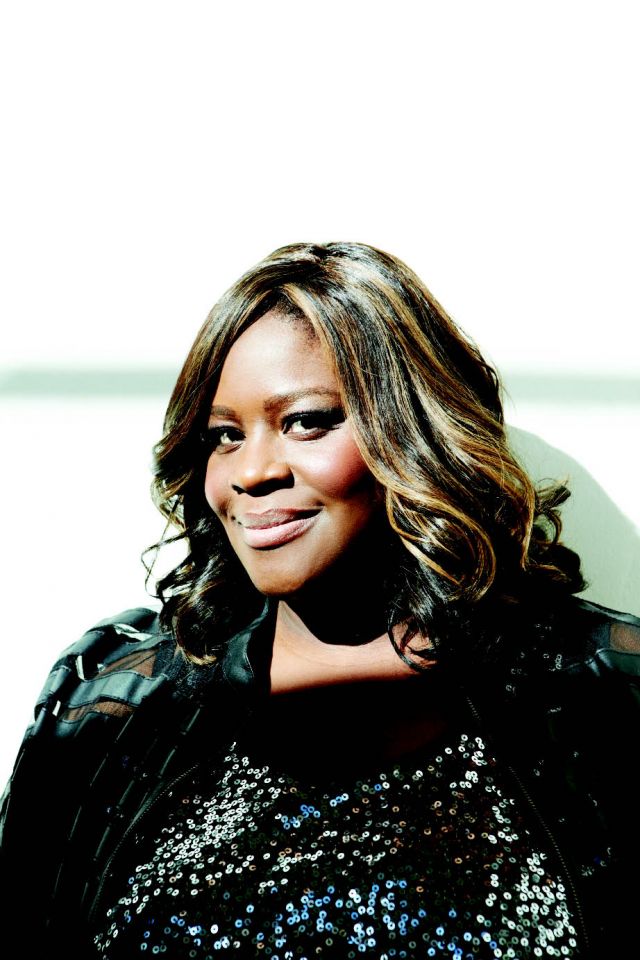 Retta, the comic powerhouse behind Parks and Rec’s indomitable Donna, schools us on everything from owning Twitter to surviving V-Day.

If someone asks you who Retta is, and you reply “my imaginary best friend,” you’re pretty much in step with the rest of the world right now. The New Jersey native and hilarious triple threat (actor/comedian/trained opera singer) first became a household name with her portrayal of Donna Meagle, the uber-competent, luxury-loving, romance-adept Pawnee government employee on NBC’s long-running sitcom Parks and Recreation. But she’s now at least as well known for her mind-bogglingly entertaining Twitter account (@unfoRETTAble) devoted to her minute-by-minute reactions to her favorite TV shows, which you really have to read to believe. I caught up with Retta in L.A., where she answered my questions with total graciousness, even while a team of hovering makeup people were putting her eyelashes on—no mean feat. I’m pretty sure she’s going to be president one day.

I’m a huge fan of your amazing live-tweeting of all the television shows you watch. How did you start doing that?

I tend to watch shows after they’ve already aired and they’re out on DVD. During season three or four of Parks and Rec, I was watching Breaking Bad on DVD in my trailer, and it really stressed me out. I got agitated when it was on. So I started tweeting about it as a way to talk to people about it. And then all these people replied, “It’s totally worth it!” So I felt like I wasn’t watching TV by myself. That’s how it started. Then somebody asked if I watched Homeland, and I responded, “I don’t have Showtime.” Right away, the girl who runs Showtime’s Twitter account contacted me saying, “SEND ME YOUR ADDRESS.” She sent the DVDs, and I live-tweeted the whole first season in two days. I had such anxiety. So I did that, and people were dying, saying, “OMG, this is the best thing ever.” So I just started doing it for shows that I liked. Now people tweet me to find out my TV-watching schedule so they can watch along. I’m like, “I don’t know when I’ll be watching shows. I have a job.”

What criteria do you use when choosing shows to tweet?
It has to be something with a lot of “OH MY GOD” moments. The Vampire Diaries is a good one. At the end of every episode, I’m like, “What just happened? Are you kidding me?”

It was a struggle. My car got repossessed, I was sleeping on the floor of my friend’s studio apartment at one point, and then on weekends, I had to drive out to Temecula to stay with another friend whose boyfriend had a place there, so I wouldn’t be in the studio when my friend was home from work. Then I got a studio apartment that was super cheap, but it was in the neighborhood where all the transsexual hookers were, and they would take johns into my hallway. I was like, “You can’t come in here with work!”

So there were some lean years. You started your career as a stand-up comedian, right?

Yes, but I started doing stand-up so I could get my own sitcom.

And now you have one!

I’m on one, but the goal is to be the head honcho.

There seem to be a lot of similarities between you and your character Donna Meagle on Parks and Rec.

Yes. We both like boys—a lot. We both have expensive tastes: she likes the finer things in life; I like a nice handbag. That’s my thing, nice handbags. But I’m goofier than Donna. She’s definitely more together. She doesn’t have time for any silly stuff. 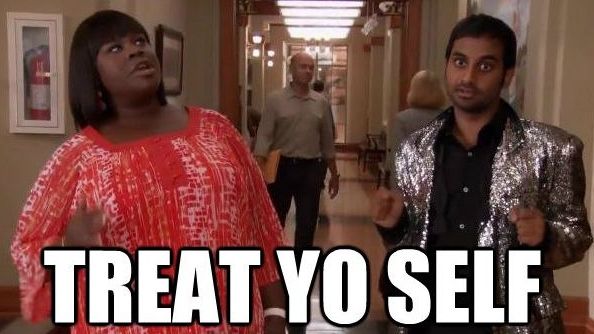 Do you think she’s ripe for a spin-off?

I do—only because people keep saying so. Viewers don’t really know a lot about her, so there are so many directions she could go. Donna wouldn’t have to get locked into any one thing. We know that she loves cars and she loves men. That’s about it.

Sitcoms have been built on much less. If you did have your own show, what would it be like?

I would like to play a professional who is really, really good at what she does, whatever it is. I’m obsessed with Scandal, and I had this idea that I’d be not so much a fixer but a personal concierge. I’d be a hyper-competent person who can do anything for her clients. Anything they need, I’d get.

Valentine’s Day is coming up, and not everyone’s a fan. Got any survival tips?

Vodka and Netflix. I’m so alone.

This article originally appeared in the February/March 2014 issue of BUST.  Subscribe today!