Danielle Brooks' Chat with BUST About OITNB, GIRLS, and Singing 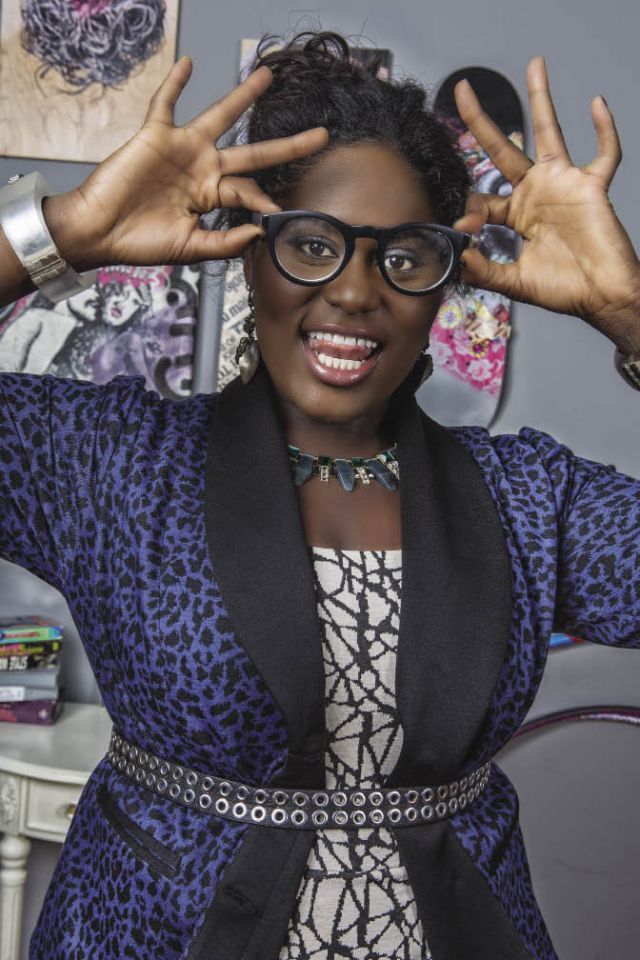 Are you obsessively checking Netflix to see if "Orange is the New Black" has secretly released episodes from the new season early like we do? Well, even if you don't do that, we know you can't wait for it to start. Check out an interview we did with OITNB star, Danielle Brooks, to get you pumped for season 2, which premiers on Friday, June 6, 2014!

By the time Danielle Brooks got the phone call that changed her life, the working stage actor was starting to doubt her dream of an onscreen career would ever be realized. “I had auditioned for a lot of TV and film. When they say you hear a lot of nos before you hear yes—that is not a lie. I’d been out of school a year and I was auditioning and auditioning,” says the 24-year-old Juilliard grad. “I’d only booked one TV gig—a comedy that didn’t get picked up.” Then one day in 2012, while hanging out on a friend’s Manhattan stoop in between travel with her theater company, Brooks finally got her yes. Her agent called with the news that she’d landed the role of Tasha “Taystee” Jefferson, an inmate on Jenji Kohan’s new Netflix series, Orange is the New Black.

OITNB debuted last July and quickly became Netflix’s most-watched original series to date. The show is as hilarious as it is heartbreaking and Taystee is always the life of the party. But Brooks is also responsible for one of the season’s most poignant monologues—when Taystee explains to her prison BFF why life on the outside is unbearable. “Everyone I know is poor, in jail, or gone,” she says. “Don’t nobody ask about how my day went...at least in jail you get dinner.”

Brooks was raised in Greenville, SC, and describes her parents as “heavy in the church.” For this reason, she had some initial reservations about the very adult themes in OITNB, but credits the show with exposing her family to stories of people they might not otherwise know—like inmate Sophia, a transgender hairdresser played by the brilliant Laverne Cox. Brooks also praises show creator Jenji Kohan for “changing the way we see beauty” and for giving depth to the show’s diverse characters. “It’s an amazing opportunity,” she says of her role on the critically acclaimed series. “I could be on some other show only being the comedic
relief or being an accessory.” 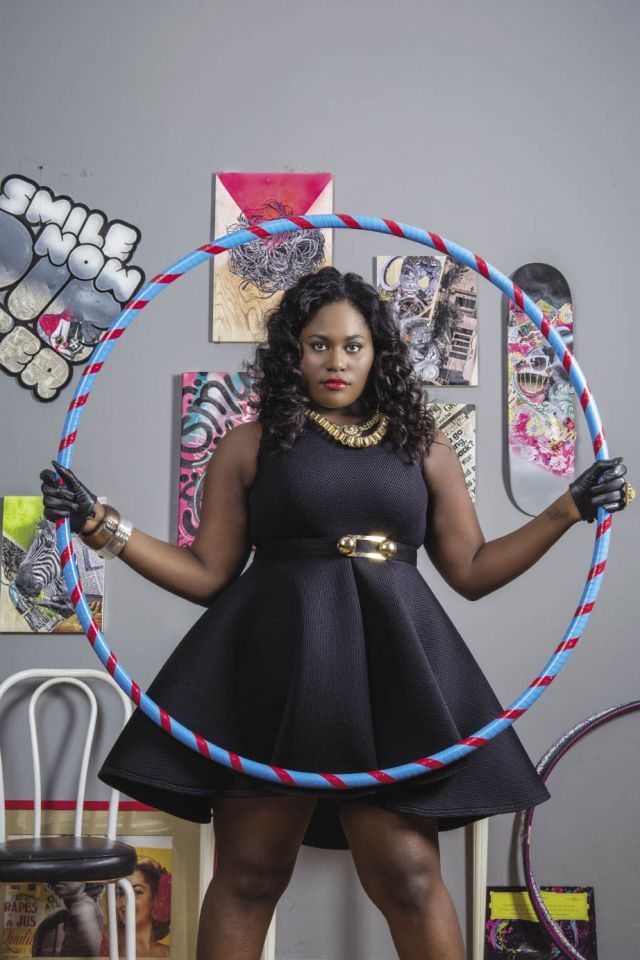 Brooks’ next role, on the third season of Lena Dunham’s GIRLS, is sure to be scrutinized. Save one panned storyline featuring Donald Glover, there have been virtually no black people on the HBO series. “I watch GIRLS, I’m a big fan,” says Brooks, who admits to screaming her face off in public when she was cast. “That’s her reality and her show,” she says in Dunham’s defense. “She can do whatever she wants to do. I’m just glad to be a part of it.” Brooks calls auditioning in front of Dunham a “terrifying” experience, but says the work “felt organic.” “It was just so cool,” she says, “to be in a place where someone with her status is warm and allows you space to work.”

With her television career taking off, Brooks is now spending more time focusing on another passion—music. “I’ve started writing songs in the past year or so,” she says. “It’s still very fresh and very new.” OITNB fans have already heard a sample of what Brooks has to offer vocally. Within minutes of being introduced in the opening scene of the series, she’s in the shower belting out the Staple Singers’ “I’ll Take You There.” “It’s so funny,” says Brooks. “People are like, ‘I loved your voice on the show!’ And I’m like, ‘I barely sang! You haven’t heard anything yet. I’ve been singing in church since I was two!’”

With her gospel background, Brooks realizes “people expect me to do R&B.” But these days she’s most inspired by British soul singer Lianne La Havas and New York independent singer/songwriter Emily King. “I want to do something different that surprises people,” she explains. “I’m still finding my voice.”

This article originally appeared in the February/March 2014 issue of BUST.  Subscribe today!