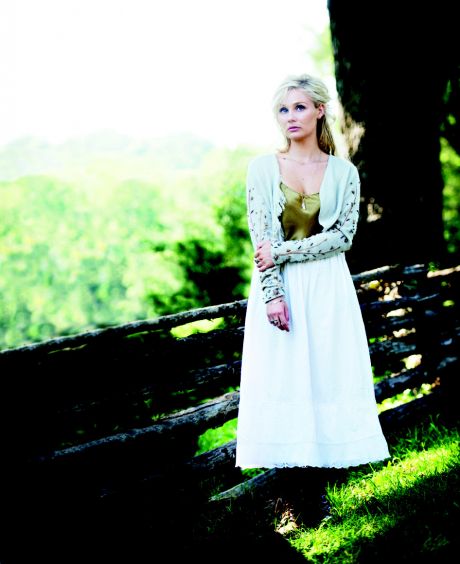 I know that Clare Bowen, the 24-year-old actress who plays Scarlett O’Conner on ABC’s Nashville, is a native Australian, but when she calls me from Tennessee, I’m still surprised when I don’t hear a sweet southern drawl on the other end of the line. It’s a testament to how seamlessly Bowen slips into her character, a wide-eyed singer/songwriter on the verge of blowing up on the country music scene. Along with Connie Britton (Friday Night Lights) and Hayden Panetierre (Heroes), who play rival country stars, Bowen is one of three lady leads on what may be network television’s most female-friendly program. And this certainly isn’t happenstance. The deliciously soapy drama was created by Callie Khouri, who has a history of bringing strong female roles to the masses (she wrote Thelma and Louise, for chrissakes). Since Nashville began, Bowen’s character has transformed from a poem-writing waitress into a signed musician performing at the Grand Ole Opry, and season two—beginning September 25—will explore the ramifications of her rise.

“I love Dolly Parton, Loretta Lynn, and Alison Krauss,” Bowen says when asked who she draws musical inspiration from. “I discover what I can do with my voice by listening to the music I’ve grown up with.”

It’s a narrative arc that feels awfully familiar to Bowen, who says she has so much fun playing Scarlett “she doesn’t even know whether to call it work.” Though she’d starred in several TV shows and movies in her homeland, as well as in Sydney’s production of the musical Spring Awakening, Nashville marks her big break in the States. “Scarlett started this huge journey last season and we’re kind of in the same boat in that regard. We’ve been discovering a lot of stuff together,” she says. “Like, how it feels to suddenly have a lot of attention heaped on you. It’s very strange trying to stay grounded.” Bowen might get less screen time than Nashville’s other two stars, but her singing consistently steals the show. When speaking, the classically trained vocalist gives Scarlett a bit of a baby voice, but when she sings, a soulful lilt emerges. (YouTube her cover of the Civil War’s “If I Didn’t Know Better,” featured in the pilot, for a taste of her evocative talent.) “I love Dolly Parton, Loretta Lynn, and Alison Krauss,” Bowen says when asked who she draws musical inspiration from. “I discover what I can do with my voice by listening to the music I’ve grown up with.” 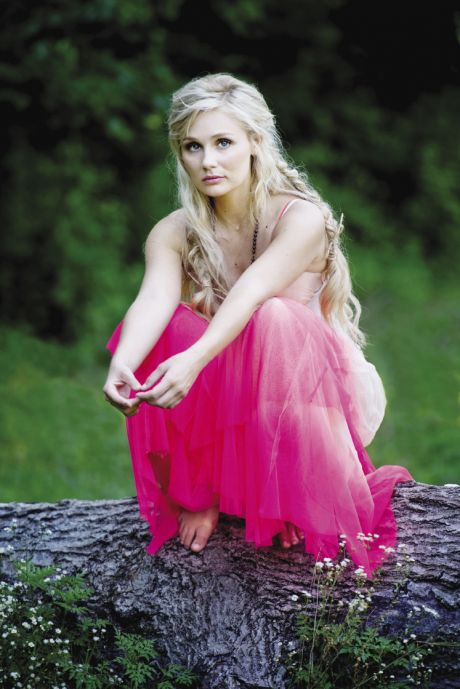 The dichotomy in Bowen’s voice represents the intricacies of Scarlett’s character as well. Just when you’re afraid she might be heading into full doormat mode, getting kicked around by the dudes in her life, she’ll unleash a ferocity that makes her feel real. “She’s definitely not tough but she is very strong,” Bowen says of Scarlett. In fact, she’s exactly the kind of character Callie Khouri is famous for bringing to life. “In a lot of shows there’s a whole bunch of men and one girl, she’s like the unicorn,” Bowen says with a laugh. “But Callie is so wonderful at telling women’s stories. She’s able to write a real person with flaws and vulnerabilities—we’re such complex creatures.”

Khouri’s work is also inherently infused with feminism, which suits Bowen just fine. “It came up the other night that the highest-paid women in our industry get paid about half of what the highest-paid men do. It’s a very strange thing to deal with in this century,” she says. “But here’s the kind of feminist I am. I’ve got this friend—we trained together in Australia and she has the most phenomenal operatic voice I’ve ever heard. But she really wanted to be a housewife. And when she said that in class, people laughed at her. [But I think] if that’s what she wants to be, that is her freedom. That’s what feminism is, your right to choose.”

Tags: from the magazine , television , clare bowen , Nashville
Support Feminist Media!
During these troubling political times, independent feminist media is more vital than ever. If our bold, uncensored reporting on women’s issues is important to you, please consider making a donation of $5, $25, $50, or whatever you can afford, to protect and sustain BUST.com.
Thanks so much—we can’t spell BUST without U.