“Y’allternative”: Goth Meets Cowboy in This Trendy Aesthetic With a Rich History 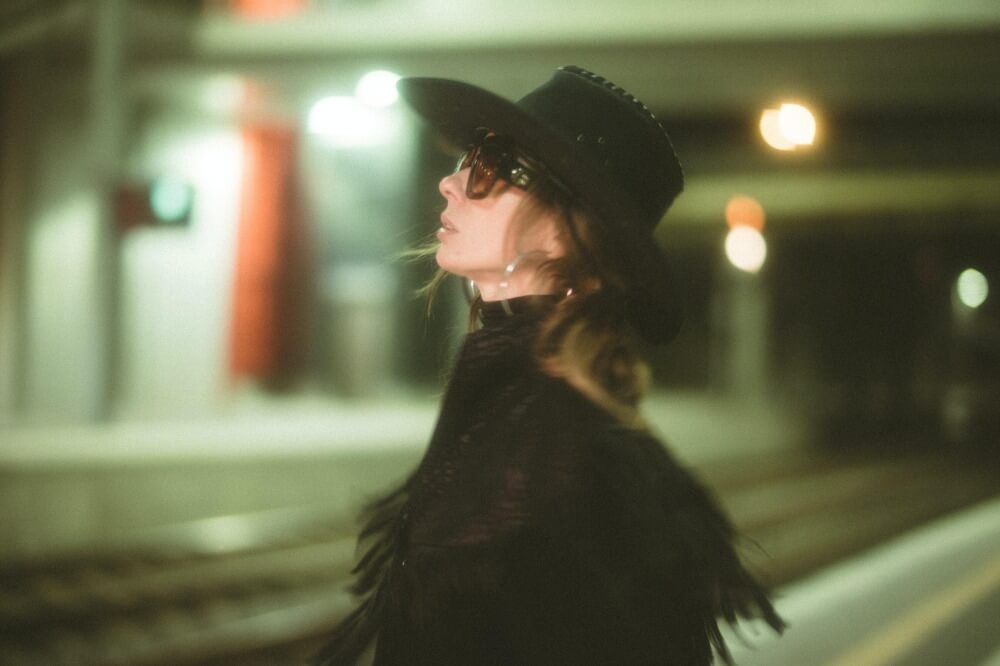 Perhaps one of the most interesting and creative styles to come out of the internet-era is “Y’allternative”, which as the name implies, combines dark, alternative fashion inspired by Goth and punk with Old Western sensibilities. Envision an otherwise Wednesday Addams-esque outfit accessorized with a cowboy hat and boots, a bolo tie, and the sort of belt typically worn with a pair of classic Wranglers. Other common themes in outfits considered “Y’allternative” include dark colors, fringe, flashy belt buckles, and cowboy iconography such as lassos and horses.

As a TikTok trend, “Y’allternative” has become a way for those who have historically been ostracized from and oppressed by archetypical “country” culture to embrace who they are while tapping into the roots of their upbringing as working-class people in the American South and West.

Despite its working-class leftist roots (looking at you, Woody Guthrie!), country music and the culture affiliated with it has become dominated by white, upper-middle-class men who subscribe to conservative beliefs; at least, that’s what modern stereotypes indicate. Under the “Y’allternative” tag on TikTok, however, you can find alternative leftists and members of the LGBTQ+ community, often clad in all-black, reclaiming the music, style, and culture they grew up with. Perhaps one of the greatest examples is TikTok user and banjo master Clover-Lynn (@hillbillygothic), who uses her platform to share the history of women and Black people in country music, her experience as an alternative woman raised in working-class Appalachian culture, and plays jaw-dropping bluegrass solos over cringe-worthy rants from conservative men.

@hillbillygothic #duet with @kai.clips sorry i had to get some practice in #lgbtq #feminism #banjo #fypシ #queer ♬ original sound - Tik Toker

“Y’allternative” is a catchy Gen-Z term for the subculture referred to as “Gothic Western,” which isn’t all that new. In the 1940s and ‘50s, Western flicks were at their peak popularity, and post-war disillusionment with the American Dream and patriotism created an inevitable meshing of the Western with the grim and macabre in popular culture. As is the case with other alternative styles, namely Goth and punk, the style’s roots lie in music. Perhaps the first and most notable “Gothic Western” or “Y’allternative” icon was Johnny Cash. Between his manner of dress, dark subject matter in his music, and the fact that he covered songs by newer alternative artists such as Soundgarden and Nine Inch Nails as a country musician, the Man in Black perfectly exemplified the Gothic cowboy image and lifestyle.

Since Cash, darker, alternative subgenres of classic American folk and country have become more prominent. Many alt-country artists have exploded in popularity in recent years, in large part due to their creative meshing of old-school country, folk, and bluegrass with dark themes such as violent crime, substance abuse, and witchcraft, in the case of Amigo the Devil and Bridge City Sinners, and embracing LGBTQ+ identities, in the case of Orville Peck. The “Y’allternative” fashion is a physical manifestation of how those who have been excluded from or disillusioned by modern country-western culture are reclaiming it in a way that is inclusive, ever-evolving, and spooky – both in terms of aesthetic and in terms of the conservative reaction to its popularity.

If you find yourself balancing the line of country and rock ‘n’ roll in personality, style, and music taste, here’s some key pieces to help you achieve the “Y’allternative” look.