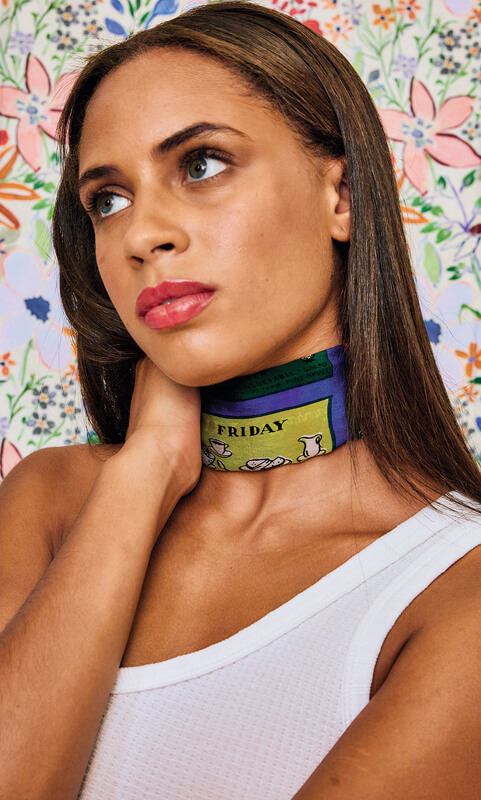 The editors at Harper’s Bazaar called it “The Nine-Day Wonder Diet” and promised readers they would lose a pound a day if they followed it diligently. To help them do so, the magazine produced a silk scarf, printed with all nine days’ worth of menus. “DIETING IS FUN when you wear this sensational new scarf with its design theme of the famous Harper’s Bazaar 9-Day Wonder Diet,” read a 1953 ad inIndependent Woman magazine. “Wear it as a bright color accent for your new spring costumes, and as a reminder to slim down.” The Wonder Diet first appeared in Bazaar’s March 1941 issue. Each day began and ended with half a grapefruit, while most meals consisted of meat, meat, and more meat, with a smattering of vegetables and carbs. “Meat is the magic that does it.... Big, juicy steaks, steaming hamburgers, sizzling lamb chops—you can have them all,” ran the copy. “Why does this diet reduce you? The high protein content steps up your body metabolism, and a heightened metabolism burns up fat.” This was a questionable claim. What was undoubtedly true, however, was that people lost weight because they were consuming extremely few calories, somewhere around 500 to 900 a day. Even so, readers loved it. “Because of overwhelming popular demand, we republish a feature for the first time in our history—a dietary miracle which is changing the waistlines of the nation,” crowed the magazine when it shared the diet again in June 1941, a mere three months after its first appearance. 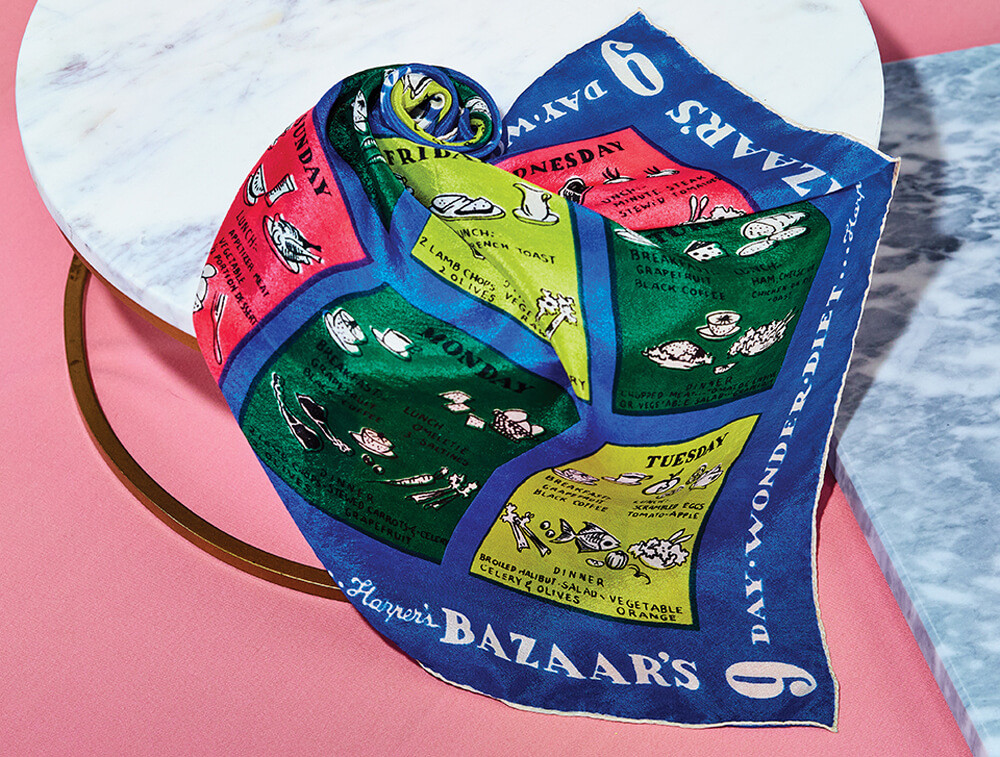 By the mid-1960s, Bazaar had reprinted the diet five times.The silk scarf wasn’t the only Nine-Day Wonder Diet tie-in product. A 1942 fashion editorial in the magazine showed a blouse and dress made of a rayon fabric printed with “All the little carrots, tomatoes, chops, and celery that have made us and kept us thin,” along with flatware and the days of the week. The blouse came in lettuce green, tomato red, carrot ,and whole-wheat tan, while the dress was dark blueberry blue. The diet also appeared on a cotton hankie (at $1, a little less than half the price of the silk scarf—$2.50) and a linen tea towel, perfect for hanging in the kitchen.Syndicated health columnist Logan Clendening, M.D., reviewed the diet in 1941 and noted the caloric intake was too low to be healthy, and the plan could “be justly criticized on the basis of monotony.” Sixty years later, a nutritionist and a dietician reviewed the Nine-Day Wonder Diet for a 2002 Harper’s Bazaar article on the century of diet advice that had appeared in its pages. “Spartan to say the least,” opined the nutritionist, while the dietician “shuddered” and said, “it’s starvation.

Lynn Peril writes the Museum of Femoribilia column for BUST magazine. She is the author of three books, most recently Swimming in the Steno Pool (W.W. Norton), a history of women and office work. Follow her on her website www.pinkthink.com, Twitter and Facebook.