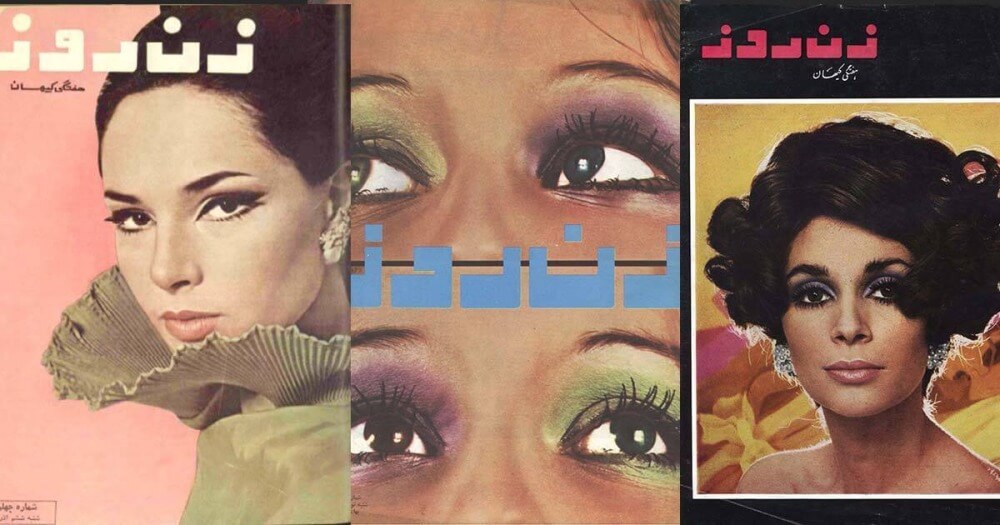 On the 13th of September this year, Mahsa Amini, 22, was arrested in Tehran for violating the rules of not wearing a proper hijab or headscarf. She was severely beaten by the police and died following the brutal treatment. Ever since that day, both Iranian men and women have been protesting on the street against the strict guidelines regarding women's clothing under the Islamic Regime, and a conversation has started about how the government treats Iranian women, and the many rules they must obey, especially regarding their clothing in public. As part of their dissatisfaction with the Iranian government, many women cut off their hair or unveiled it publicly to show their support for Amini and the movement against the Islamic dress codes. 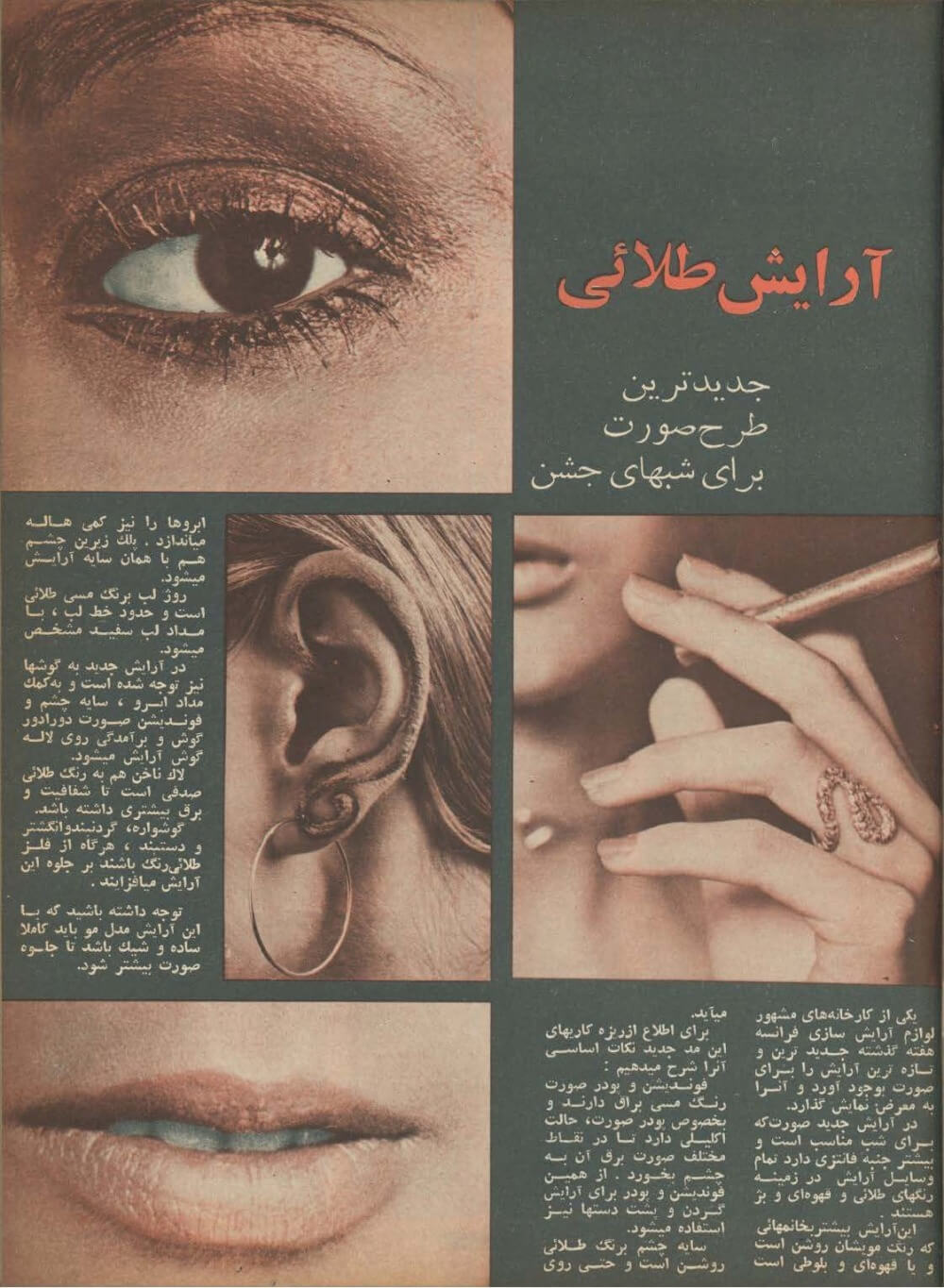 What may be surprising to many is that it wasn’t that long ago when Iranian women shared the same amount of freedom in appearance and movement as their Western sisters, and proof of this can be found in back issues of an Iranian magazine, called Zan-e Rooz (sometimes romanized as Zan-i Rūz). Zan-e Rooz was an Iranian women’s weekly magazine, and the Persian title translates to Women of Today. The magazine was started in 1964 as a Western-inspired gossip magazine, in which the women of Iran could read about their favorite Hollywood or European actors and read their horoscopes, find dating advice and get fashion and style inspiration. But after the Iranian Revolution—also known as the Islamic Revolution —in 1979, Zan-e Rooz was forced to change its format and style to conform to the new morality code enforced by the government. Its editorial board and reporters had been almost exclusively female, but most of the original staff resigned as a result of having to conform to the rules. 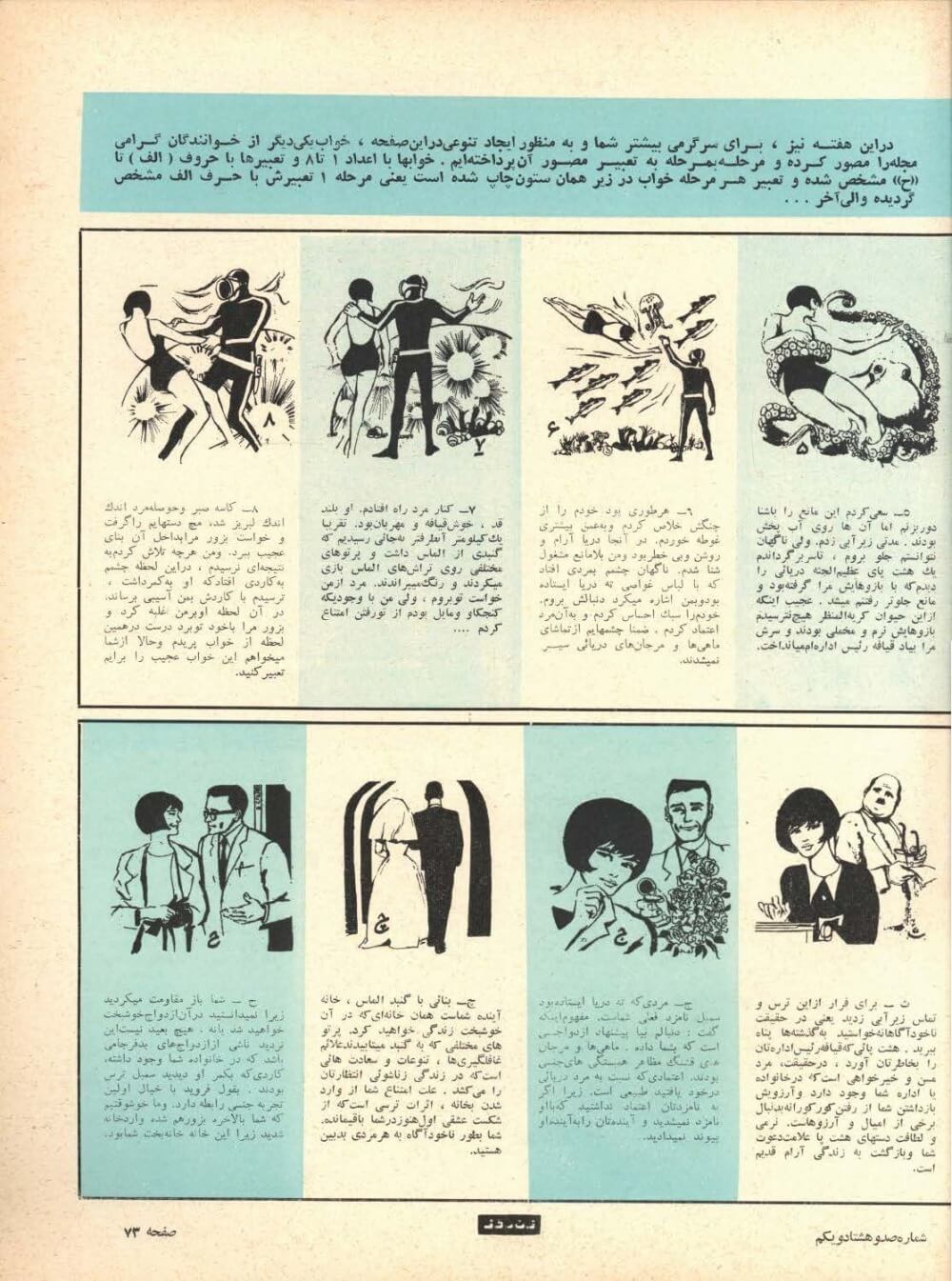 The previous issues were formerly online, but the archive was recently taken down in light of recent protests. But most of the original Zan-e Rooz magazines are still found online at archivist Anna Lucia’s online site named Perfume drinker, where you can view various issues from 1964 to 1979. Lucia has asked anyone with information or online versions of other issues of Zan-e Rooz to reach out to try and complete the collection. 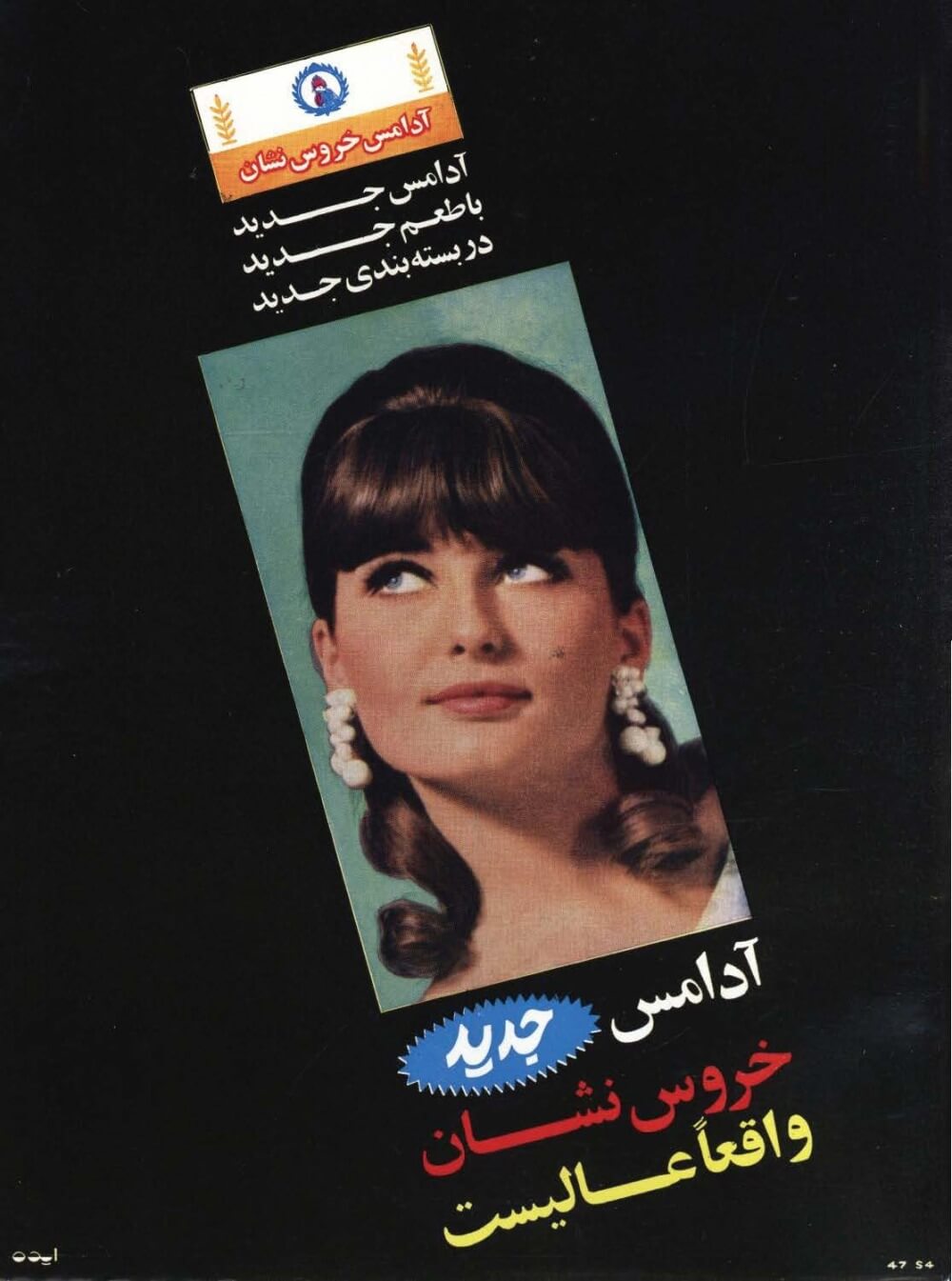 Zan-e Rooz is written in Persian, but the pictures offer a compelling insight into the lives of Iranian women in the 1960s and 70s. What is most striking in the images is the freedom and sexuality the models express: heavy 60’s makeup, big eyes, long flowy hair, and showing a lot of skin in short skirts and dresses, typical of Western styles of the day. 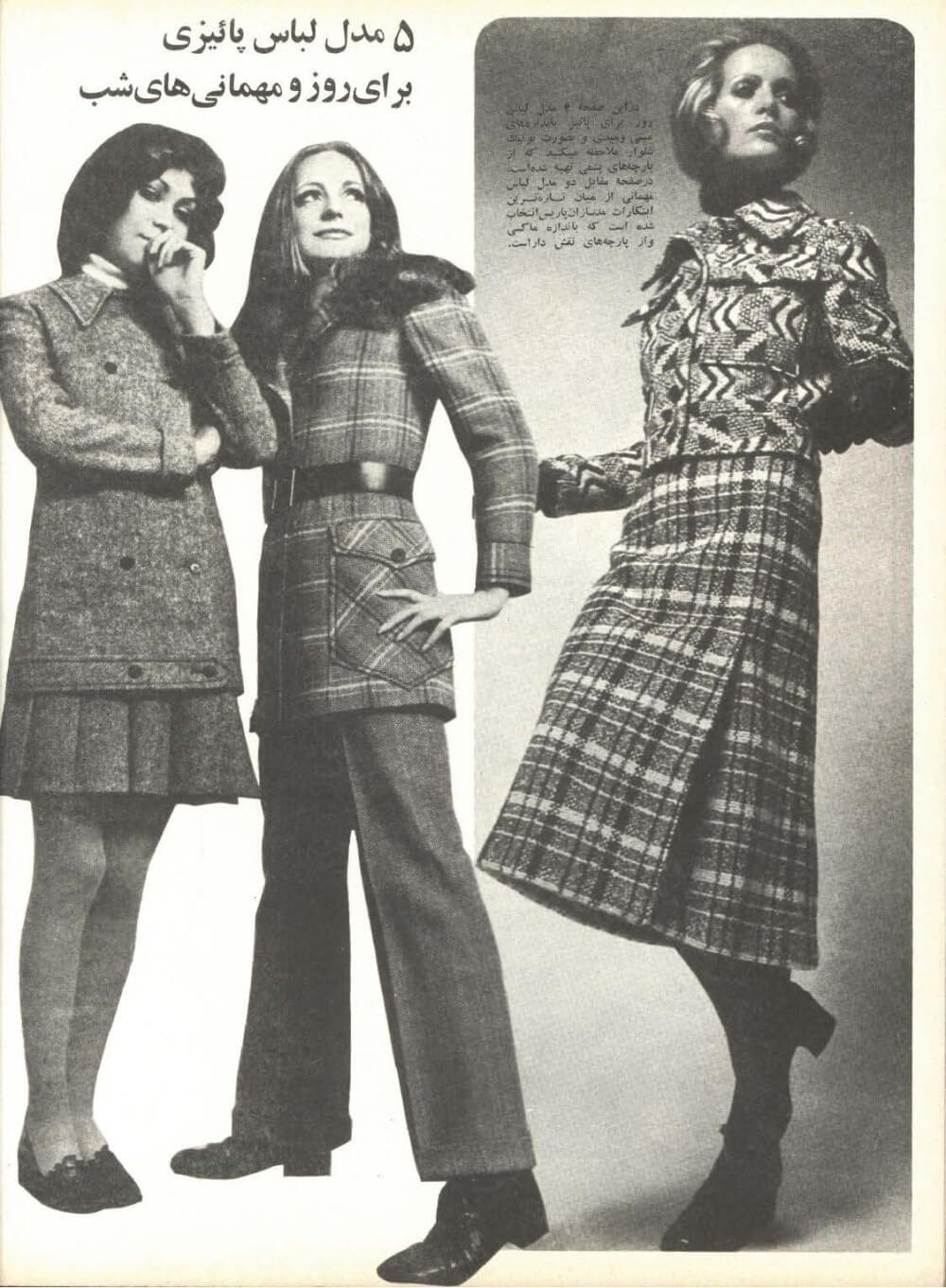 However, the turmoil around women’s dress in Iran today did not begin with the Iranian revolution—the clothing women wear in Iran has been a sensitive topic in the country for many years. In fact, it goes back to the last Iranian royal dynasty, the Pahlavi dynasty., which ruled from 1925 under Reza Shah Pahlavi (born Reza Khan) until 1979, when it ultimately collapsed. During the 54 years that it reigned, the hijab, or veil, was highly popular among Iranian women. For most of them, it is a symbol of culture and religion, but for many, it also symbolized their household traditions. 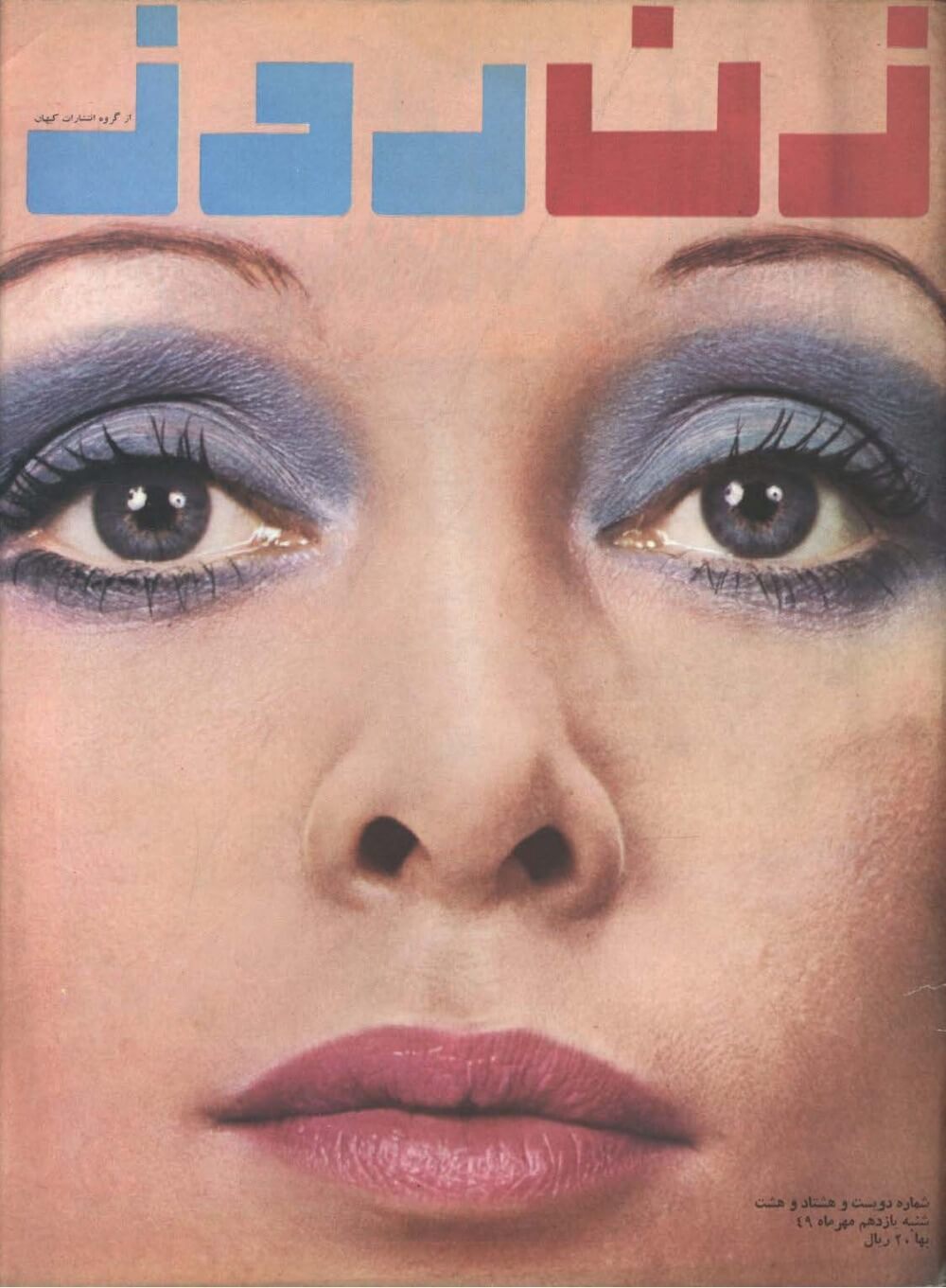 However, in the early 20th century, under the reign of Reza Khan, the government started to enforce the unveiling of women wearing veils or hijabs in public under a law named ​​Kashf-e hijab (translated Unveiling). In 1936, veils and headscarves were banned to modernize Iran the fastest way possible. The morality police were ordered to uphold the new laws by forcefully ripping the headscarves off of women, and where businesses previously could face fines if they refused to serve customers who wore improper veils, now it was illegal for businesses to serve any customer wearing a veil or headscarf. However, the ban eased when Reza Khan fled in 1941 after publically sympathizing with the Germans during World War II. 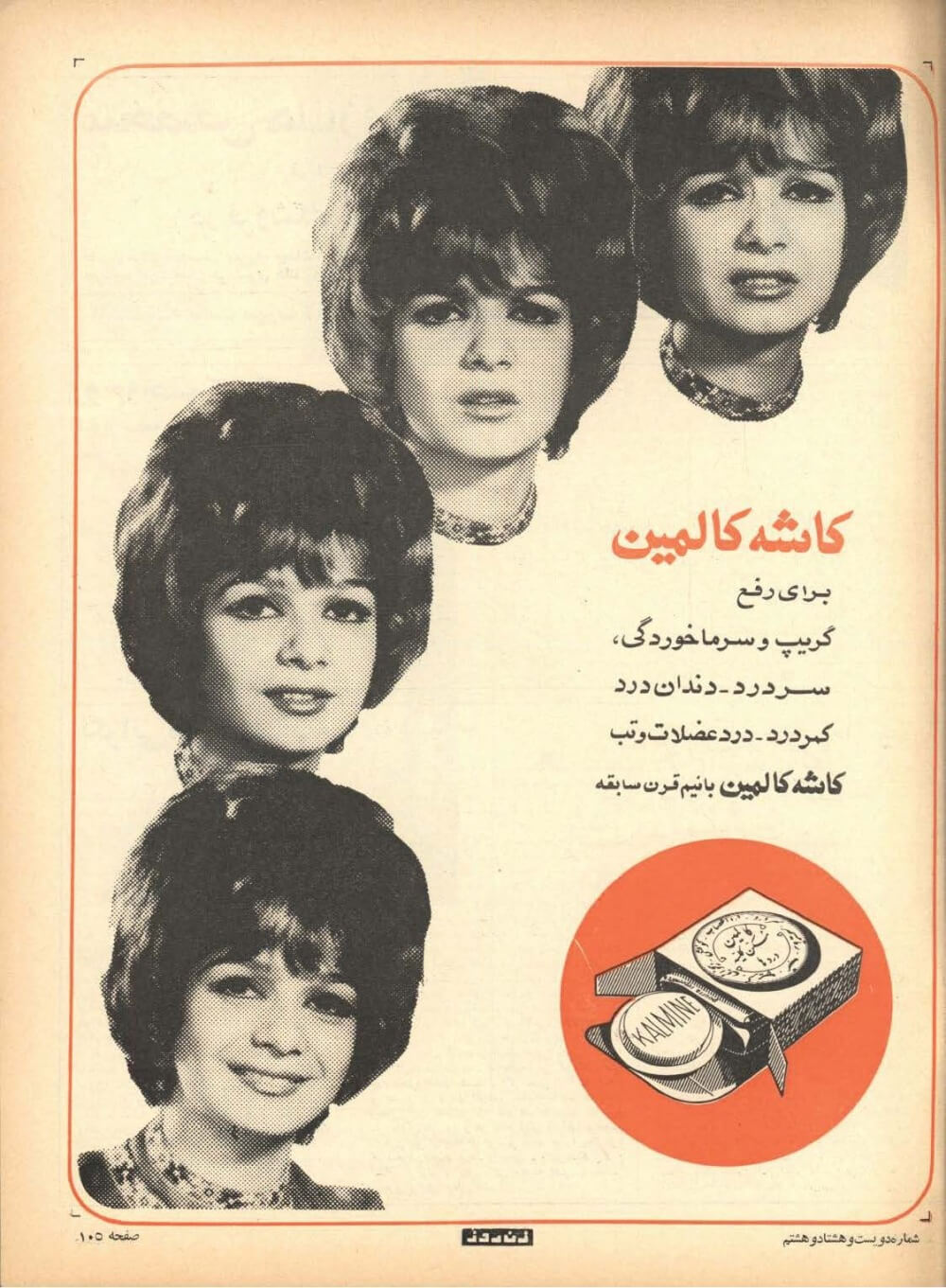 Under the Islamic Revolution in 1979, however, the veil became a political symbol once more, and many women wore it to represent their opposition to the Pahlavi dynasty. But the symbol of freedom was soon to end; after the revolution, veiling was once again made mandatory, and the headscarf became a different kind of political symbol. This obligation changed the narrative around the meaning of the hijab. 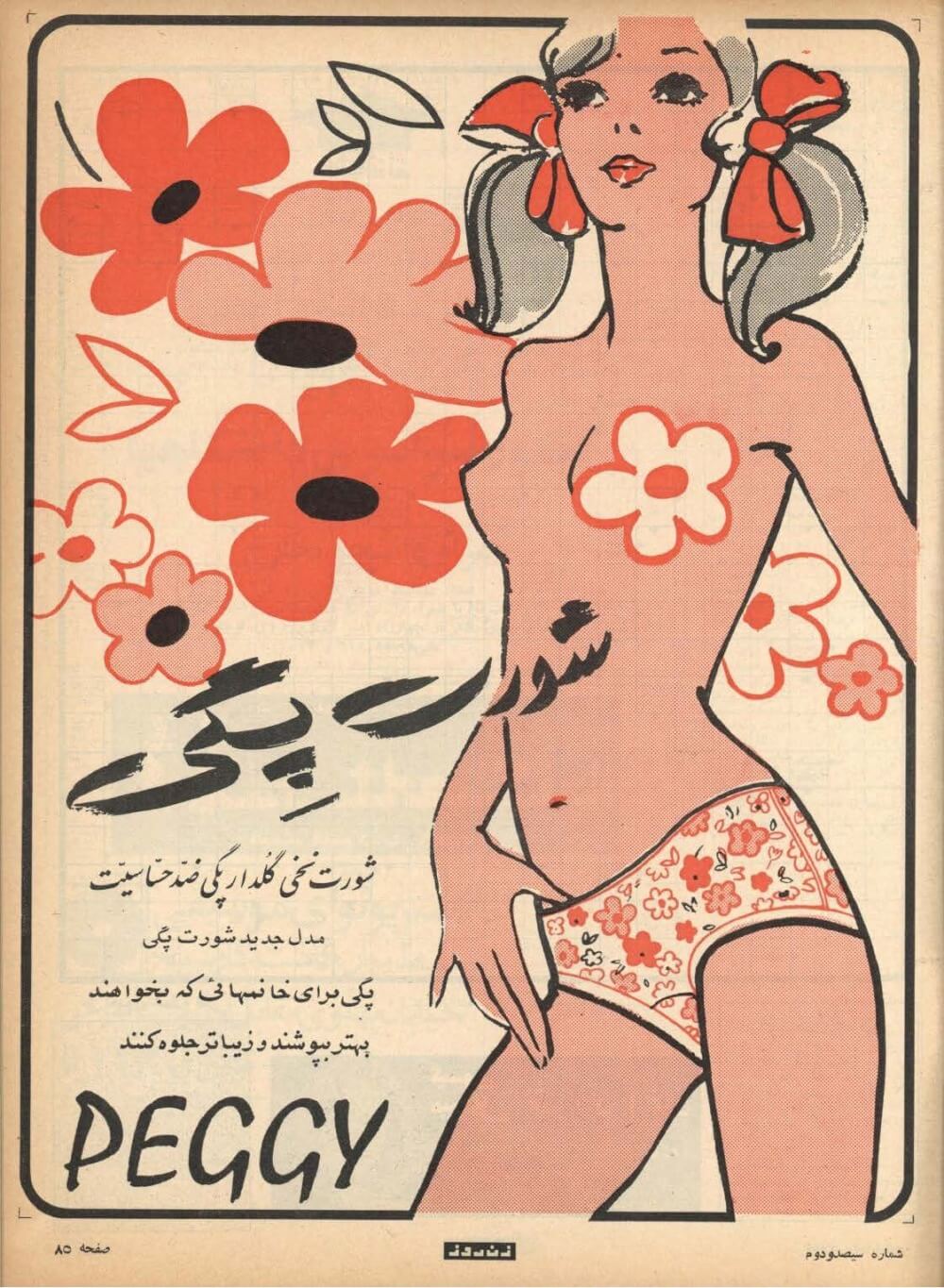 Women’s clothing and head coverings have been political and sensitive topics in Iran for many years. Women have been told what to wear, and how to behave, without having any say in the matter themselves —whether they are being forced to wear the hijab, or prohibited from wearing it, the choice is always being taken out of women’s hands. The images in Zan-e Rooz show how women’s ability to express themselves has changed severely throughout the years. The Iranian government and their morality police telling women what or what not to wear is a fundamental women’s rights issue, and the women of Iran are yet to unveil their next move in the fight for freedom.